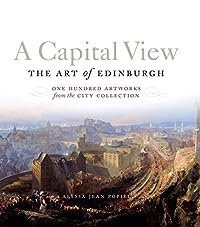 A Capital View – The Art of Edinburgh – by Alyssa Jean Popiel is what used to be called a coffee table book – maybe it still is but I haven’t heard that term for yonks. It’s sumptuous and features one hundred artworks from Edinburgh City’s art collection. It must have been such a difficult task for the author to choose which artworks to include in the volume as Edinburgh City Council has been collecting since the middle of the 18th century. But this isn’t only a book which focuses on the artworks, it also gives lots of interesting details on the lives of the artists and the history of the areas featured in the images, and of course in lots of cases the places have been demolished and it’s lucky that the artists preserved them for posterity.

Below are a few of the artworks featured. 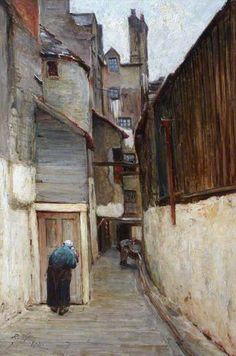 The Palace of Holyroodhouse by Claude Buckle (1960) which was a British Railways poster. 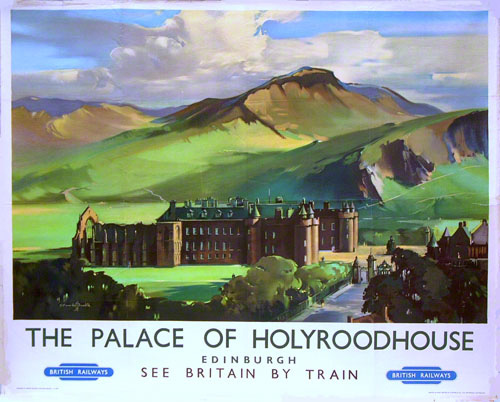 Although I borrowed this book from that library that I’m not supposed to be visiting, I think I might end up buying it as it’s so interesting.