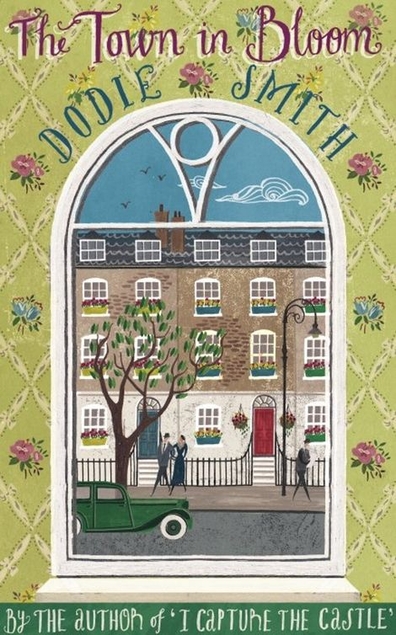 The Town in Bloom by Dodie Smith is such an enjoyable read, better than I Capture the Castle in my opinion. I think lots of readers enjoy a theatrical setting, if that’s you you’ll probably like this one. It was first published in 1965.

It begins with three old friends getting together for a meal in London. They had all met up forty years previously in 1920s London where they had been involved in theatre work and they had all lived together in a club. There is a fourth friend but she hasn’t turned up.

The story quickly slips back to when they had first met. Mouse (her nickname) is a young Lancashire lass, just 18 years old who has always been star-struck. She hopes to follow in the footsteps of her great-aunt and go on the stage. Her aunt had given her an introductory letter to Rex Crossways a famous actor-manager and Mouse is determined to get a foot in the door of the theatre he heads.

She has enormous self-confidence but sadly little in the way of acting talent, she’s such a likeable person though, quite a charmer in a good way, but she ends up being a bit silly over Rex. This is I suppose a coming of age tale, Mouse certainly grows up quickly with the help of Lilian, Molly and Zelle, but she retains her youthful spirit although she realises that she has in fact become ‘elderly’ as she’s 59 at the end of the book, (that was a bit of a shocker for me – I’m surely not almost elderly?!) But crucially Mouse has plans for the future and hasn’t given up hope of having a successful career in another branch of the arts.

Smith’s descriptive writing is a delight, especially of all the clothes worn on stage and at the various social events, particularly a Suffolk village’s annual celebration.