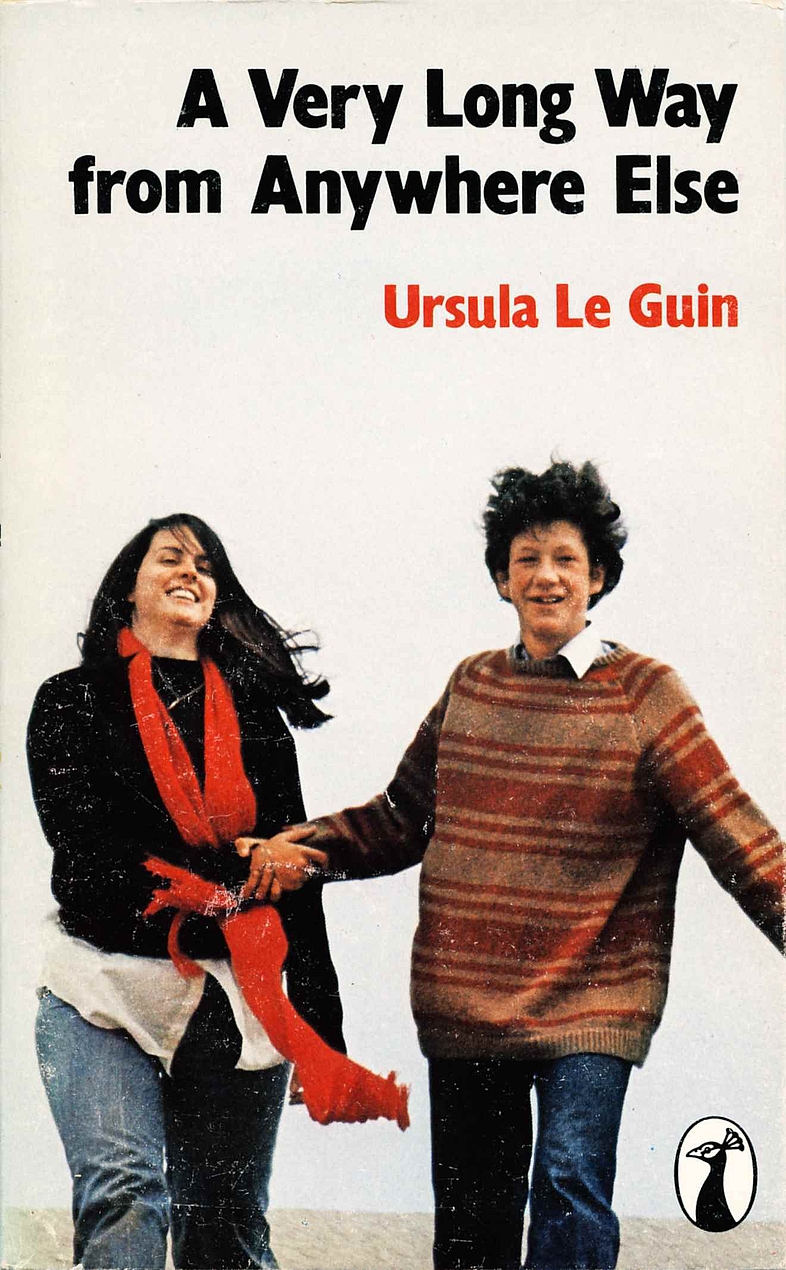 It’s 1976 Club which is hosted by Simon of Stuck in a Book and Karen at Kaggsy’s Bookish Ramblings.

A Very Long Way from Anywhere Else by Ursula Le Guin is a short novella at just 76 pages and would nowadays be described as YA. It’s a coming of age tale I suppose. Unusually for Le Guin it’s contemporary, she more usually wrote SF and Fantasy books.

Owen is a bright teenager, an only child who enjoys studying, particularly sciences and mathematics, so he’s further ahead at school than most in his year and isn’t really that interested in making friends as he has nothing in common with his classmates. He recognises that he’s an introvert and is quite happy about that. He’s planning to go to an out of state college, maybe to Princeton or MIT, but his parents have different plans for him. They assume he will go to the rather mediocre local state college – just as they did. Owen doesn’t bother to argue with them about it though.

On his 17th birthday they give him a brand new car, but Owen hadn’t wanted a car, that car only represents what could have been an entire years’ living expenses for him when he leaves home to study. Imagine his father’s disappointment with this son who doesn’t want a new car!

A chance meeting with a girl on the bus who is at his school widens Owen’s world somewhat. Natalie is a talented musician who has ambitions to become a composer, particularly as there are no female composers, well none that are known and successful, she plans to change that in the future.

A close friendship and budding romance goes off the rails as modern life seems to put pressure on things to move faster than either of them are really prepared for.

It was an enjoyable if very brief read. Owen is amazed to discover that unknown to him he has had a lot in common with the Brontes as in the past he had also constructed a fictional country of his own called Thorn, it’s a place where he could be in control I suppose. He didn’t write stories about it, but drew maps and wrote about the flora and fauna of his fictional country, then he wrote its history. Natalie loves the idea and decides to write some music for Thorn.

The opening paragraph is:

If you’d like a story about how I won my basketball colours and achieved fame, love and fortune, don’t read this. I don’t know what I achieved in the six months that I’m going to tell you about. I achieved something all right, but I think it might take me the rest of my life to find out what.

It’s the 1976 Club which is hosted by Simon of Stuck in a Book and Karen at Kaggsy’s Bookish Ramblings.

For me 1976 has been a bit of a slim year reading wise, since blogging it seems that I’ve only read two from that year:

A Stitch in Time by Penelope Lively

Touch Not the Cat by Mary Stewart

I enjoyed both of those ones a lot. This week I’m reading a couple of short books by Ursula Le Guin, novellas really, A Very Long Way from Anywhere Else and The Word For World is Forest. These ones are both from Jack’s Le Guin collection, most of which are SF of course but the first one I mention isn’t SF.

I must admit that 1976 has seemed like a fairly bad year for publishing. I can’t say that I noticed at the time, I did work in a large public library back then, but it was also the year that I got married, yes I am fairly ancient, but I was a child bride! 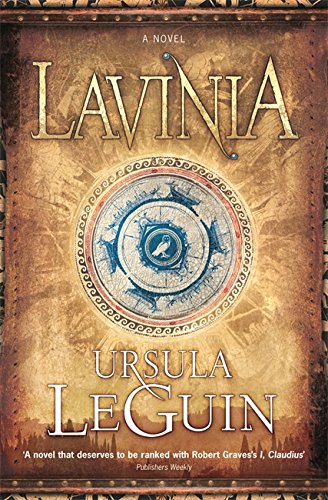 I really don’t like it when books don’t have chapters, so my heart sank a wee bit when I started reading Lavinia. It just makes it easier when you can break off your reading at the end of a chapter. I can see that chapters wouldn’t have worked in this book though.

It really wasn’t a problem with Lavinia, for one thing the book flows so smoothly and easily that I found myself reading it in just three big bites.

Ursula Le Guin has taken Virgil’s epic The Aeneid and concentrated on the character of Lavinia. She is the daughter of King Latinus and is very close to him but her relationship with her mother, Amata, isn’t so good. Queen Amata has never recovered from the death of her two small sons and with Lavinia as the only surviving child her mother’s only wish is for Lavinia to marry Turnus, who is a cousin.

Lavinia has been to the sacred springs of Albunea, where a poet has told her of her future, and Turnus doesn’t feature in it as her husband.
Her decision not to marry him causes death and destruction all round.

Ursula Le Guin certainly knows human beings and the characters are all so believable that before you know it you’re completely wrapped up in a mythology of how the area around what became Rome was settled.

Amongst other things it’s about how wise leaders avoid war and strife because they are able to see the waste and sorrow which it brings to their people.

I found the Afterword to be really interesting too. Le Guin mourns the fact that Latin is no longer taught in schools (and I’ve done that myself here) she says:
So with the true death of his language, Vergil’s voice will be silenced at last. This is an awful pity, because he is one of the great poets of the world.

All in all, a very enjoyable read. The only other books of hers which I have read are the Earthsea ones and her book of short stories The Sea Road but I’ll have to dig some more of her books out.