A few weeks ago I was contacted through my blog about the Martyrs’ Monument in Edinburgh’s Calton Burial Ground. Martin, a student who was doing a short film about it as part of his course, asked me if I would mind saying a few things about the monument on film. 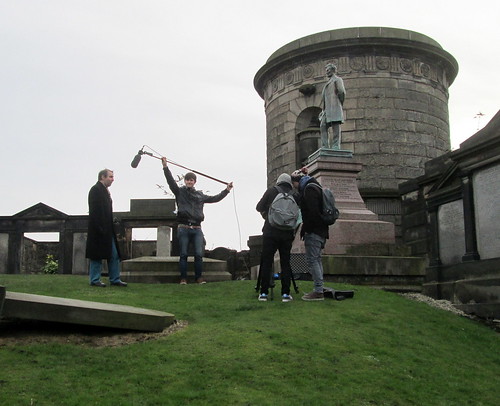 That was far too high profile for me, I like to lead a fairly anonymous life but I asked Jack if he would do it and as you can see he was happy to do so, he’s much more at home with that sort of thing than I am. 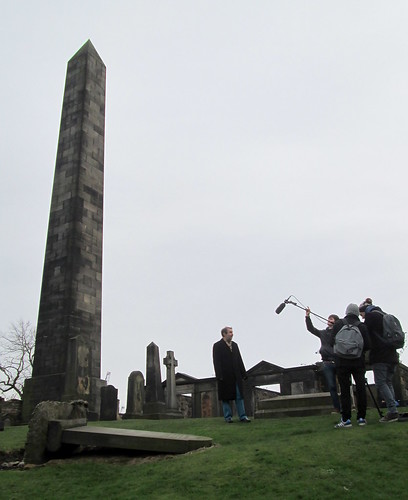 Although the monument – the massive obelisk at the left – was erected in 1844 by The Friends of Parliamentary Reform, the men that the monument commemorates were martyred in 1793 and 1794 when they were transported to Australia, for having the temerity to ask for the vote for ordinary working men. You can read about it here. Revolution was in the air I suppose and those in power here were terrified that the French Revolution would spread to Britain, so the men were sentenced to 14 years in the penal colony in New South Wales, tantamount to a death sentence. William Skirving, the one which I’m related to according to family legend, died of dysentery there. 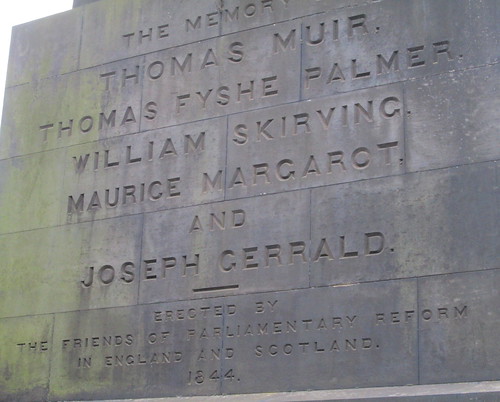 It was nice for us to be able to help Martin with his course work. 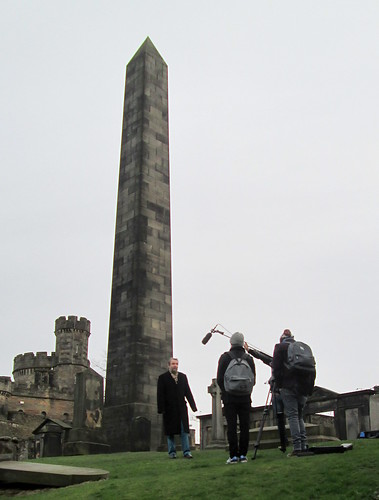 If you want to visit the cemetery too you might find this short film from Edinburgh Video Guide helpful.

The sharper eyed amongst you may have noticed a statue in the background of the top picture that looks very like Abraham Lincoln. That’s because it is. It’s on a memorial to Scots who fought in the US Civil War. 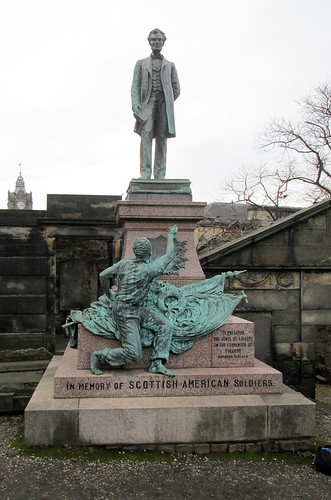