As soon as the weather began to warm up a wee bit I was out in the garden digging up more grass to get planting space. Whilst out there I took a few photos, these were taken last week and everything has grown quite a bit since then, especially the weeds! 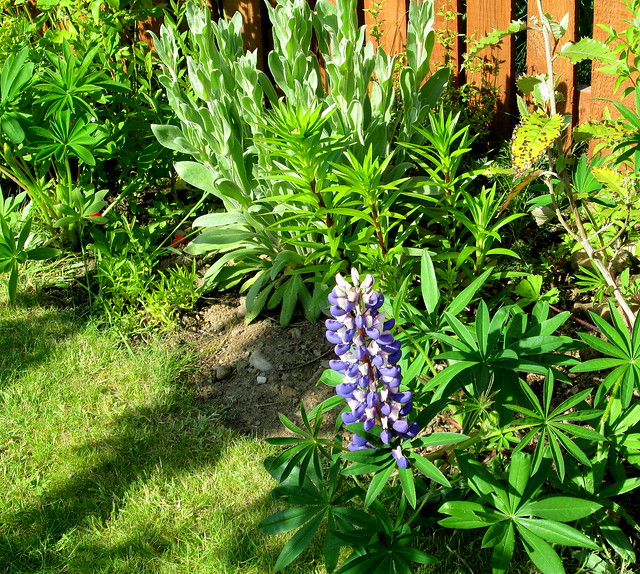 I know that in some parts of the world lupins ARE more or less weeds as they grow wild, but I grew mine from seed last year, and I’ve been waiting since then for them to flower, the blue one was the first.

Then the red ones started, it’s a very deep pink really and I think a gorgeous colour, I’m particularly pleased that the colour fits in well with the euphorbia to the right and the black widow purple geraniums to the left. The climbing rose in the background which is just budding is called Ena Harkness I think. 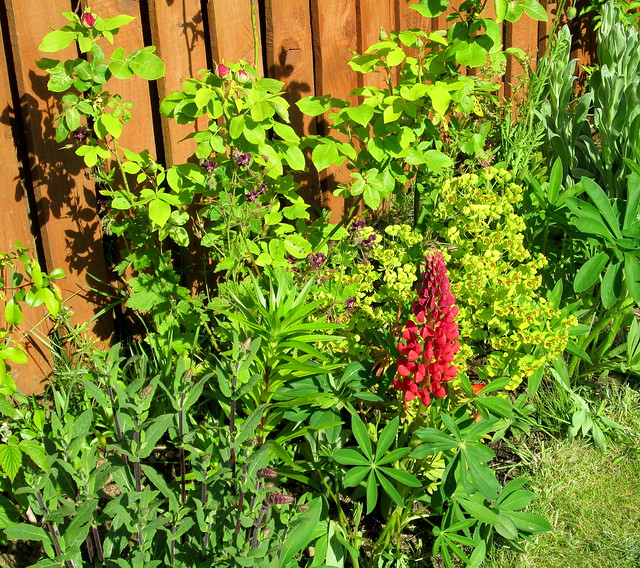 This purple clematis is flowering right at the base of the garden seat, I’m hoping the plant will eventually clamber through the trellis around it. 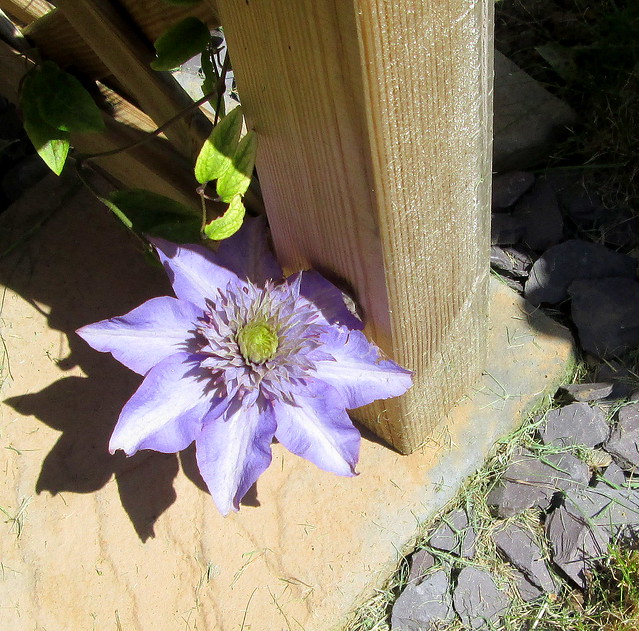 This aquilegia plant was in one of the few garden tubs which I managed to bring from the old garden and it has seeded itself around, I have been throwing seeds which I collected in previous years around the garden and I now have quite a few coming up, different colours I hope. I gave Peggy a whole lot of seeds to plant in her garden in the US but those pesky customs people at the airport confiscated them, even the ones which were in packets straight from a garden centre. 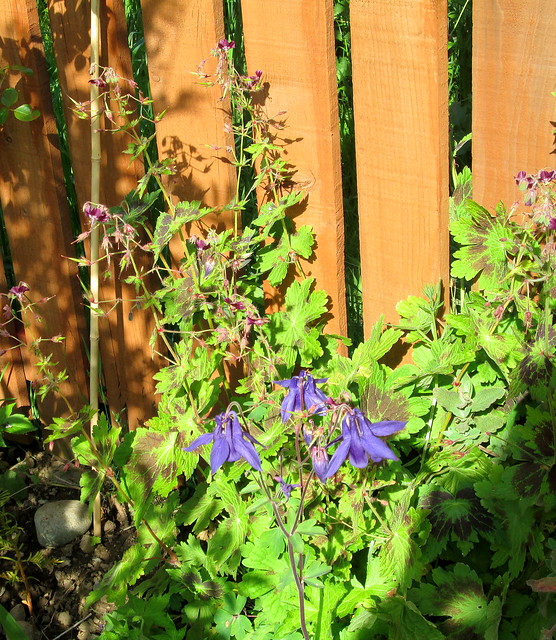 I’m disappointed with my Queen of the Night tulips as only one of them has flowered. When I planted them they were all beginning to sprout but maybe our stop start weather didn’t suit them. 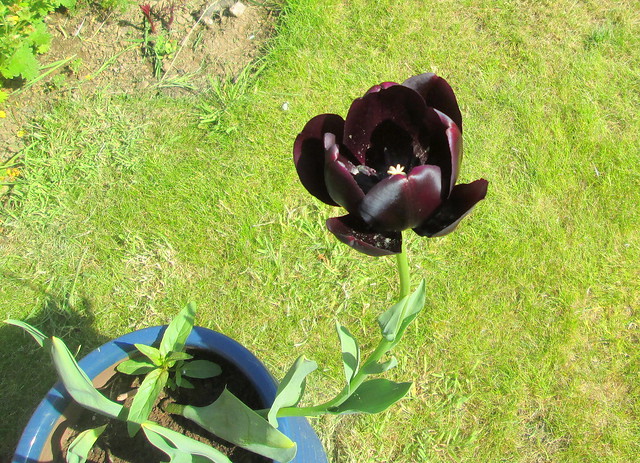 This yellow rose was a disappointment too, I can’t remember the name of it, I have the label somewhere so I’ll be able to look it up later. Yellow roses are my favourites but this one has very flat flowers which open out very quickly and are over and done with in 24 hours, they’re similar in shape to the wild dog roses although larger. On the plus side this bush has loads of buds on it so there are always more flowers to come and the leaves are very healthy. 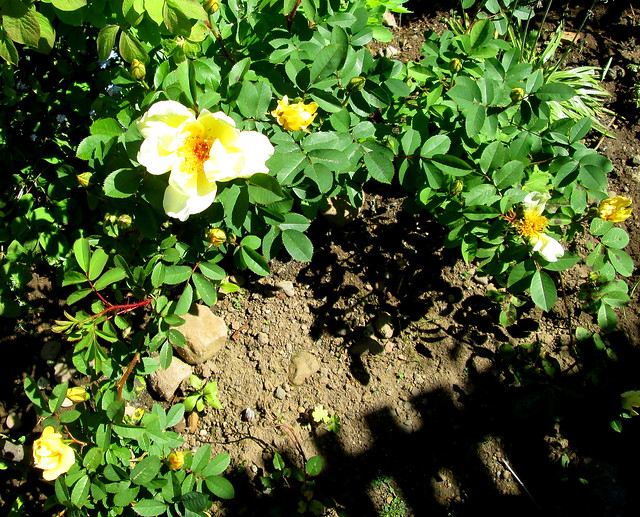 And finally this clump of thrift is doing well in the rockery area, I’m not sure about the pansies though, although they look nice and bright there they don’t quite fit in so I think I’ll be moving them when they stop flowering, but that’s gardening for you, we’re never happy and can always think of things to improve the design! 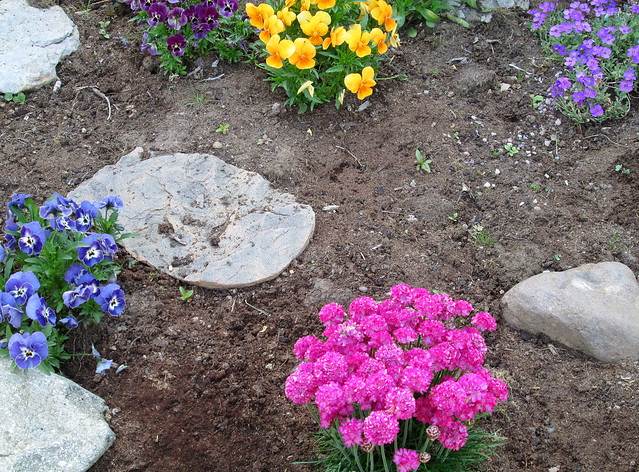