The biggest place which we visited during our recent Netherlands trip was the university town of Groningen. I like university towns because with a high population of young people they’re always vibrant. 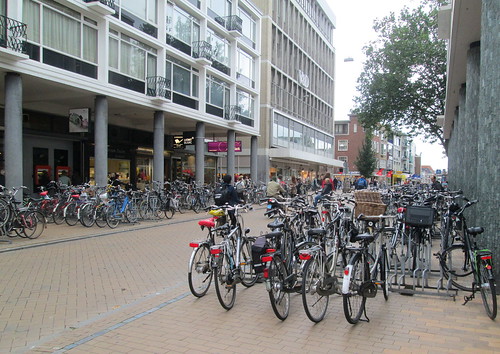 We were well warned to be on the look-out for kamikaze cyclists, obviously there are always a lot of bikes around anywhere in the Netherlands but more so in university towns. In fact it wasn’t as dangerous an experience as Cambridge where the cyclists whizz around in a much more cavalier and dangerous fashion. Being so incredibly flat is obviously a big plus for cyclists, in fact I saw a lot of really elderly people who were still cycling and they looked like they were too old to be able to get about on their own, but they were doing fine, it’s a great way of keeping your legs strong it would seem. 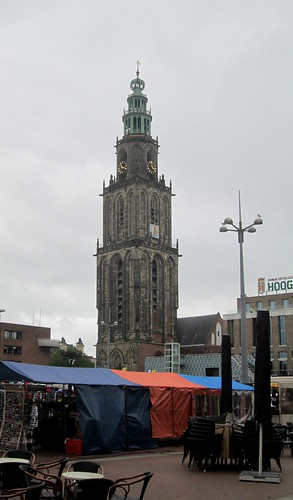 The Martini Tower above seems to be the most famous landmark in Groningen. The photo below is of the sundial which is attached to the tower. I like sundials, especially when they are attached to ancient buildings like this. 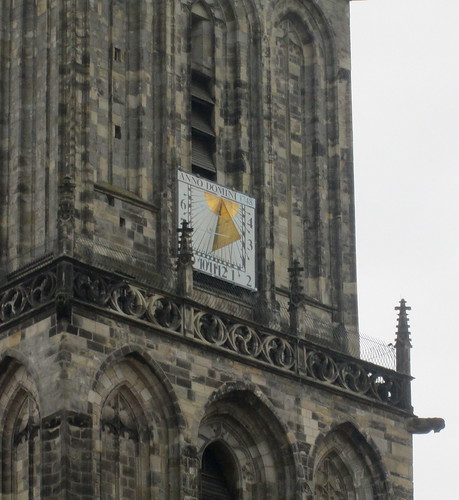 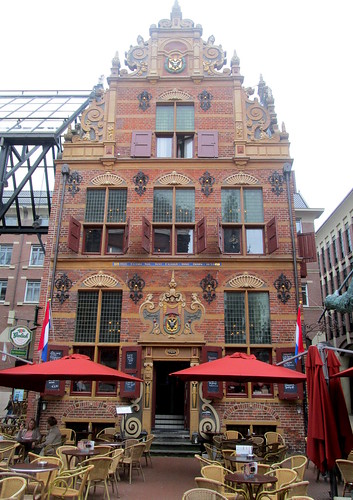 I took the photo above because I liked the look of the old building which must have started off as a grand venue for something but I didn’t manage to find out what its original use was, it’s now an eatery.

Lastly, I couldn’t resist taking a photo of this poster in a bookshop window. It’s in English of course and it amazed me how much English there was about the place. It must make it easier for people to learn the language I suppose, everyone seems to speak English anyway. That’s just a few of the Groningen photos which I took, next time you’ll see the town from the canal. 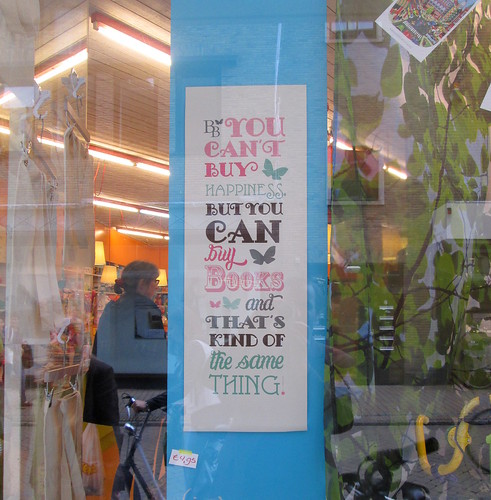 4 thoughts on “Groningen, the Netherlands”