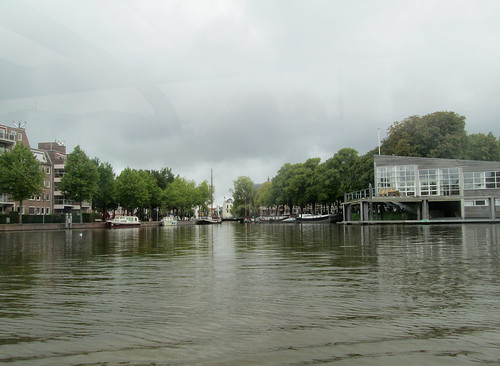 Well you can’t go to the Netherlands and not go on a canal trip, so here we are at the beginning of it (I think) I took loads of photos from the boat, just because the buildings all look so different. 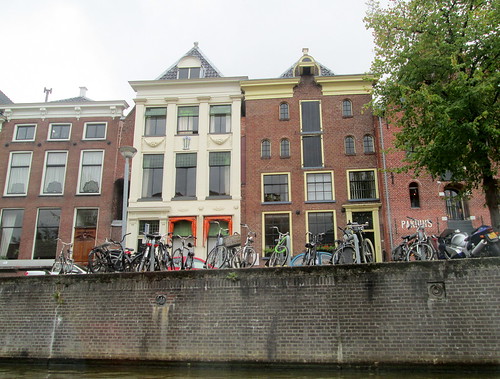 I have to say that the water is really murky brown but I did actually see a man dangling a fishing rod into it. I wouldn’t fancy eating anything which was swimming around in it, mind you I think he was being optimistic because I can’t imagine that fish would survive in it! 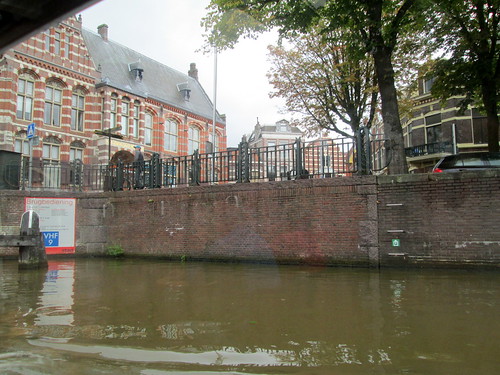 I find it difficult to tell how old some Dutch buildings are, places which seemed very well preserved and youngish to me were actually about 400 years old, I have no idea about the ones above but I suspect they are quite historic. 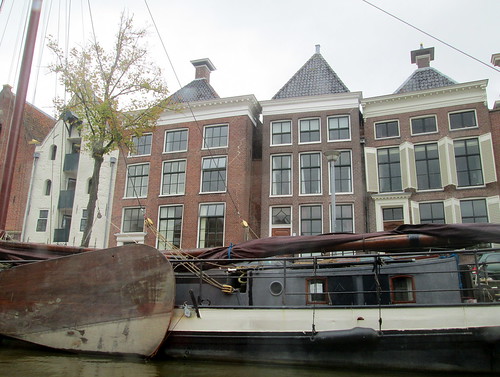 The photo above features a houseboat, I don’t think it will be a very quiet or comfy existence because they are sandwiched between a busyish road and on the edge of a busy waterway with tourist boats constantly going past, they must be able to hear the tour guides’ spiel, in several languages! The large wooden wing shaped thing on the left of the boat is actually a stabiliser which is used when the houseboats take part in races! 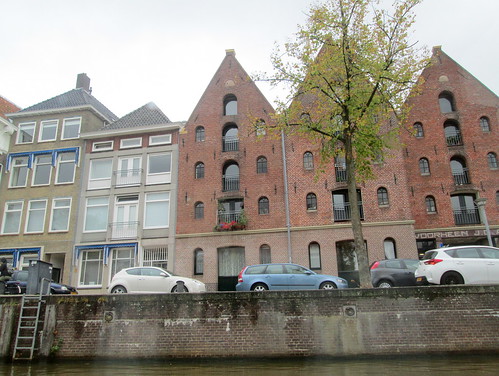 A lot of the old buildings were originally warehouses for gin, tobacco or whatever, and they have been converted into living accomodation. 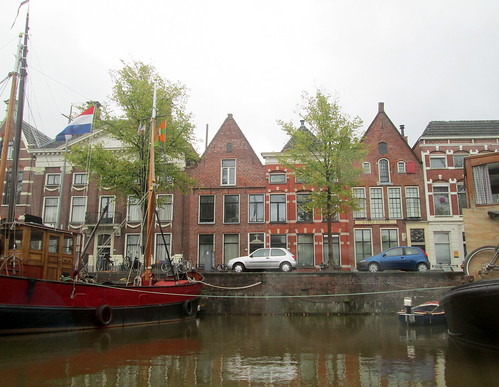 So that’s a few of the views which I got of Groningen from the canal, which hopefully will give you some kind of idea of what the place is like.

4 thoughts on “Groningen from the canal”