A couple of weeks ago I was wandering around an antiques centre when my attention was drawn to some framed cartoons, which is unusual in itself as I hardly ever look at anything which is framed as I have boxes of such stuff which I don’t have wall space for now. 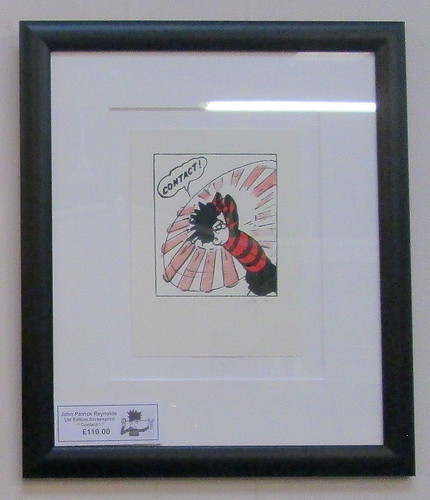 Above is good old Dennis the Menace, not the one which featured in an American film some years ago, sadly there was no cartoon of his dog Gnasher.

Anyway the DC Thomson cartoons are iconic I suppose, as Scottish as you get although for me growing up in the west of Scotland they were always slightly exotic and unreal as the characters always spoke in an east of Scotland dialect, where kids aren’t called ‘weans’ (pronounced wains) as they are in the west but are called ‘bairns’. 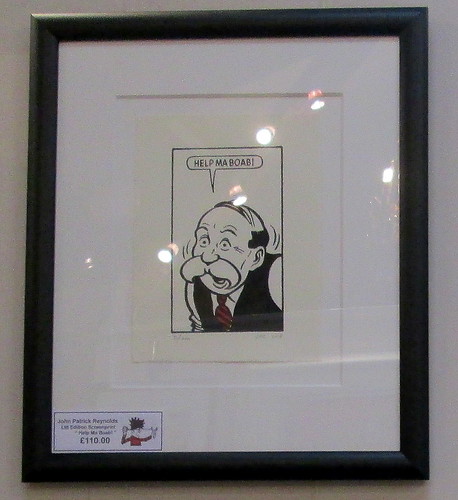 Above is Paw Broon, can you believe that I was 21 before I realised that The Broons actually meant The Browns, I don’t know where my brain was for all those preceding years!

The ‘fun pages’ in the middle of The Sunday Post newspaper were the only things which brightened a Sunday for me in my childhood. Sunday meant forced church attendance and boredom in general.

Below is lovely wee Oor Wullie, everybody’s favourite I think. 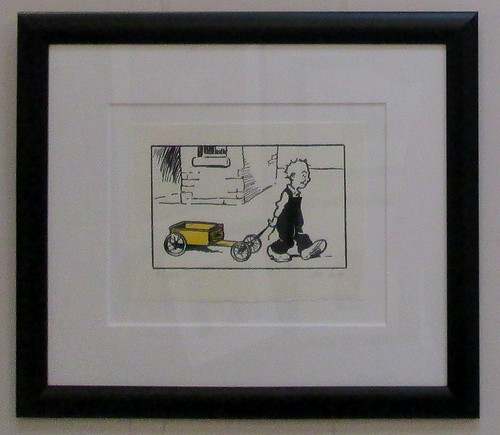 There was a TV programme on not long ago about the cartoons and they spoke to a lot of Scottish ‘celebrities’ about Wullie and I found it hilarious that almost all of them gentrified him to ‘Willie’ – he is definitely Wullie. Christmas isn’t Christmas without a Broons or Oor Wullie annual. Ooh I think that’s my first mention of the ‘C’ word, well Halloween and Guy Fawkes are over with so I suppose it’s fair enough, it’ll be that time in a flash.

Much as I like the cartoons, I think they’re a bit on the steep side price wise. Nice though.