Looking back again on our few days away in Glasgow recently, we walked from our hotel along Argyle Street, part of which you can see below. It was quite early in the morning but still busy. 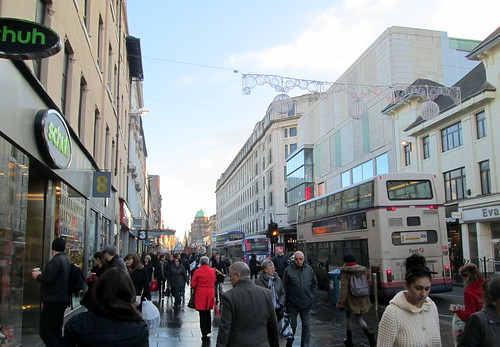 The other end of Argyle Street in the photo below is looking along to what is nicknamed ‘The Hielanman’s Umbrella’. What looks like a building across the bottom of the road is in fact a railway bridge and as it is situated near the Highland Institute it apparently always had a lot of ‘teuchters’ (Highlanders) sheltering from the rain there, waiting to meet up with their dance date before going into the dances at the institute. 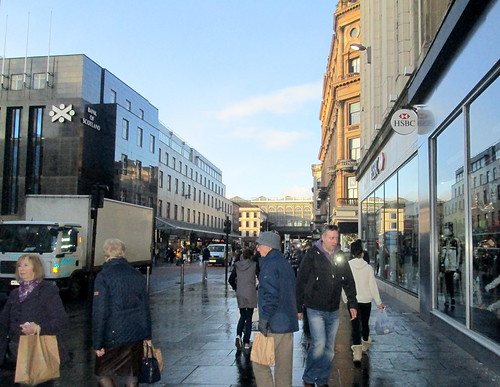 I must have walked past this doorway below thousands of times but it obviously was always just there and it never made much of an impression on me as I couldn’t remember ever seeing it before. It certainly made me look this time, those Victorians liked to do things on a massive scale. It’s a side entrance to what is part of the Frasers building. Remnant King’s fabric shop is up the stairs from there and that is where I was heading anyway. 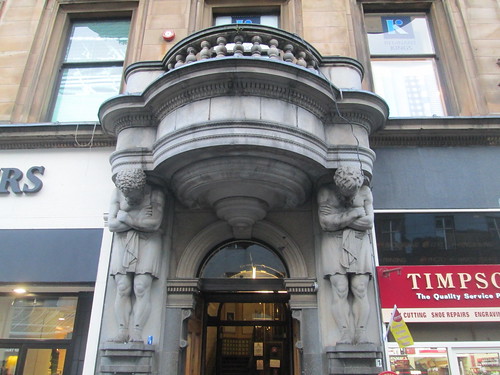 So through that doorway you enter a ‘close’ or an internal stairway. And here it is below, it is what is called in Glasgow a ‘wally’ close. Wally (pronounced to rhyme with sally) means china or pottery and it refers to the fact that the walls are tiled. You might have heard of those china spaniels which were popular in Victorian times and on many a mantlepiece being referred to as ‘wally dugs’ If you lived in a block of flats which had a wally close then it was always seen as being a bit posh, better than just painted walls anyway. 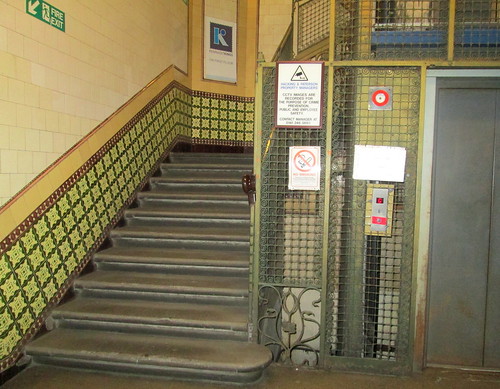 Going up the stairs to the shop I wanted to visit, there’s quite a grand window, but just up a few steps from that was the door to the shop which had a sign on in saying – CLOSED – SEWING CLASS IN PROGRESS.

So I never did get into that fabric shop this time around which I ended up being quite glad about because Manders is a better one I think. 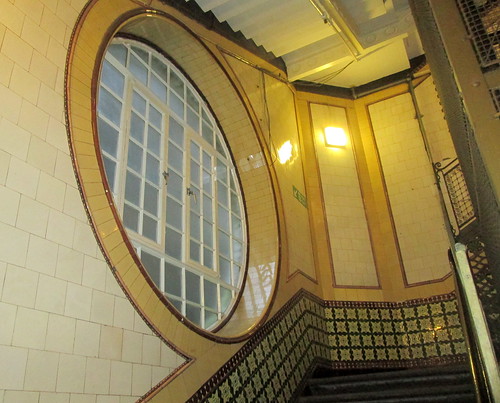 2 thoughts on “Argyle Street in Glasgow”