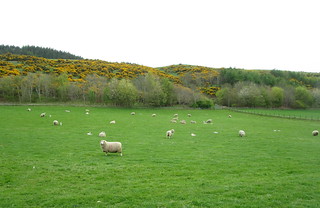 You might know that Peggy of Peggy Ann’s Post is staying with me at the moment and one of the places she really wanted to visit is the farm in Fife where the Scottish crime author James Oswald breeds Highland cattle and sheep, so that was one of our first ports of call. 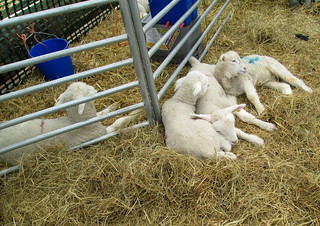 Almost all of the sheep had had their lambs recently and they were happily doing sheepish stuff in a large field, but there were a few lambs and sheep which were being kept in a sort of creche consisting of a large open ended poly tunnel which keeps the worst of the weather off them but allows them to have the benefit of fresh air. 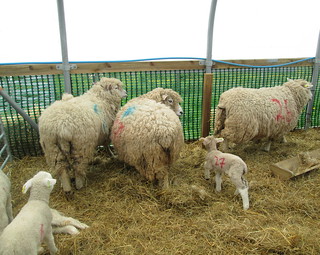 Some of the lambs had been abandoned by their mums and others were there because their mums didn’t have enough milk for them. One wee lamb had been lying at an awkward angle inside his mum and so he was born with distorted front legs but they seem to be straightening out as he grows although I think they’re still a wee bit swollen. 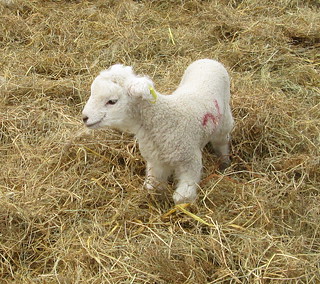 There are also a few big fat sheep in with the lambs, a couple of them are past their due date for giving birth, ladies in waiting!

James kindly took time out of his busy life to drive us to the field where his ‘coos’ were busy munching away. I think everybody loves Highland cattle and I remember a time when they were really quite rare, but they are becoming more common now, partly because they are so placid. They backed away from us when we went into their field but when they realised we weren’t a threat to them they settled down and became quite interested in us I think. Some of the cows are around 15 years old and he knows them from birth so I suppose they’re like part of the family. The cow on the far right of the first photo looks rather comical as it looks like it has a set of horns front and back like a pushmi-pullyu. 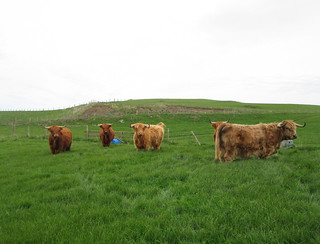 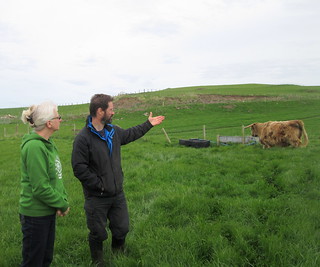 James gives all his cows names and there are several generations of them in this field. People tend to think of Highland cows as being red haired but some of them are sort of honey blonde and even black. The cow which he called Catriona has black hair, I couldn’t help thinking that she should have been a redhead. The females seem to be kept for breeding but I suspect the males which are born have a somewhat shorter life. James Oswald says he would never want to give up on his animals to concentrate solely on his writing. 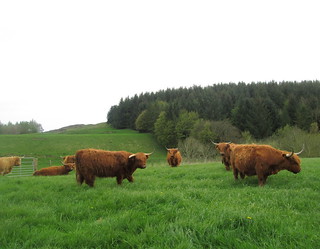 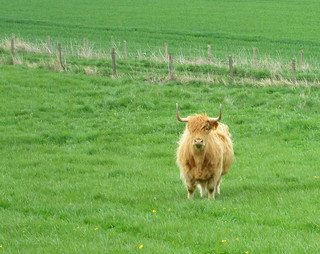 The farm’s location is wonderful, what a view he has from his front window, which looks right over the River Tay to Perthshire, or should I say Perth and Kinross nowadays? But I’ll show you that in another blogpost.

6 thoughts on “A Farm in Fife”