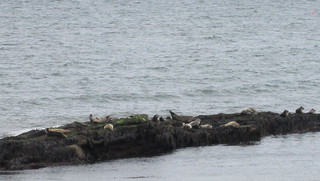 Peggy had never seen seals in the wild before so we went to Seafield by Kirkcaldy in Fife in the hope that there would be some basking on their favourite rocks and as you can see we were lucky, there were loads of them. 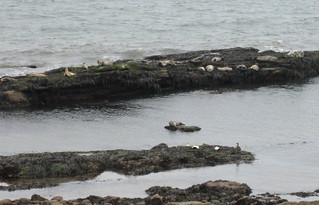 Sadly they were unusually silent, but the one on the wee rock in the middle of the photo did put on a good show for us, hauling itself onto the rock then immediately flopping off again to go for a quick swim around before taking up its original position again. Those seals deal with the rocks much better than we do, we were in danger of breaking our necks while we clambered over rocks to get closer to them. Peggy said it was many years since she had done anything like that. Two limpet shells were liberated from the beach by her, she had never seen them before, that was a surprise to me. 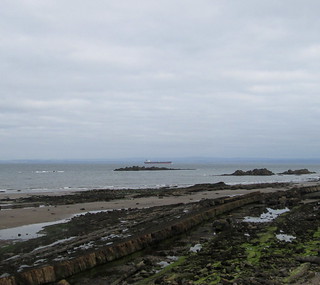 It was a windy day, in fact we’ve had a lot of windy days since Peggy got here and she now realises how wearing the wind can be, especially when it nearly knocks you over. There weren’t many ships about.

2 thoughts on “Seals at Seafield near Kirkcaldy in Fife.”