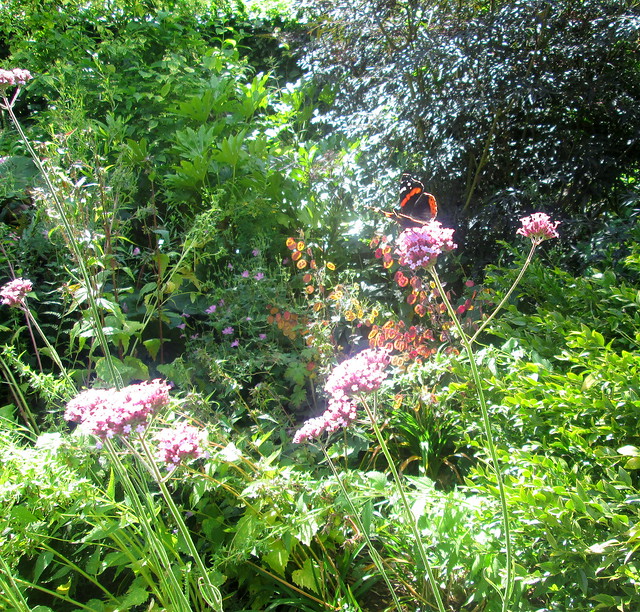 Here we are back at Barnsdale and I hope you can see the butterflies enjoying the flowers. I must admit though that I’m not ever going to plant any buddleias in the future, no matter how much they’re enjoyed by butterflies, as they’re such a menace to buildings with their habit of germinating in stonework. 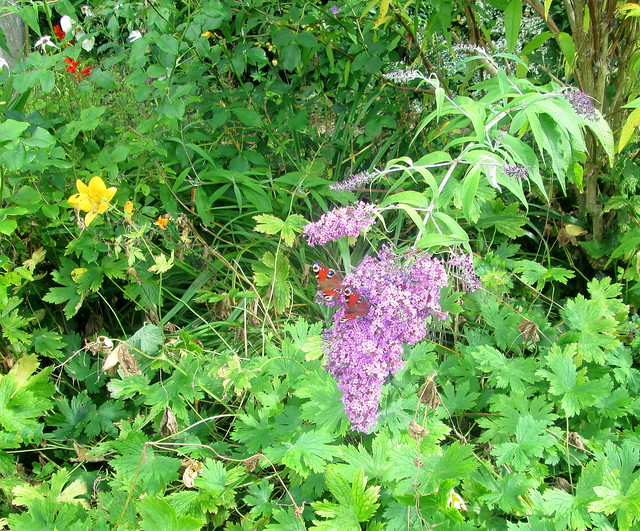 I think the flowers below are perovskia and agapanthus as well as some sort of huge thistle. For some reason my agapanthus didn’t flower at all, fingers crossed for next summer. 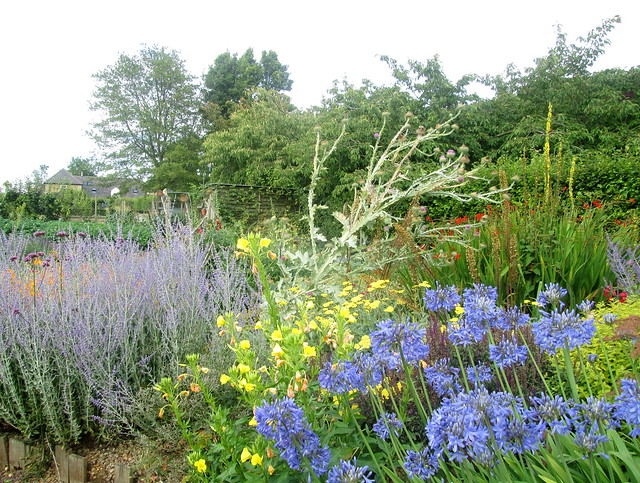 Acanthus is the main flower below, or you might know it by its common name – Bear’s breeches. These spiky leaves were often used in designs in Victorian times, in fact the cornicing on the ceiling in our old house was acanthus leaves. They also feature on the top of some Victorian pillar/post boxes which I didn’t realise until Valerie in NZ mentioned it in a comment. 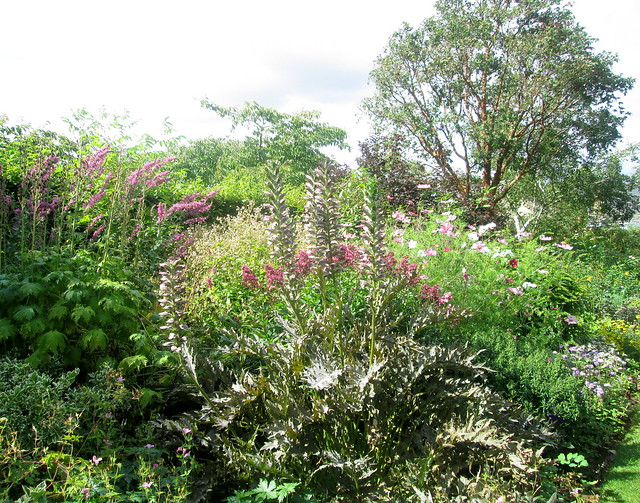 As you can see below, some of the box hedges have been scarred by box blight, but it looks like they’ll recover. I love the rambling rose but have no idea what it’s called. 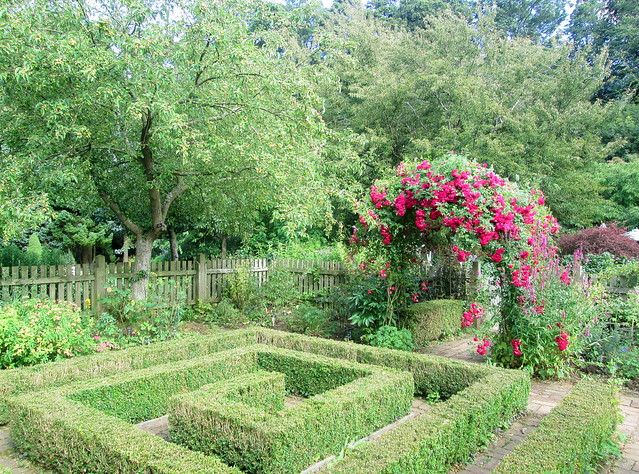 As the trees in my neighbourhood are beginning to change colour it’s good to be able to look back at what was the height of summer when these photos were taken.