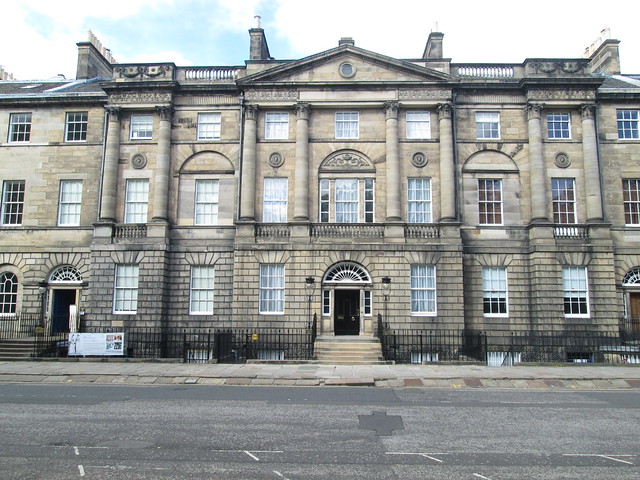 At last we got around to visiting The National Trust’s Georgian House in Edinburgh at number 7 Charlotte Square. It’s obviously the house on the left of the photo above with the posters on the railings outside it. The house which it is attached to, the central building, is Bute House which is the official residence of Scotland’s First Minister Nicola Sturgeon. Edinburgh is famous for its Georgian terraces and crescents. These buildings were designed by Robert Adam who was of course born in Kirkcaldy. 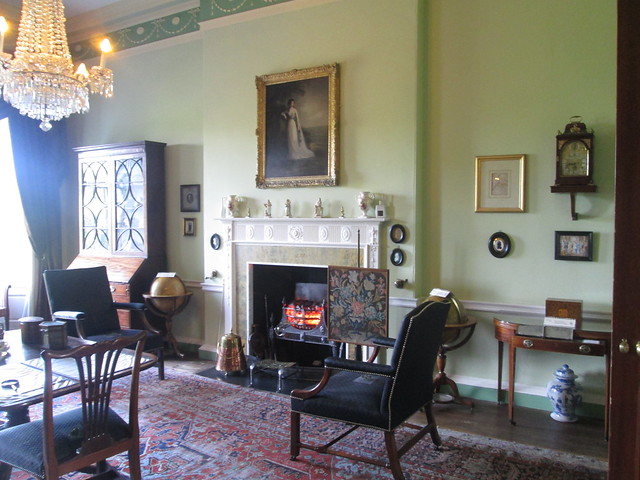 And hallelujah, The National Trust have just changed their policy on internal photos of their properties and you can now snap away, as long as you switch the flash off. Above is a photo of the sitting-room. 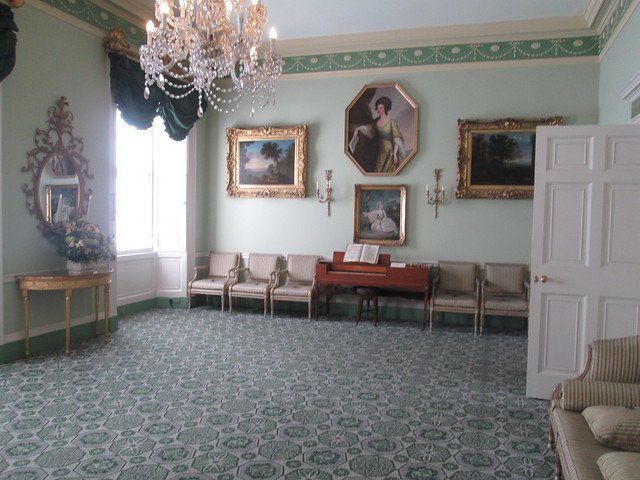 Across the landing is the drawing-room, you can see the decorative frieze/cornicing is the same in each room. The drawing room is the one which would have been used for dancing, after the rug had been rolled up. The NT have recently had a fitted carpet installed in the room, apparently they did have them in Georgian times. The window dressing is those fussy, flouncy swag blinds, which I always thought were a Victorian fashion, but you would think that the NT would get the historical details correct so I’m not sure. I do know that I’ve always hated those dust catching ruched blinds and much prefer straightforward simple curtains. I think it was the designer Sir Terence Conran who when those fancy blinds were popular again in the 1980s described them as being like tarts’ knickers. I bow to his superior knowledge! 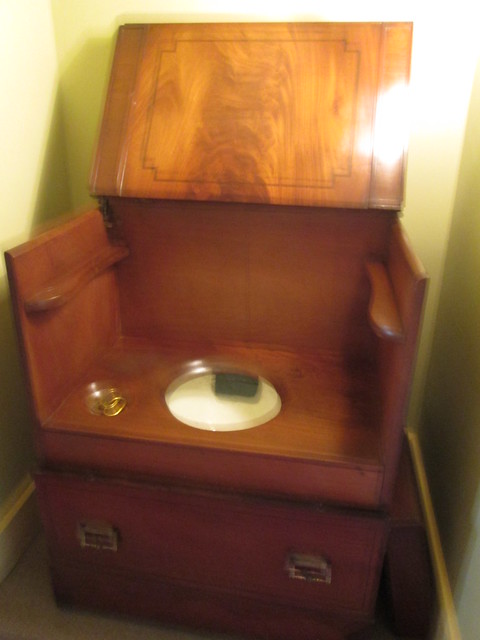 Between the two rooms there’s a small alcove in which is situated this commode, there wasn’t much space to take a photo and unfortunately it’s blurred as you can see, but you get the idea. There’s just a bucket underneath! 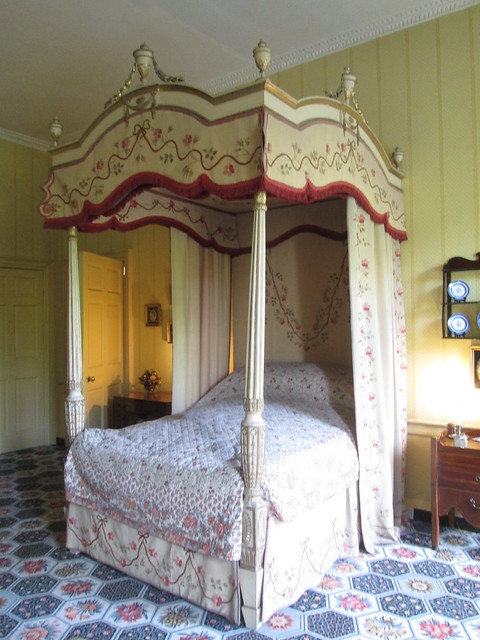 Above is the main bedroom, which has beautiful and cheerful yellow wallpaper which didn’t really come out all that well in this photo. The bed is gorgeous though, in fact all of the furniture in the house is elegant, so much more stylish than Victorian furniture is. 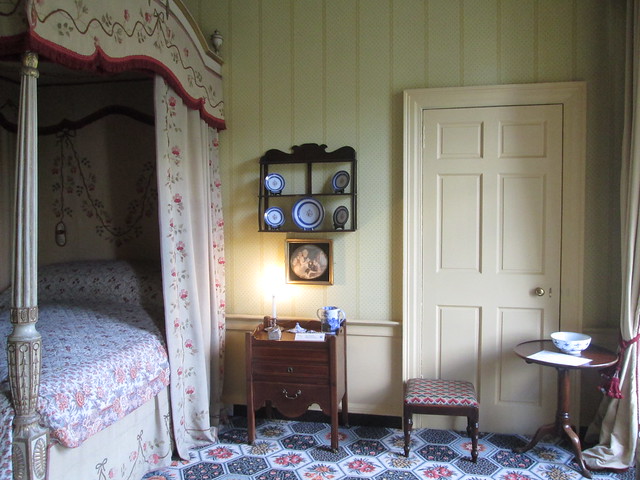 More photos of the Georgian House tomorrow, but meanwhile you can take a virtual tour of it here.