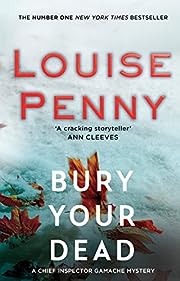 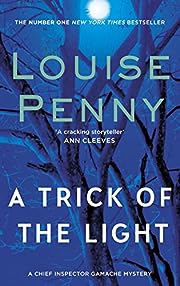 I was really annoyed with myself because by mistake I read these two Louise Penny books out of order, but in the end it didn’t really spoil things for me.

Bury your Dead was published in 2010. The setting is mainly Quebec City although it does switch to Three Pines occasionally when Beauvoir is sent there by Gamache to do a bit of sleuthing.

A man is murdered in the basement of the library which is a focal point for the English speaking inhabitants of Quebec. It turns out that the body is that of a famously obsessed man who has been searching for the body of the man who founded Quebec.

This one doesn’t rank amongst my favourites of the Gamache series, mainly because I found the rivalry or should I say prejudice between the French Quebecois and the Anglos to be a bit depressing. Also I found it to be too sad, with one of the young members of Gamache’s team not surviving. I know, that’s silly of me as it is FICTION after all.

I enjoyed A Trick of the Light much more, it was published in 2011. Everything is going well for Three Pines inhabitant the artist Clara Morrow, at last her dream has come true and her work is receiving the recognition that it deserves. But everything starts to go wrong on her big day and it only gets worse the day after when a body is found in her garden, where only hours before everyone had been celebrating Clara’s success.

A Trick of the Light is about the nasty business of the art world and also the stresses of marriage when jealousy and fear cause one spouse to do their best to scupper the career of their partner.

I just love the way Louise Penny’s characters are developing. The more I find out about their back stories the better it gets.