Last week when we were in Edinburgh visiting the Turner watercolour exhibition I took a few snaps of Princes Street. I don’t think we had been into the centre of the city since we went there with Peggy last May, and then we just visited the castle.

I took the photo below on our walk up to Princes Street from where we parked. The hills are Arthur’s Seat with Holyrood Palace’s rooftops in the foreground. 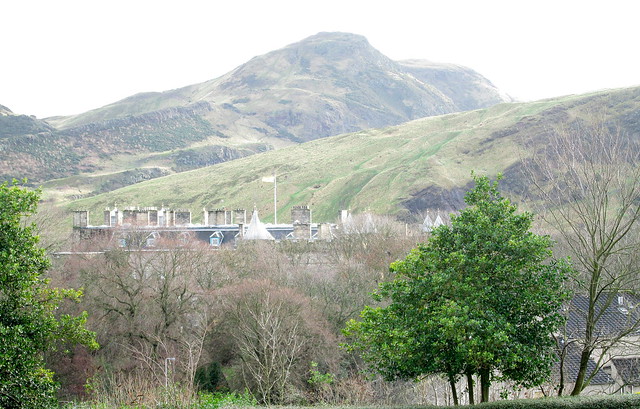 So it was only last week that I realised that the much waited for trams still need a fankle (tangle) of wires above them to get along their track. For some reason I had assumed that in the 21st century someone would have thought up a way of trams being able to run without all that gubbins above them, seemingly not though as you can see from the photos below of Princes Street. 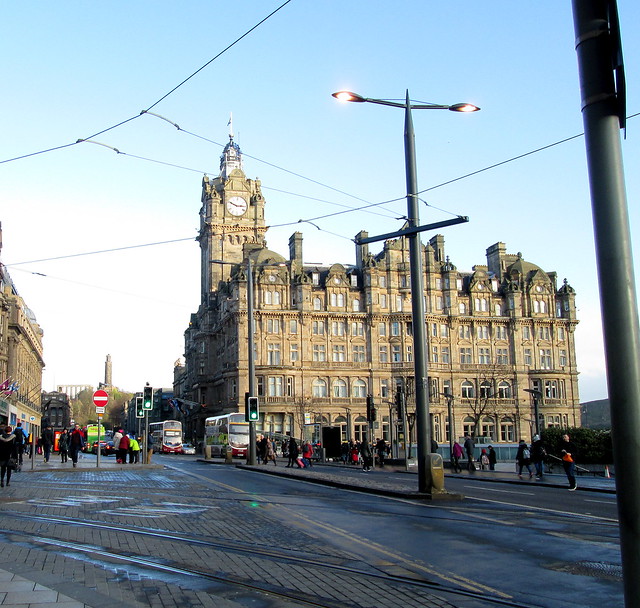 The large rocket shaped monument is of course the Scott Monument, commemorating Sir Walter of course. 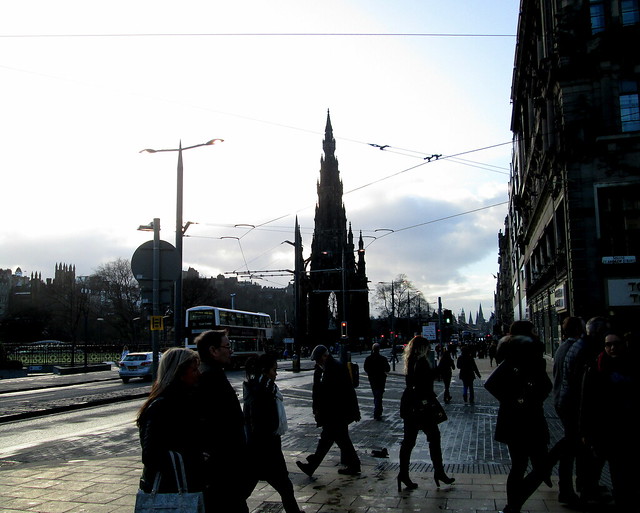 The tram wires aren’t so visible in the photo below of one of the side streets off Princes Street but in reality they look fairly ugly. I know I’m just a moaning-faced besom and the trams are very popular with people and at least they don’t pollute the streets the way the buses do – although the electricity still has to be made to run them, but the wires do nothing for Edinburgh. 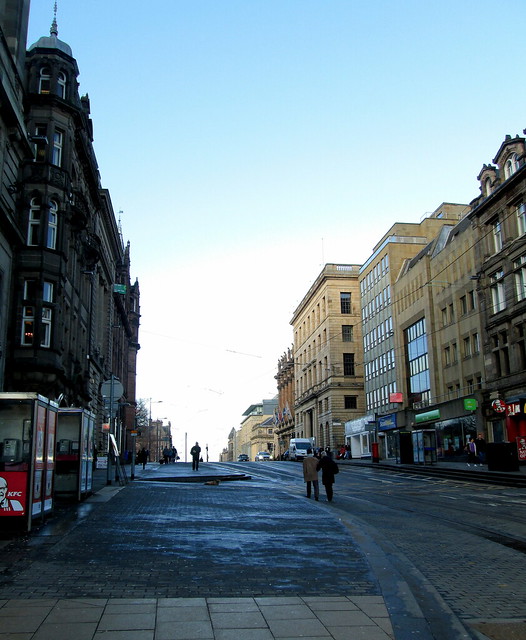 That day must have been one of the few days when the weather was good enough to go out and about. Recently it always seems to have been either too snowy, too windy or too wet – (sometimes all at the same time) to leave the house. I’ve been going stir crazy stuck at home, but on the other hand I have been getting a lot of reading done and it’s getting lovely and light now in the evenings/late afternoons.

I actually managed to do a wee bit of gardening one afternoon last week, between storms Gertrude and Henry . I planted a hellebore and a convolvulus. The ground is very squelchy as you would expect but everything is budding nicely so fingers crossed we don’t get a really hard frost. I also bought more Dutch iris bulbs and crocosmia Lucifer bulbs. I think Lucifer is lovely, I just hope it doesn’t turn out to be as invasive as the common crocosmia that I had in the old garden.