I find myself in the wee village of Guardbridge in Fife from time to time. Mainly when I want to take a look at a furniture restorer’s wares. We were there earlier this month, just before they were closing the roads around the area for some sort of roadworks, causing mayhem of course. 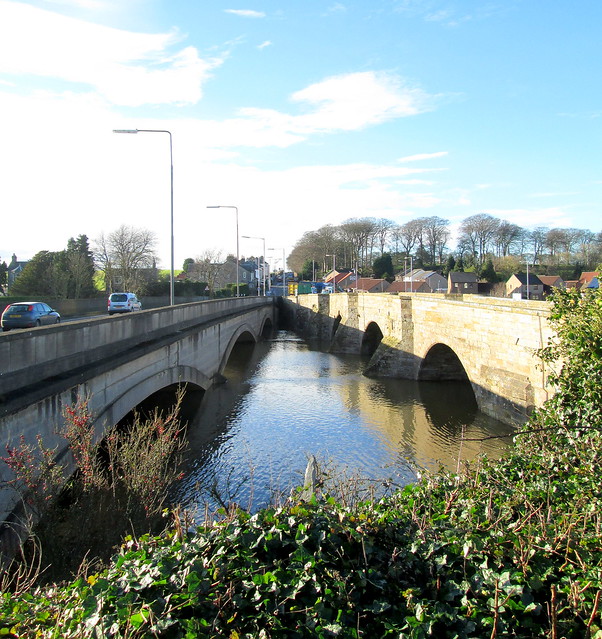 Anyway, I decided to take a few photos of the two bridges that are so close together they meet. Cars only go across the left hand bridge though, and in the river you can just see the remains of what was a viaduct for the trains to get across the River Eden. The viaduct must have been removed when the railway line to St Andrews was closed down, unusually that wasn’t a Beeching cut. 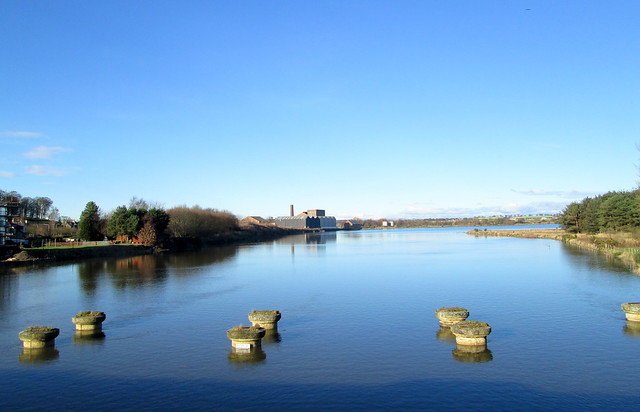 Guardbridge was a mediaeval stopping off point for pilgrims visiting St Andrews which is only about three miles away. Apparently St Andrews was one of the most important sites of pilgrimage in Europe. The Augustinians regulated how many pilgrims could be allowed to travel on to St Andrews each day. 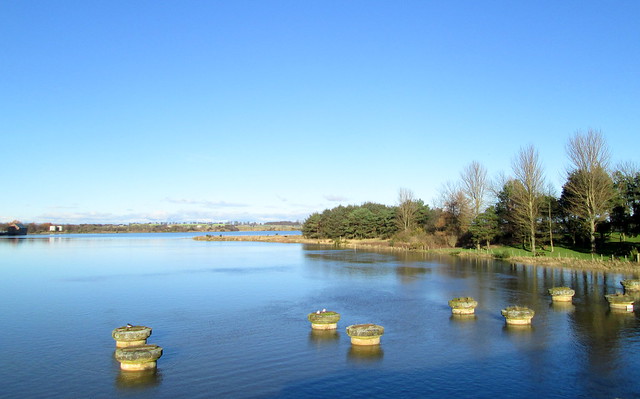 It was a beautiful blue sky day as you can see. Both bridges are very old, the oldest being from the 15th century.

Guardbridge is close to Leuchars which until recently was an RAF base, now it has been turned into an army base. For that reason if you have a Sat Nav/GPS it won’t be of much use to you, I’ve been told there’s some sort of block on it for security reasons. I find that hilarious, as if someone intent on causing trouble won’t be able to find their way about without Sat Nav!

4 thoughts on “Guardbridge in Fife”