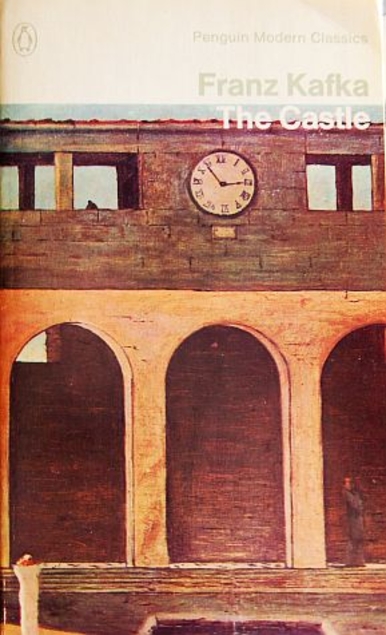 When I got Franz Kafka‘s The Castle in the Classics Club Spin I have to admit that I was less than chuffed. After all, I’ve been studiously ignoring our copy of the book since Jack read it way back in 1976 – or around about then.

The Castle was first published in Munich in 1926, in German of course and called Das Schloss. Despite being born in Prague, German was Kafka’s first language. He died of tuberculosis in 1924 and his friend Max Brod published Kafka’s books posthumously. The family was Jewish and his sisters died in Nazi concentration camps. I was dismayed when I realised that the book is unfinished, for some reason Kafka just didn’t finish it, possibly deliberately given the theme of the book but he apparently spoke about how he intended it to end and his notes are at the end of the book.

It’s apt that he didn’t reach the end of the book as that sort of echoes the book itself. The main character only has an initial ‘K’ – originally K had been ‘I’ throughout the book, so presumably the author was writing from his own frustrating experiences of life.

K is a young land surveyor and he has been given employment at The Castle, he isn’t a local so has had to travel there and he knows nothing of the neighbourhood. The first chapter is: It was late in the evening when K arrived. The village was deep in snow. The Castle hill was hidden, veiled in mist and darkness, nor was there a glimmer of light to show that a castle was there. On the wooden bridge leading from the main road to the village K stood for a long time gazing at the illusory emptiness above him.

The Castle is too far away to reach in the darkness and K stays at a local inn overnight. The locals are fairly sceptical about him being a land surveyor and having been given work at The Castle. The whole town is ruled by The Castle, so it seems and you can’t just pitch up at The Castle and expect to gain entrance.

The entire book is about K’s efforts to get to The Castle and so start his work of land surveying, but the locals say there is no need for such a thing. Every time K thinks he might be getting somewhere he doesn’t, and he ends up in a worse position than he was before. There are plenty of bizarre characters but none of them are what you would call likeable.

The Castle is about how it feels to be entangled with supposed authority and bureaucracy and will be recognisable to anyone unfortunate enough to have had dealings with such entities as the local council, the sorts of places and people where the right hand doesn’t know what the left hand is doing. It’s also about people’s position in a community giving them a status and the appearance which is very different from the reality. 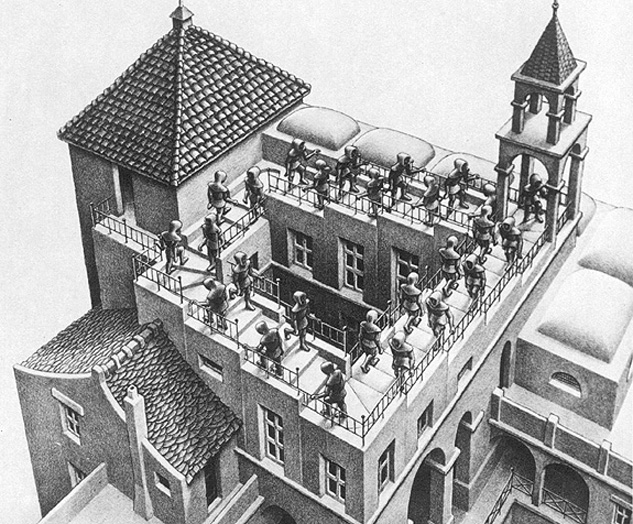 or a game of snakes and ladders, just when you think you might be getting somewhere you end up back at the beginning. I can’t say I enjoyed reading The Castle, I was glad that I got to the end of it before it completely did my head in.

However – I am glad that I read the book, but I’m not at all sure about reading The Trial which is Kafka’s other well known book.