Back to the cruise and from Ferrol in Spain we sailed on to Porto in Portugal. For the first time we had to navigate a foreign transport system and were a bit daunted as of course neither of us spoke any Portuguese. But it couldn’t have been easier, the ticket machines were simple to operate and we couldn’t believe how cheap the tickets were. It was only 3.40 Euros for our two return tickets for a journey of around twelve miles or so. The tram was very clean too. I felt quite ashamed when I thought about how expensive public transport is in Britain. 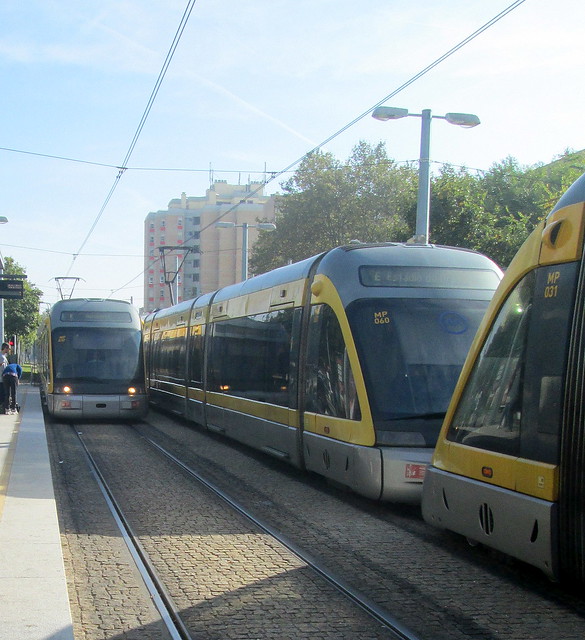 Porto is a very hilly city and when we reached our destination we had to walk down into the city centre, I was very impressed with the buildings but the first thing that took my fancy was the pavements. How grand they are – a type of marble I think or granite – but in lovely designs, they’re works of art. 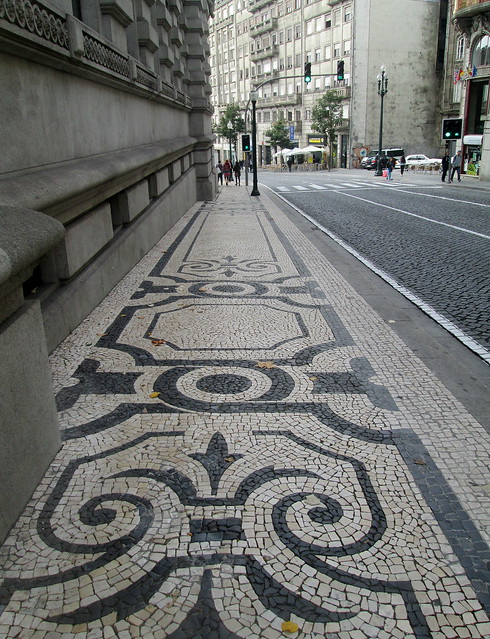 Porto railway station is also very grand, the photo below is of a tiled scene depicting the history of the city. There was a First World War exhibition on in the station hall with very interesting photos of Portuguese soldiers at the front. In my ignorance I hadn’t even realised they were involved in that war! 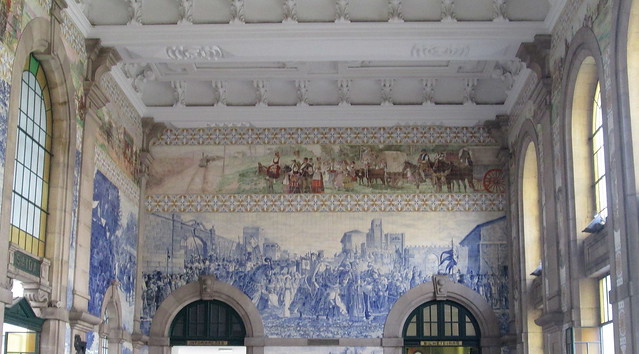 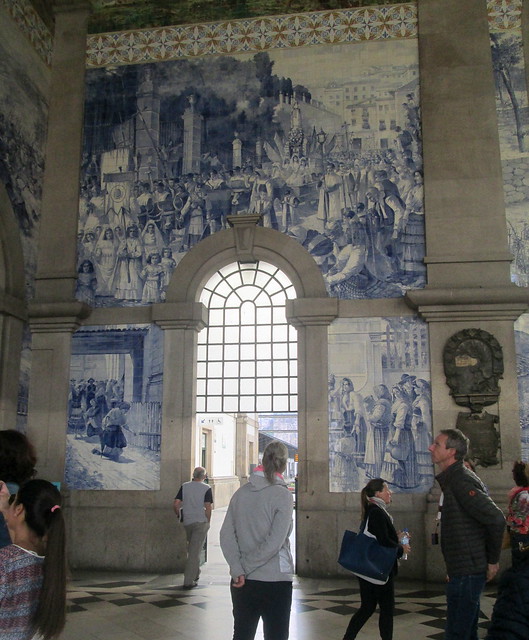 Below is a photo of part of the station ceiling.

I think the building below might be the city hall. 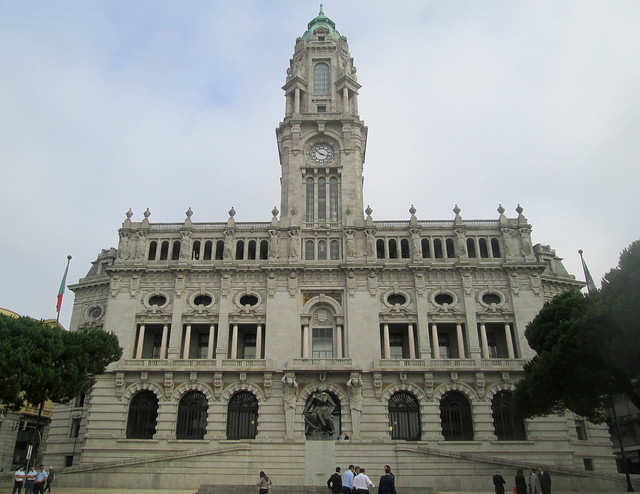 It’s a really vibrant city and we would definitely like to go back there for a holiday some time as you can’t do the place justice in the five hours or so that we had there. The people were very friendly and keen to try out their English! 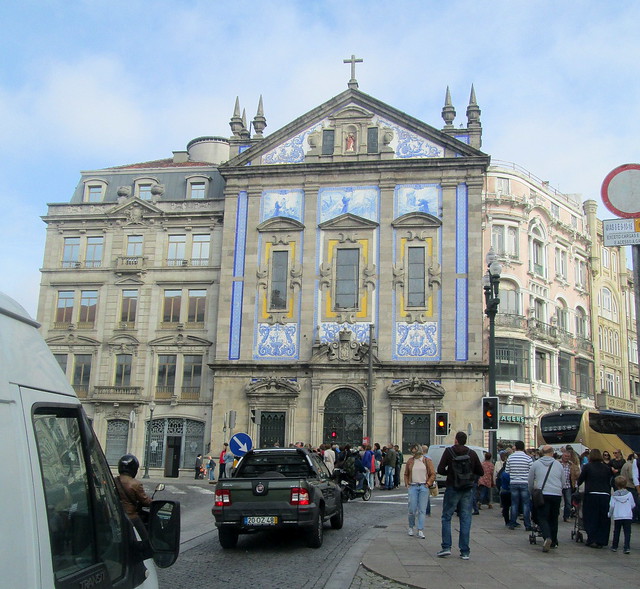 There was some sort of mini festival going on in this area in the photo below, those olive trees are actually growing on rooftops. The weight of it all must be incredible but there were people going in and out of the shops underneath. 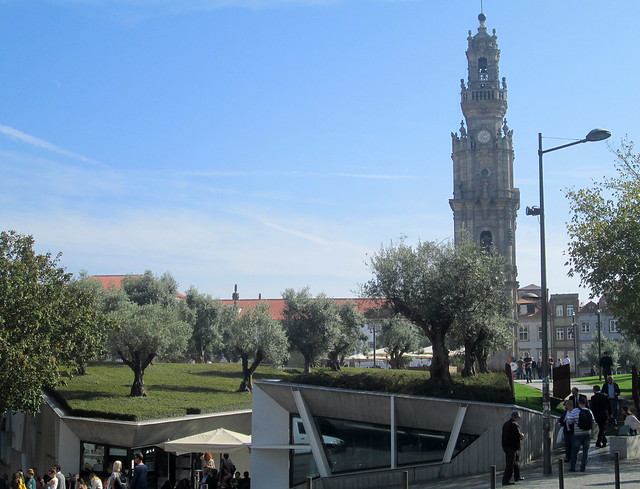 After that we walked down to the river, and that will be my next post on Porto.

6 thoughts on “Porto in Portugal”