On Wednesday we drove into Edinburgh, we don’t go into the centre all that often, mainly because the more interesting wee independent shops are elsewhere. I really wish I had my pedometer with me to see how many steps I walked because we were all over the place in a big circle from Meadowbank to George Street where we had lunch at Cafe Andaluz. Then we walked on to Lothian Road the West Port and the Grassmarket and back to Meadowbank where we had parked the car. Click on the links if you want to have an armchair trip to Edinburgh with me. The castle just looms up on you as you can see from the photo below. It does seem incongruous when you’re out shopping but the rock and castle were there long before anything else. 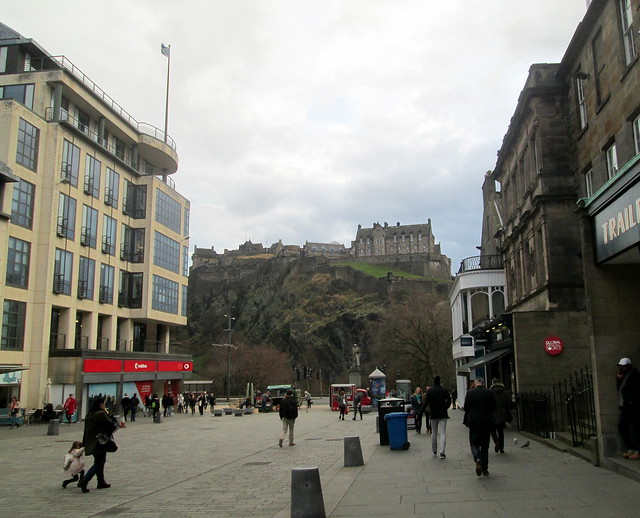 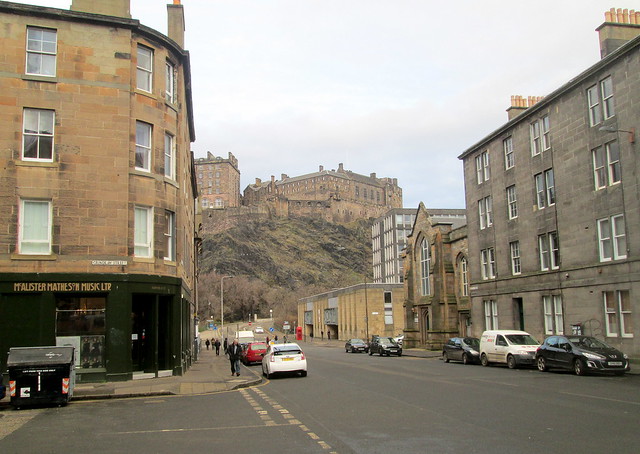 The Christmas lights in George Street are truly hideous. I didn’t even bother to take a photo but I found the one below online. Oh for the days when we just had ordinary coloured light bulbs strung from side to side across streets in various patterns!

I hate these modern LED lights, the light they give out is so cold and brash looking. You can see photos of Princes Street Christmas lights here. I noticed that Google and umpteen other places on the internet think that it is Princess Street – it isn’t!

We were aiming for the second-hand book-shops around the West Port and Grassmarket area, we hadn’t been to those ones for ages so I had high hopes of finding some goodies. But as ever when you have high hopes you tend to end up disappointed and I only ended up getting a couple of J.I.M. Stewart (Michael Innes) paperbacks.

From West Port we made for the Grassmarket and by then it was quite dark and the tree lights were on. This is the old town and in our younger days we used to frequent this area. As you can see Edinburgh Castle towers over this area too. 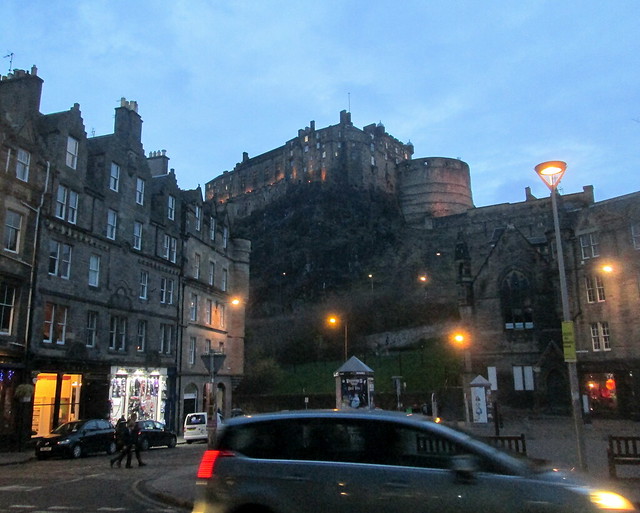 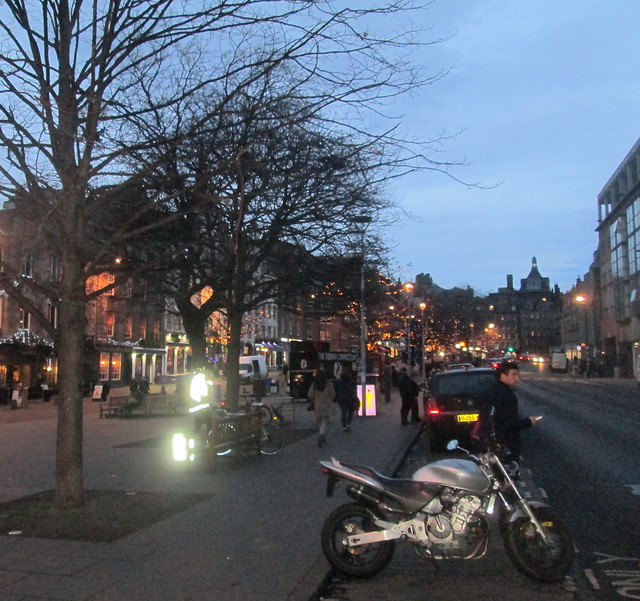 It was quite atmospheric in the gloaming. 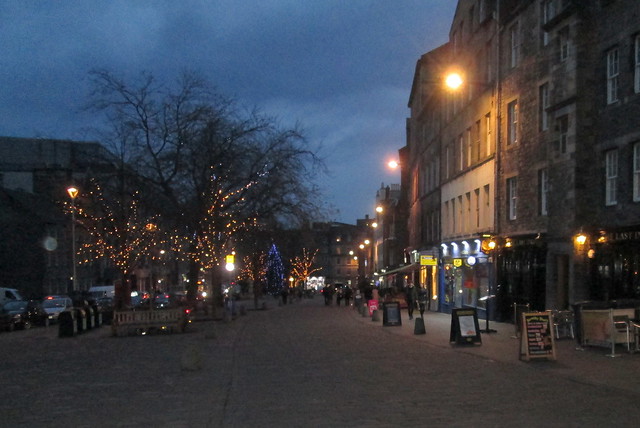 Below is Victoria Street, a steep one which I could have been doing without but Edinburgh is very hilly and multi-layered, so you just have to get on with it. Just above the top set of lights there is actually another street but you can’t really see it in this photo. 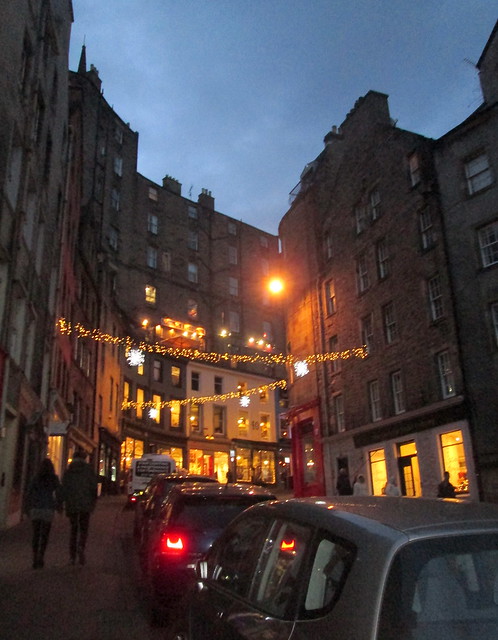 You can see more images of The Grassmarket here.

From there we went on down The Royal Mile which had absolutely no signs of Christmas about it, it seemed appropriate for that very Presbyterian stronghold. You can read about that area here.

By then I was fairly exhausted but we still had a long way to go to get to the car, all the way down the Royal Mile (High Street) past the Scottish Parliament building, yes – it IS a bit of a mish-mash!

We walked on past Queen Mary’s bath house. I love that wee building, it’s like something out of a fairy tale.

At last we reached the car and drove on to Morningside to visit one of our ‘boys’ and his lady. By this time it was getting on for dinner time and we were lucky to find the Oxfam book shop still open. I was so lucky to find three Dorothy Dunnet hardbacks that I had been looking for – and a third of the price of the others I had seen and decided against earlier.

We’re at that stage in life when we really don’t need or want anything in the way of expensive presents. It’s going to be a very bookish Christmas for us both.

I hope you enjoyed that armchair trip around Edinburgh. It’s the best way to do it really, a lot less tiring anyway!

14 thoughts on “A Day Out in Edinburgh”