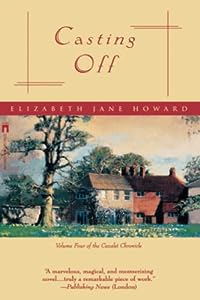 4 thoughts on “Casting Off by Elizabeth Jane Howard”