Leuchars in Fife is a village just five or so miles from the far bigger and better known town of St Andrews, and probably that’s why we had never been there before, as St Andrews is my favourite place in Fife and by the time we’ve had an afternoon out there I’m usually tired and just want to get home. 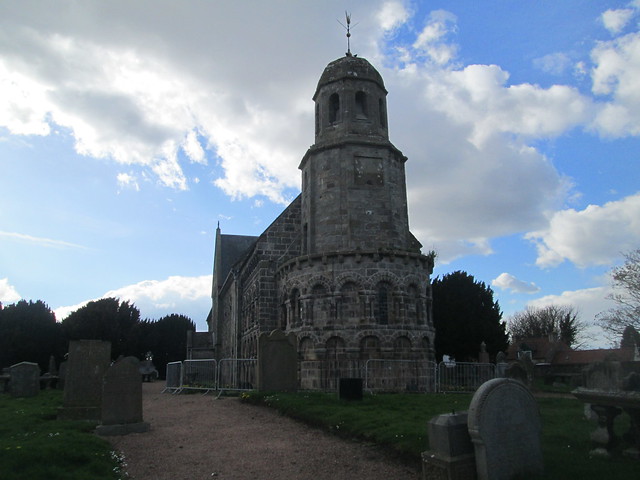 Last Wednesday we planned to visit Leuchars at last, mainly to see St Athernase Church, we had seen an information leaflet about it, aimed at tourists I suppose but you know what it’s like – you rarely visit the places on your own doorstep. The really ancient part is the rounded area with the tower. Until recently I had assumed that all these old churches had originally been Roman Catholic but of course there was a Celtic church originally and at some point the RCs took over. 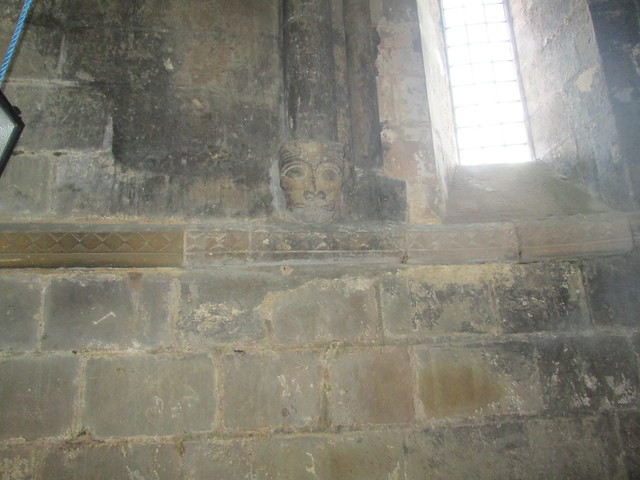 There has been a church on that site since around 1225 and although quite a lot of the church from that date is still surviving it was damaged during the Reformation, so there has been some rebuilding done over the years and the main part of the kirk which houses the congregation was built around 1745. It’s the really old bit that has the most charm for me though. I love the gargoyle-like faces on the wall which is where the original altar would have been. To me they don’t look at all Christian, more Viking or Celtic. 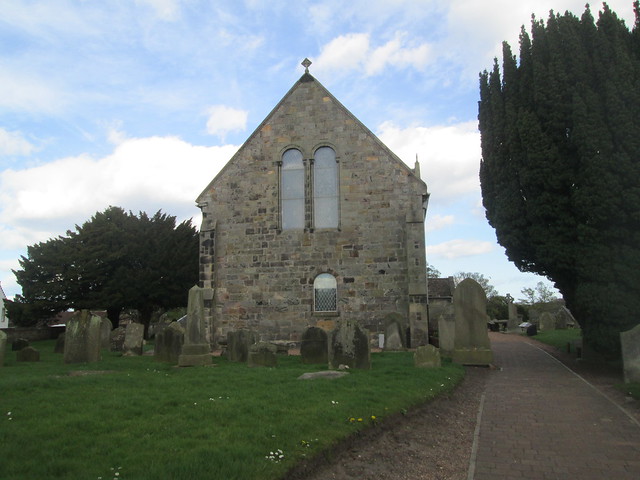 The next day was Maundy Thursday and although I’m not at all into organised religion it seemed apt to visit an ancient church around Easter. I think all of those really old churches, or kirks as we call them in Scotland, were built on the highest land in the settlement they were located in. So you have to walk through a gate and up quite a few steps to reach the churchyard. Almost as soon as we got into the churchyard a man approached us and asked us if we were documenting the graves, we aren’t of course. He was thinking of doing it if nobody else is, and I can’t find any evidence that it has already been done, I hope he takes on the task. 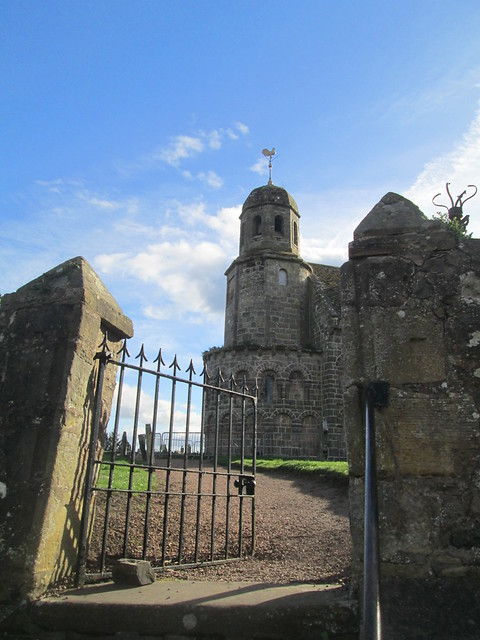 We were just looking around the churchyard, never thinking that the church would actually be open, but the minister – Rev. John C Duncan – hailed us and asked us if we would like to look around the inside – and so he ended up giving us a very interesting guided tour. I’m usually quite wary of ministers but this one couldn’t have been nicer, perhaps his previous experience of being a minister in the army made the difference. He was awarded an MBE for his service.

Luckily it seems that the Christian fundamentalists (the equivalent of those maniacs destroying everything they don’t approve of in the Middle East) didn’t spend too much time trying to destroy St Athernase because they were probably in such a hurry to march on to the more important St Andrews Cathedral – and they certainly well and truly smashed that.

If you’re interested have a look at the images of Leuchars here. There used to be an RAF station there but recently the army took over from them. 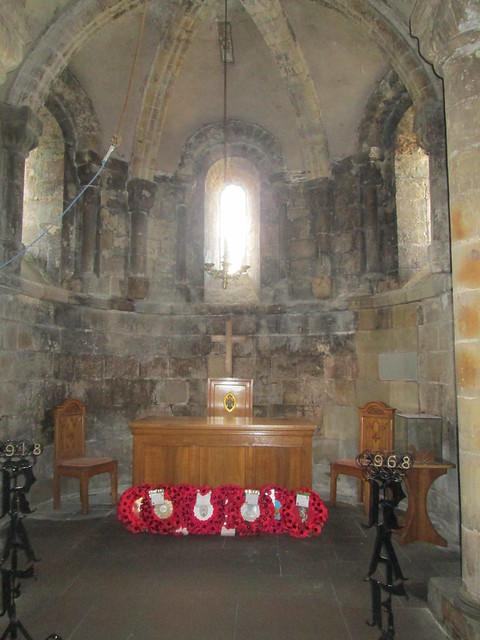