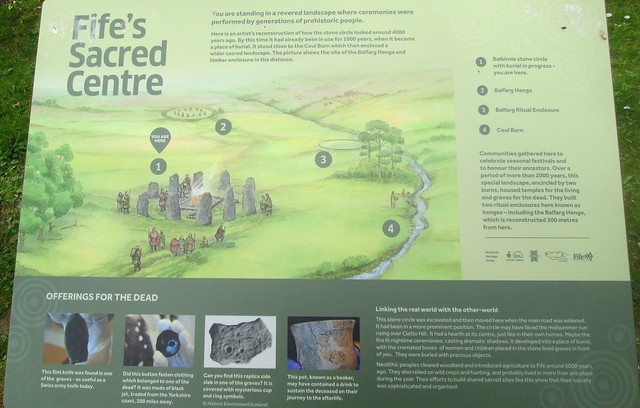 After visiting so many Neolithic standing stones and cairns when we were in Orkney I thought it was about time I did another short blogpost about the local ones near me in Fife, the Balbirnie Stone Circle. 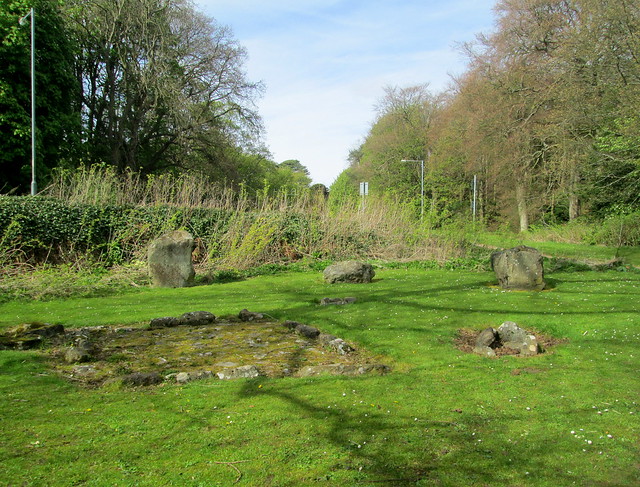 I did blog about them donkey’s years ago and of course they don’t change although they now have a new and legible information board. There was evidence of 16 cremation burials as well as a flint knife, a jet button and beads and a complete food container when the area was excavated. 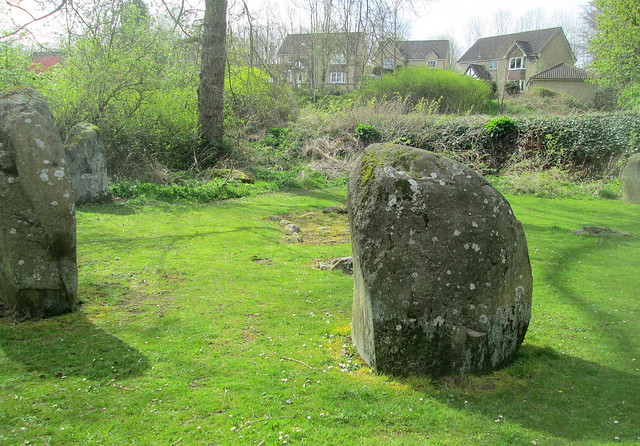 The powers that be decided to move this stone circle when a nearby road was being upgraded – which is truly sacrilegious, but at least they re-arranged them as they had been originally. They are now 125 metres to the south-east of their original location. 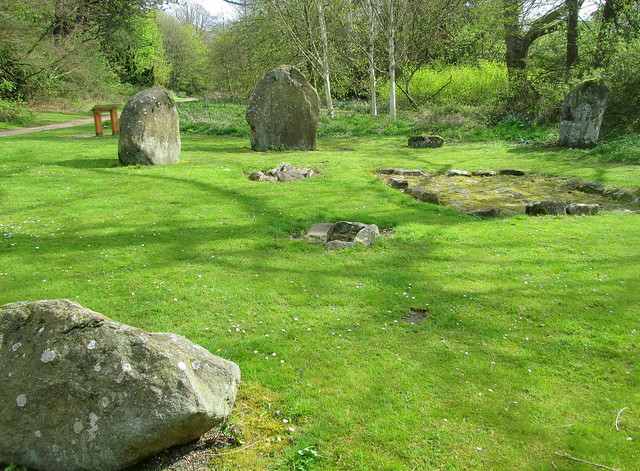 There’s a burn nearby and I presume that that is why people settled in this area over 2,000 years BC. I must admit that I like to think of families living and working here all those years ago.