Church building designs are usually quite distinctive, each country has their own style. I must say I like Norwegian churches or kirks as we say in Scotland. The really old stave churches have incredibly steep roofs that I love, they seem like something out of a fairy tale book and a bit like somewhere a witch might live although I’m sure I’m not meant to think that! This one just has simple pan tiles though.There was some digging going on in the foreground of the photo below, pipes being renewed I think, but it gives you an idea of the surroundings. 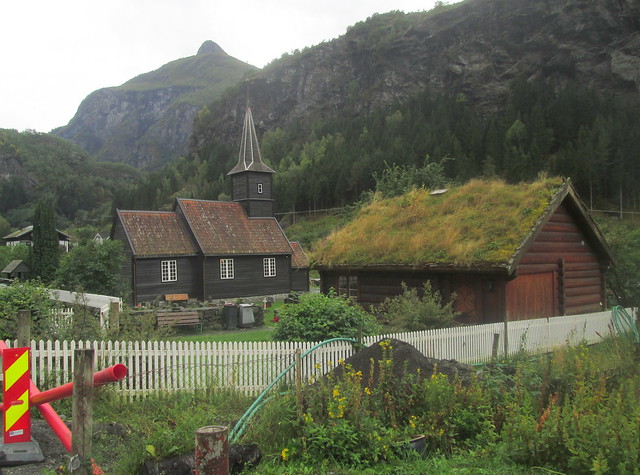 Internally it’s quite dark, probably because of the folk art painted decoration, but I really liked it, although as ever I’m not keen on depictions of crucifixion. I think this must have been a Catholic church. 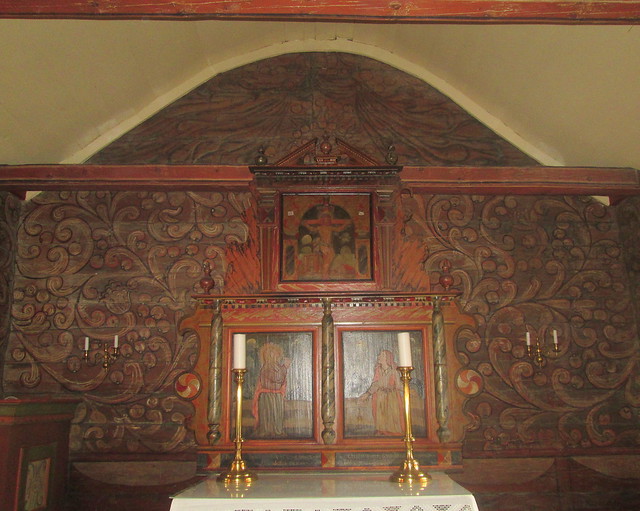 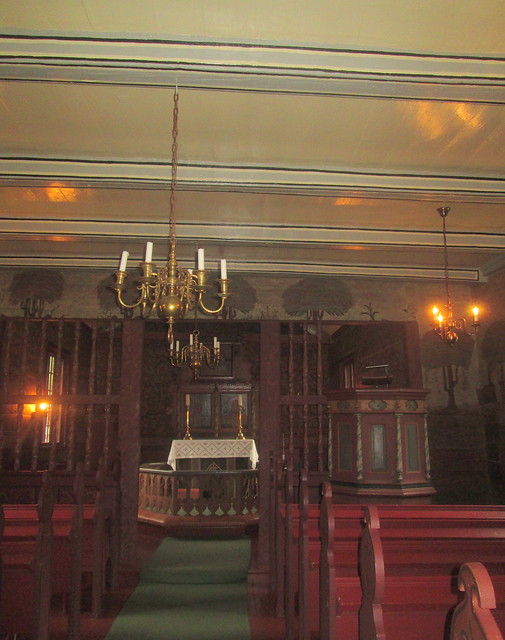 There were trees and animals painted all around the walls, if I had gone to that church I would have spent all my time looking at the decor. It would have cheered up my church going days no end! 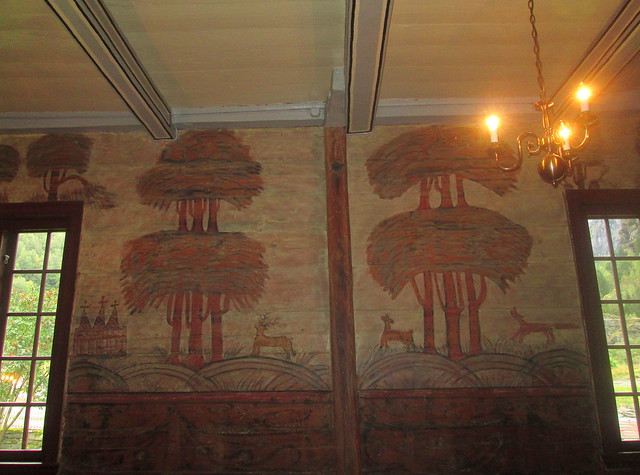 Although most of the lights were on and the window glass is clear it still seemed dark, compared with outside anyway, but I think that might all add to the cosiness of it on a wintry day. 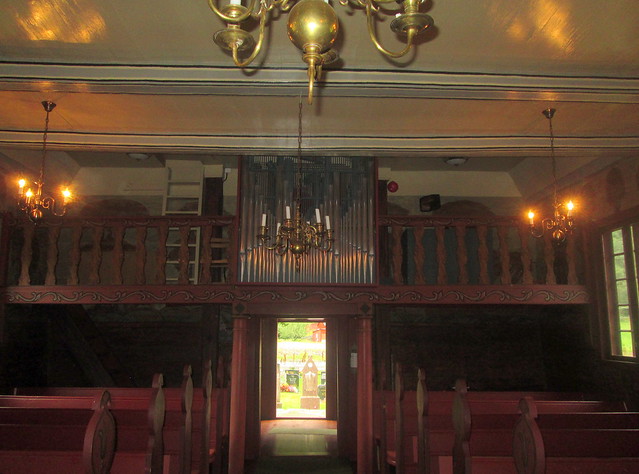 It’s all made out of wood but there seems to be more than one layer of cladding on the walls so hopefullly that insulates it a bit. 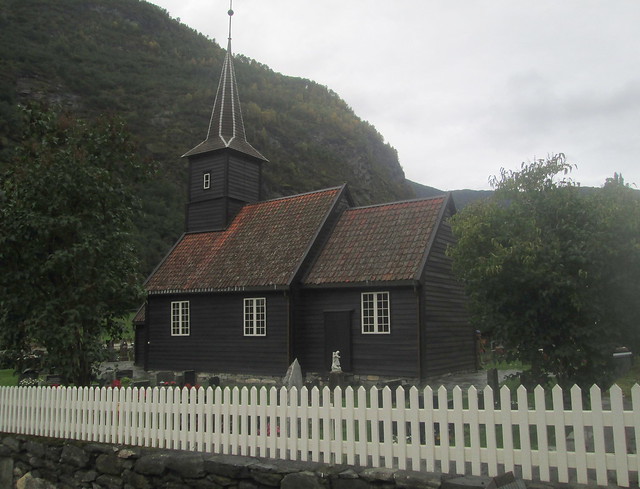 Prior to Flam church I had only visited the Fantoft Stave Church in Bergen before and I recall that as being pitch black inside. I see from the link to it that it was burnt down in 1992 and has been rebuilt exactly as it was, it certainly looks as I remember it from way back in 1970. Do you see what I mean about looking witchy?! Mind you in Scotland we used to add fancy pointed clay or metal points to rooftop edges – to stop witches from settling on them – I’m not kidding you.