Joan @Planet Joan mentioned that the photographs of the fjords and mountains in Norway reminded her of the Scandinavian murder series on TV and I can see what she means although when you’re actually there it just looks majestic, despite the greyness. 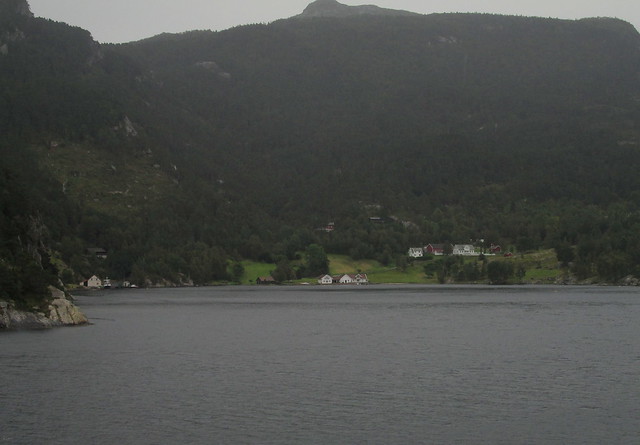 But it means that the occasional patches of greenery, the rare places where there is enough earth to actually grow some grass long enough to make hay, are a sort of Norwegian equivalent to seeing an oasis in the desert. A real feast for the eyes. 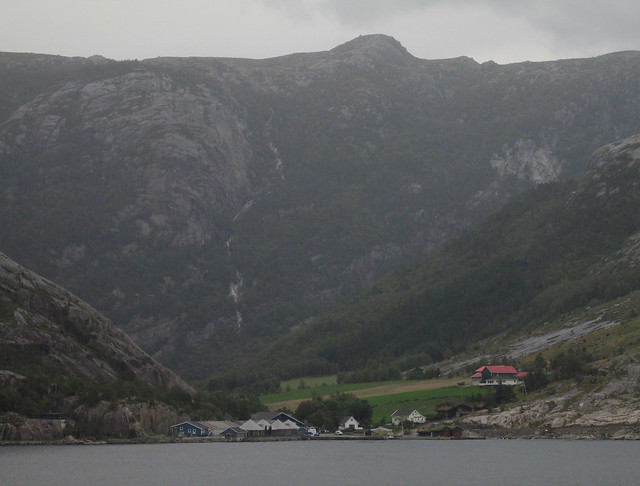 I’m sure that must be what makes these wee settlements so attractive and comfortable looking, well that and the fact that they look like something that a model train enthusiast would set up to landscape their train tracks.

Some of these houses are only used in the summertime, there’s a danger of avalanches in the winter and even in the summer there’s danger as some of the houses now have huge piles of scree balancing behind them. It looks like if you moved one small piece of stone then the lot would come tumbling down. I saw a few houses that I definitely wouldn’t want to live in for that reason. 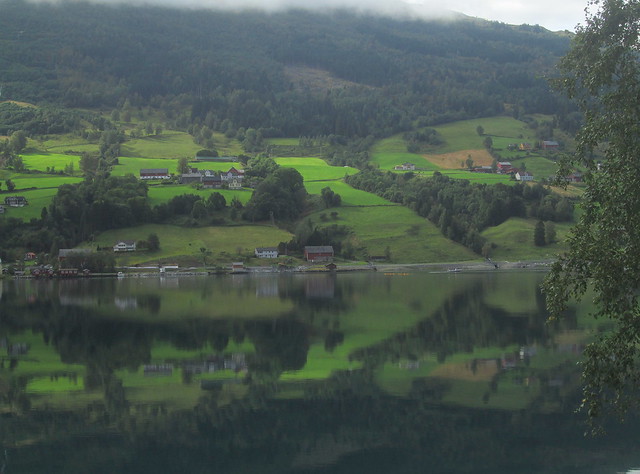