I had visited Bergen before when I was eleven years old, on an educational school cruise, sailing on the SS Uganda. I had hardly any memories of the actual town, apart from the fish market that was on the quayside way back then. I think it was probably the horror of that that stuck in my mind. The Bergen housewives chose their fish from small sinks full of writhing live fish. I suppose it meant they were super fresh, I’ve never been keen on fish dead or alive, but I was even less keen on seeing them getting the chop, literally. Anyway the fish market has changed quite a bit, I only saw some crustaceans alive in tanks and the plastic awnings weren’t an improvement. 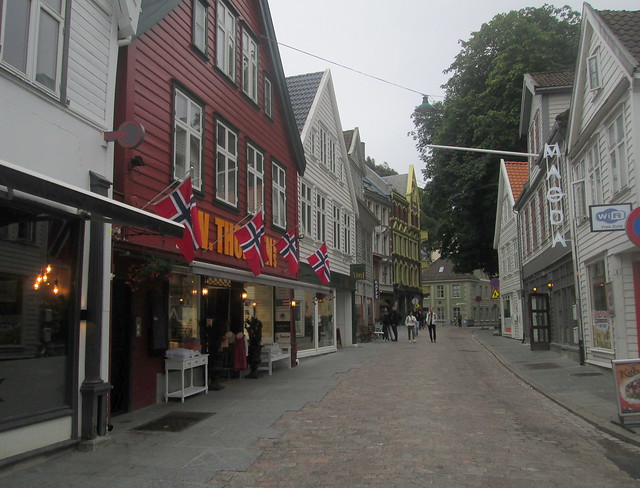 I had no memories of the old wooden buildings in Bergen, probably because we were taken by bus to the composer Edvard Grieg’s home (he was of Scottish descent) and I have a lot of memories of that. Jack didn’t want to visit there though, so we walked around the town, going a bit further than most people probably. Jack is always on the lookout for art deco style buildings to photograph, and he did find a few but I’ll leave those for him to blog about. 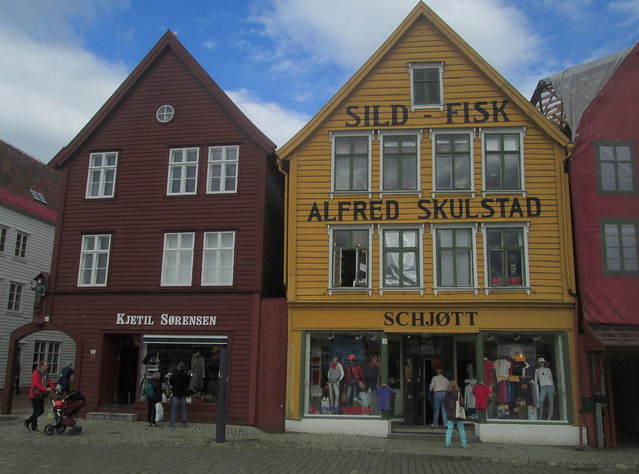 Bergen is a very old city, it was probably founded around 1070. In the 13th century it was the capital of Norway and eventually became a city of the Hanseatic League which was a sort of medieval European marketing union. This square was bit more modern though. 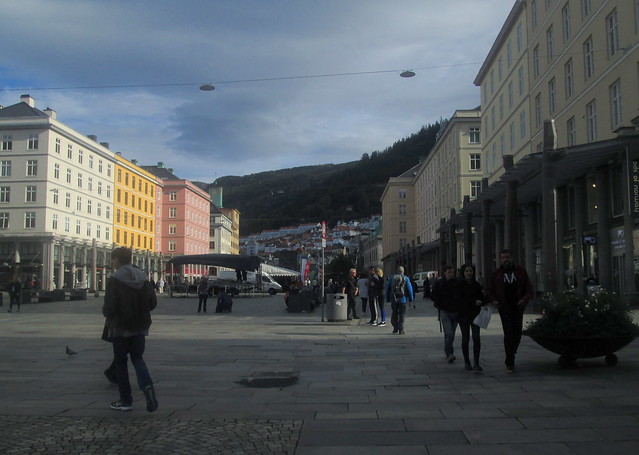 After doing a wee bit of shopping we took the funicular railway up a very steep hill to get a good view of the city from above, but I’ll leave that post for another time.

You can see more images of Bergen here.

5 thoughts on “Bergen (Gateway to the fjords) Norway”