When I saw the queue for the funicular railway in Bergen I nearly walked away in the opposite direction, I’m not the most patient of queuers (is that a word?) but Jack was keen to go on it so we joined at the end. Luckily it moved quickly. I was a wee bit disappointed that it was so packed with people because it meant that we couldn’t really see anything on the way up. 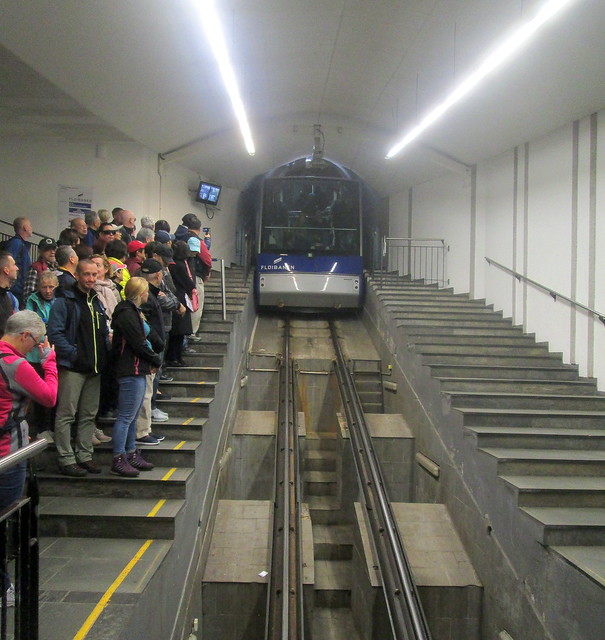 On the other hand that probably made the view more spectacular when we got to the top. 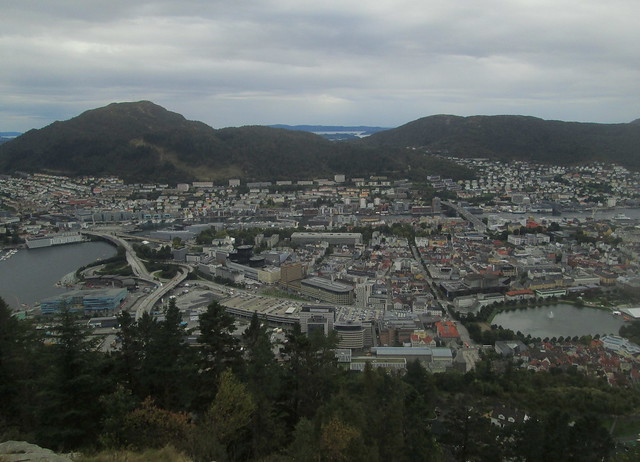 As you can imagine it was packed with people up there and after having a bit of a walk around admiring the view and taking photos, we had a bit of a sit down to rest because we had decided to walk down the steep path back into the town. 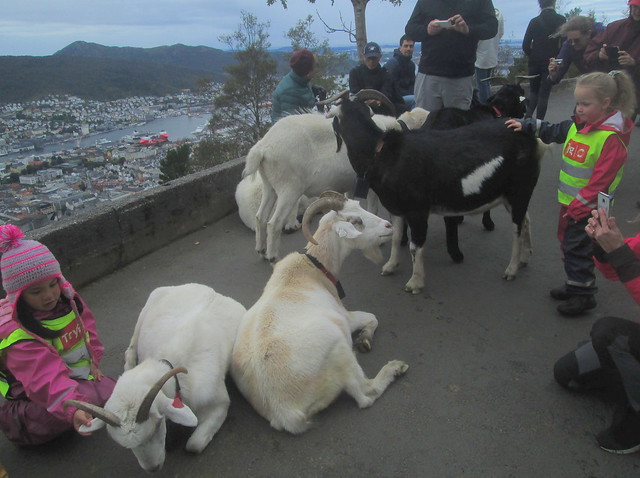 We had to negotiate the goats, thankfully they were friendly, despite the fact that a bevy of nursery age children were paying them some too close attention! I think it was a local nursery afternoon out.

We walked down the path, not realising that there was a much quicker way down – if you took the steps. But I wouldn’t have chosen to go down the steps anyway because whenever I’m up high and there are stairs involved I get a horrible feeling that if I trip up I’ll just about go into orbit!

Our ship the Black Watch is the one most to the right in this photo. 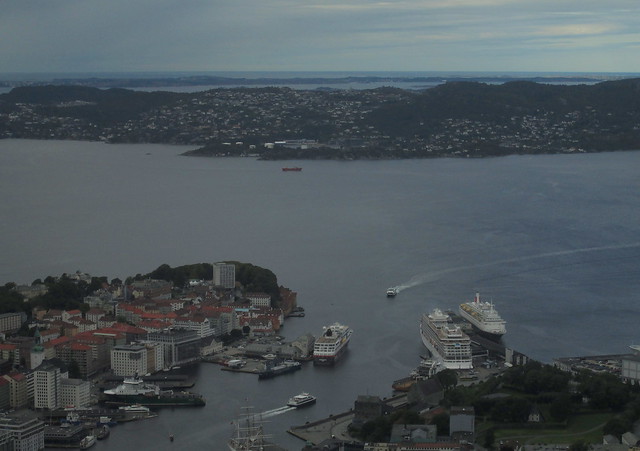 A week after we got back home from our cruise we were surprised to see that Bergen was the venue for the World Road Cycling Championships, and Bergen was really well show-cased, it was lovely to see it all again, and in some ways to get a better view of some places than we did when we were actually there. They were incredibly lucky with the weather too.