A couple of weeks ago we visited Doune Castle which is not far from Stirling, we hadn’t visited it before although we’ve been to Doune quite a lot and even looked at a house in the village when we were house-hunting prior to J’s retirement. The castle was built in the 14th century. 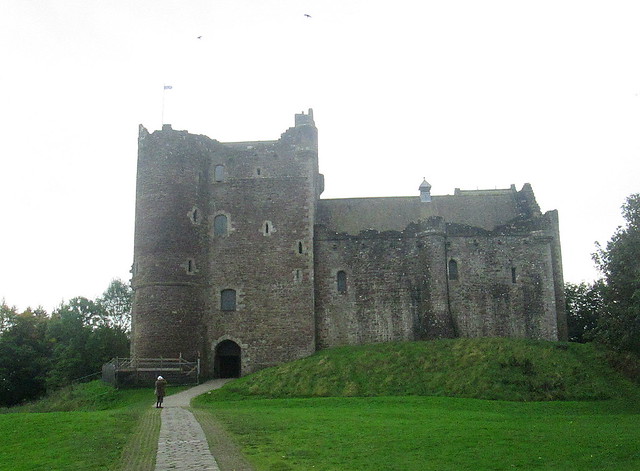 There’s some work requiring scaffolding going on at part of the castle. 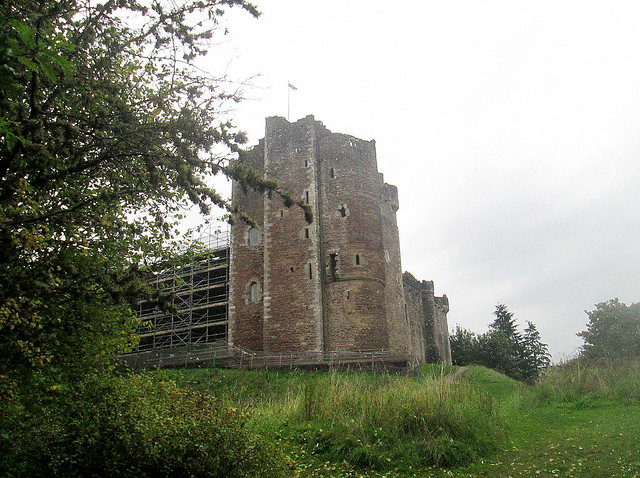 Like many such places it has been used as a location for TV programmes and films and probably because of the plummeting pound it has seen a big increase in visitor numbers, especially from the US. I’m beginning to think that Diana Gabaldon should be given some sort of award from the Scottish government – for her services to tourism in Scotland. 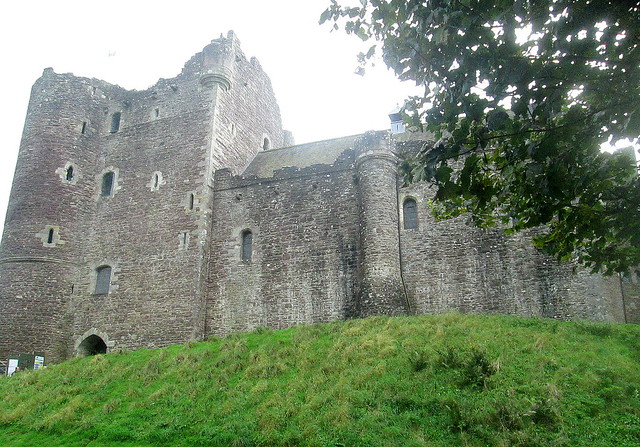 There was also a wedding going on in the kitchen of all places while we were there and the bride was due any minute so we only got a quick look at the kitchen, the guests were already waiting for her to arrive. 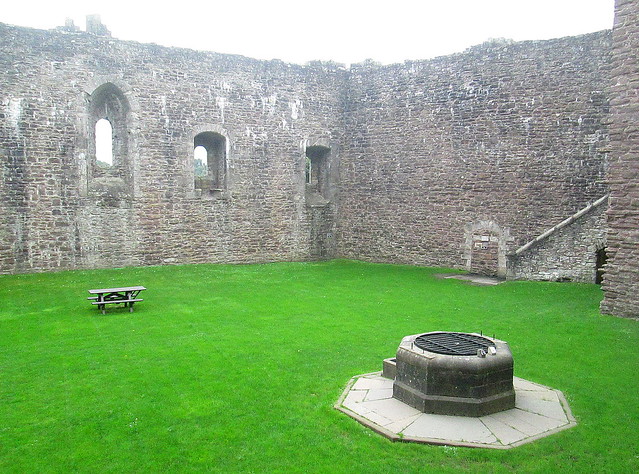 Doune Castle has been famous for quite a long time though as it was used in Monty Python and the Holy Grail and Game of Thrones.

Internally it has some quite grand rooms that would have been more suitable for a wedding I think, but maybe that would have meant closing down most of the castle and they wouldn’t want to do that. 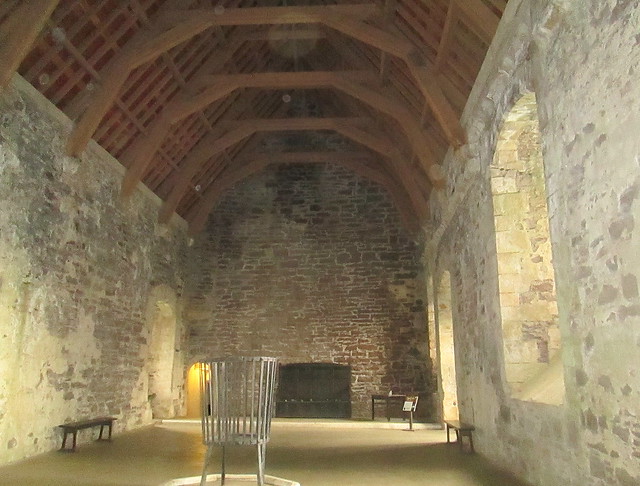 You can see more images of Doune Castle here. 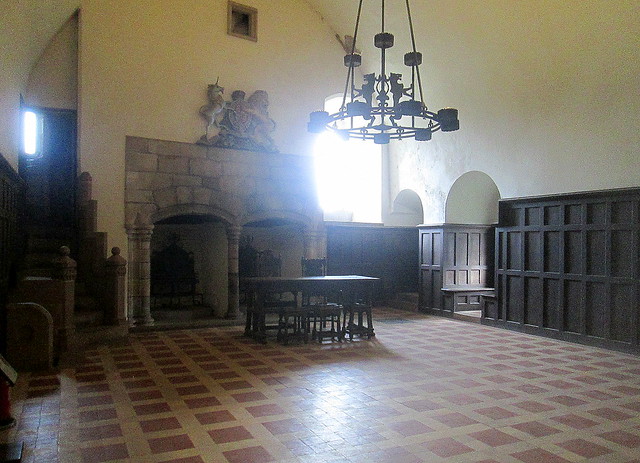 The staircase below started off fine but got progressively narrower and steeper, it’s amazing to me that people manage to negotiate them without breaking something, although I did hear of one lady who got stuck in a staircase at Culross Palace! 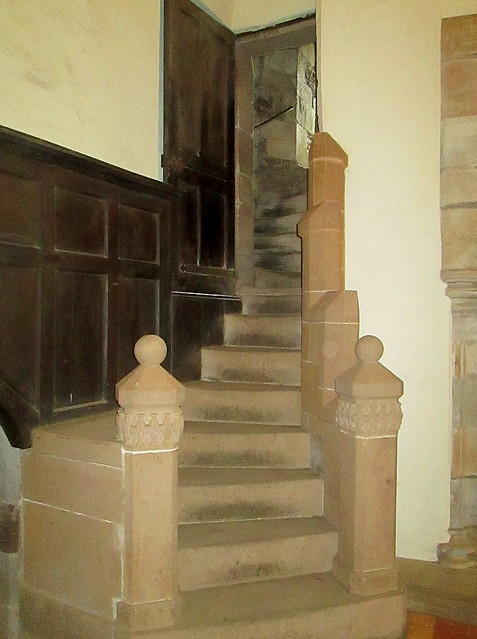 Most of these National Trust properties have a dressing up box for the children, but at Doune it’s for adults who fancy dressing up as Clare from Outlander! One lady was desperate to try a dress on but I think they were all in Claire’s size so she had to give up trying. In the shop they have for sale replicas of Claire’s riding jacket priced at £200. I think you would have to be a fairly dedicated fan (or nutter) to shell out that sort of money. 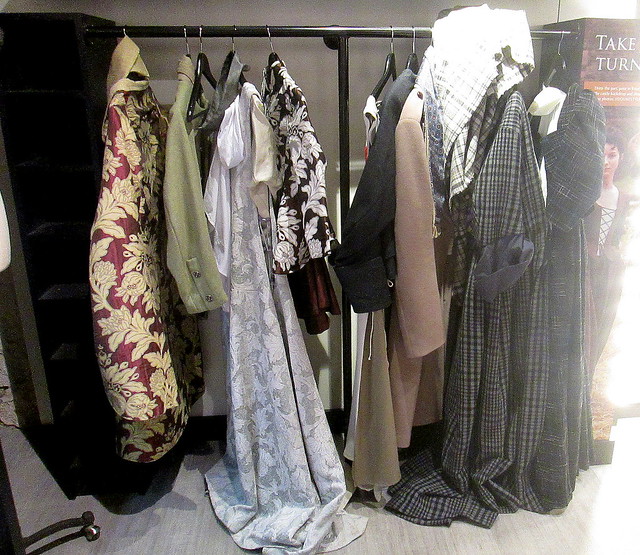 We went for a walk around the castle and it was only then that we realised how well positioned it is. They built it on high ground at the confluence of two rivers, the River Teith and the Ardoch Burn so it wasn’t going to be easy for any attackers to gain access from those sides. There were a few men fishing in the Teith. 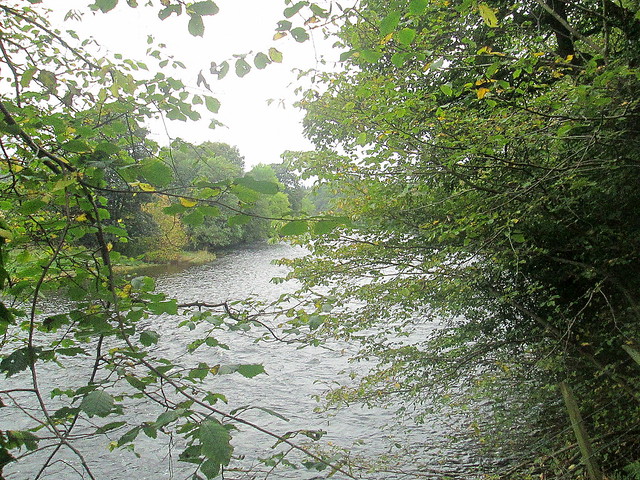 There isn’t a tearoom at the castle but we enjoyed coffee, scones and cake at Willows Dell which is in the village of Doune nearby. You can see photos of the village here. 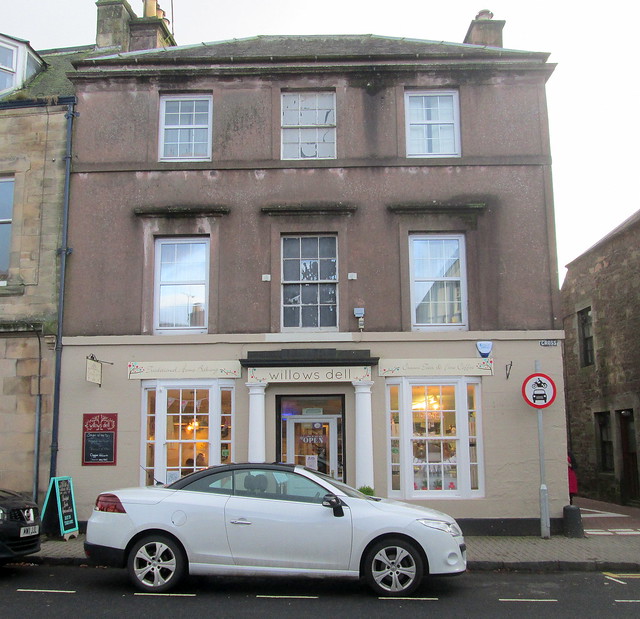 8 thoughts on “Doune Castle in Stirlingshire”