One day last month we decided to visit a couple of towns that we hadn’t been to before – Jedburgh and Melrose in the Scottish Border country. They’re situated just a few miles from each other and both have the ruins of large abbeys. They’re quite small and sleepy towns nowadays but in the past they were important.

But this post is about a house that neither of us had even heard of before – Mary, Queen of Scots House in Jedburgh. It’s owned by the town council now I think and we saw a signpost pointing to it as we parked the car. As you can see from the photo below it was being painted while we were there. There’s a bit more of its history here. 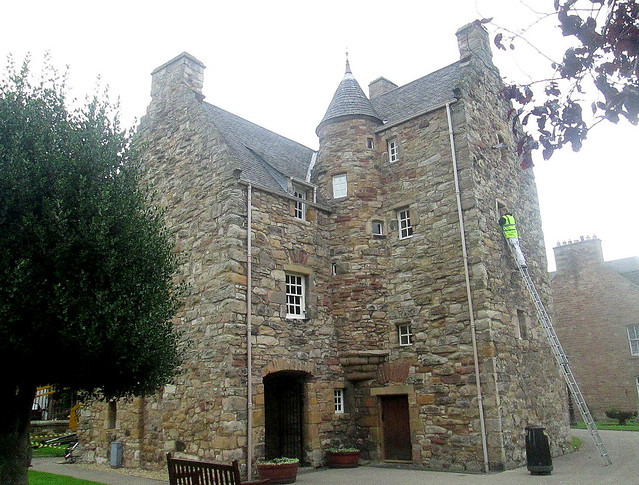 This house has had a bit of a chequered past and there even seems to be a bit of a dispute as to whether Mary did actually live in it although I don’t see why not as she seems to have been just about everywhere else! 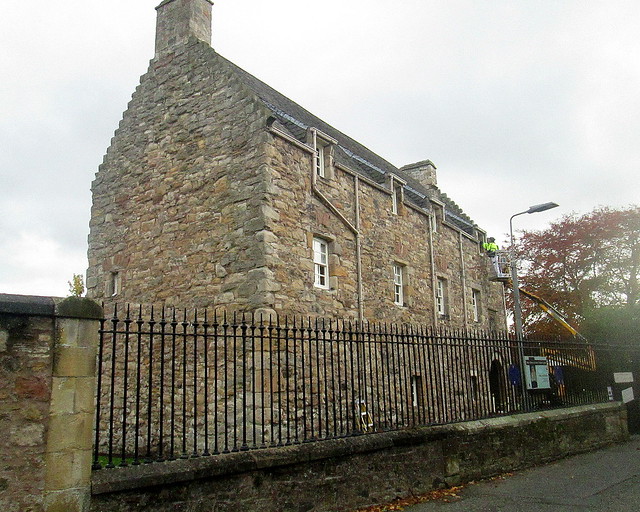 The house is unusual because it has a left hand spiral staircase, it seems that it was probably designed originally for the Kerr family as they were a famously left-handed Border reiver clan and coincidentally feature heavily in Dorothy Dunnett’s third Lymond book The Disorderly Knights – which I’ve just finished reading.

Annoyingly I can’t find any photos of the inside of the house, I’m sure I took some but they’re hiding at the moment. You can see a few images of it here.

I was quite impressed with the house, not particularly because of its possible Mary Stuart connections, but just because it’s an interesting really old place with panelling, a tapestry and various other exhibits.

When we were there it was quite busy with tourists, in common with just about everywhere this year, it must have something to do with the weak pound I suppose – or the Outlander effect maybe. Amazingly there is no entrance fee and I think they are missing a trick as they don’t even have a donations box although you can put a coin in a machine to register whether you would have been a Mary Stuart supporter – or not. Always a tricky one that!