The photo below is of St Andrews Cathedral ruins and St Rule’s tower, they look quite small in this photo for some reason, they are in fact large and quite imposing – for ruins. 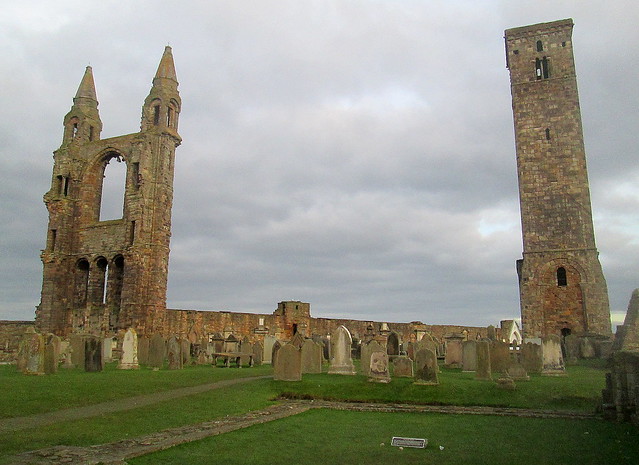 Going up the spiral stairs is an interesting experience involving metal stairs first before you get to the old stone spiral ones. There are apparently 156 steps and I’m just really glad that we didn’t meet anyone coming down as we were going up, they’re very narrow and trying to get past strangers could be quite embarrassing! 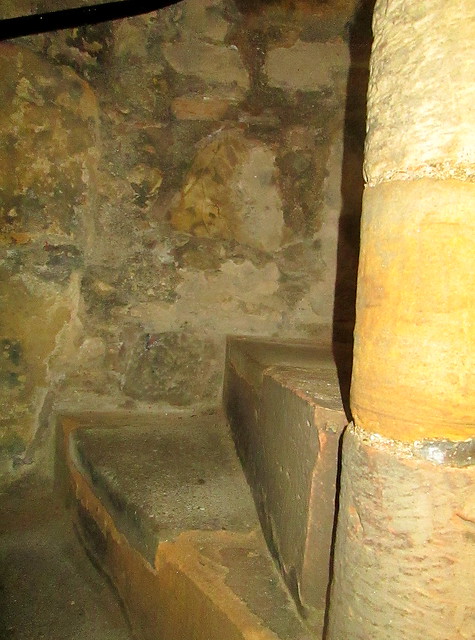 You can get more of an idea from the photo below of how the underside of the stairs looks. 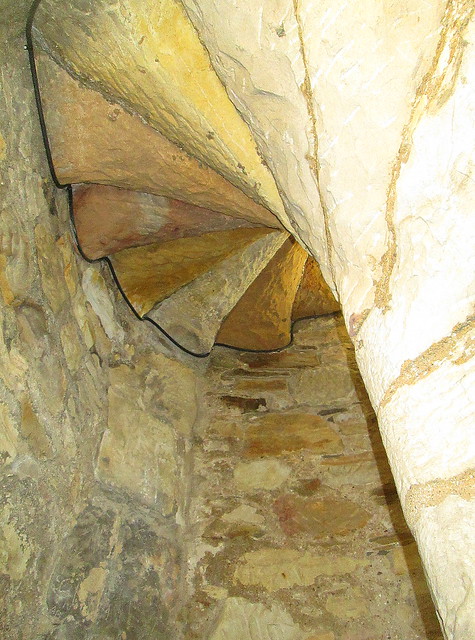 I think most of us spend time visiting far afield places before getting around to seeing nearby tourist attractions. That’s the reason it has taken us about 40 years to get up St Rule’s tower which is in St Andrews Cathedral’s grounds, and I have to say that half-way up the narrow spiral staircase I wished we had tackled it at least 20 years ago as I thought I was never going to get to the top! But it was worth it to get the view which is great even on a dull day. 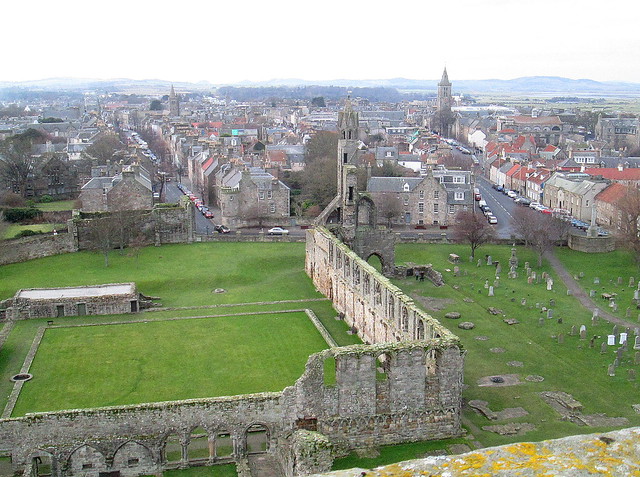 The famous Old Course is over towards the right in the distance of the above photo and to the left in the photo below. 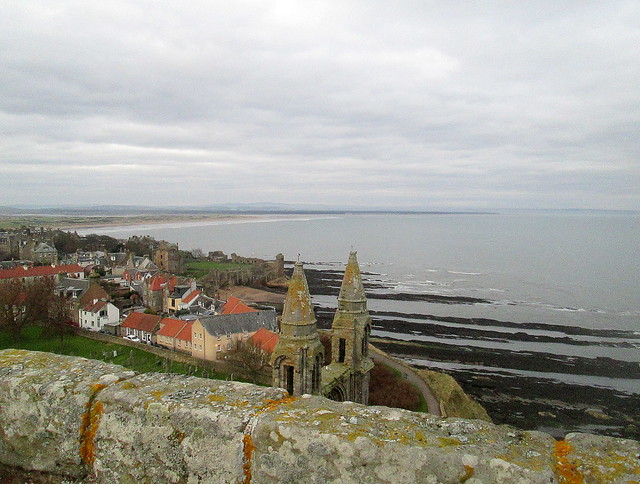 From the other side of the tower you get a view of the harbour. 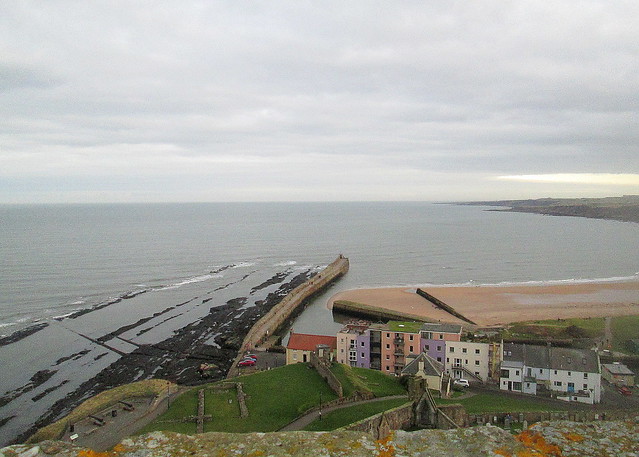 The cathedral was badly damaged during the Wars of the Three Kingdoms as the English Civil War is more correctly described nowadays, but if you have a good imagination you can see that it must have been quite some place in its day. Below is a view of what’s left of the Chapter House and some stone coffins, in those days they chiselled out the shape of a body as you can see, an awful lot of work for the stonemason, it seems they didn’t want the body moving out of position. 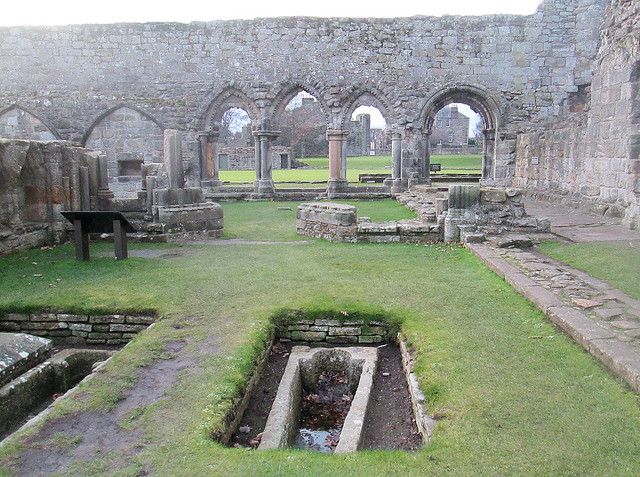 The view of the town of St Andrews that you get from the top of the tower is probably clearer than you would have got in medieval times, certainly in winter when all of the chimneys would have been belching out smoke. There were only two chimneys doing that when I took the photo but they were making plenty of pollution.

You have to be fairly fit to make the climb up the tower!