One day last week we decided to make our first ever visit to
RRS Discovery which is permanently berthed at Dundee. It’s the ship that took Scott and Shackleton on their first expedition to Antarctica.

We only live about 15 miles from Dundee and have often driven past Discovery but as both boys went on school trips to visit it seemed silly to take them again, so this was our first visit. The city of Dundee advertises itself as Dundee – City of Discovery which is quite smart as not only is it linked with the ship but it’s also known for the high standard of research that goes on at the Universities and Ninewells Hospital. 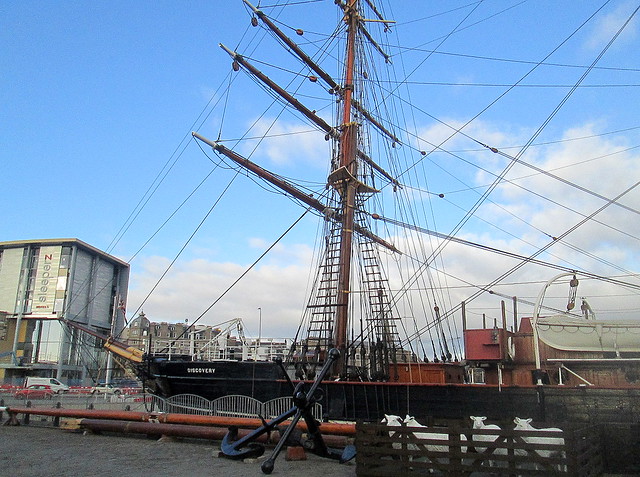 I love ships in general but getting to go on board Discovery was a real treat. It seems amazing that she is so small but travelled all the way to the Antarctic braving all that ice. She was built in Dundee and that’s why she is berthed there now. The Dundee shipyard was chosen to build her because they were experienced at building whaling ships (it was different times) so they knew how to build incredibly strong ships. Below is a photo of the way Discovery was put together for maximum strength. 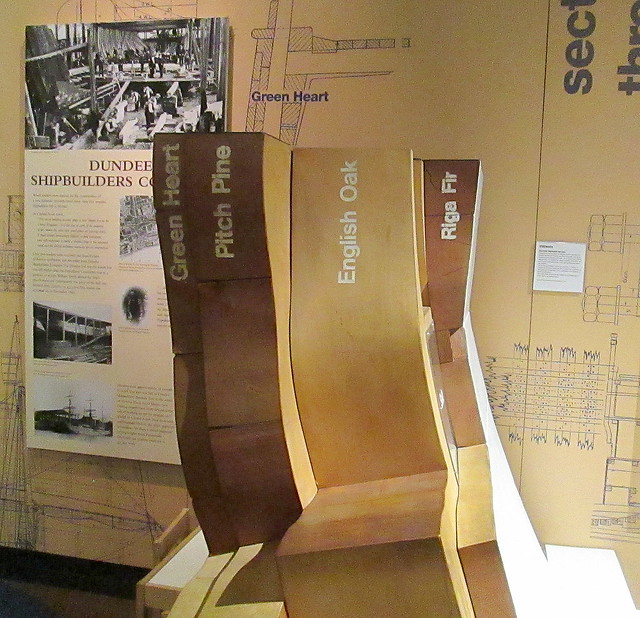 We took loads of photos especially of the cramped space below decks, but I’ll leave that post for another day. In the photo below you can see the newly completed building which is the Scottish outpost of the V&A which is yet to open, I can hardly wait! 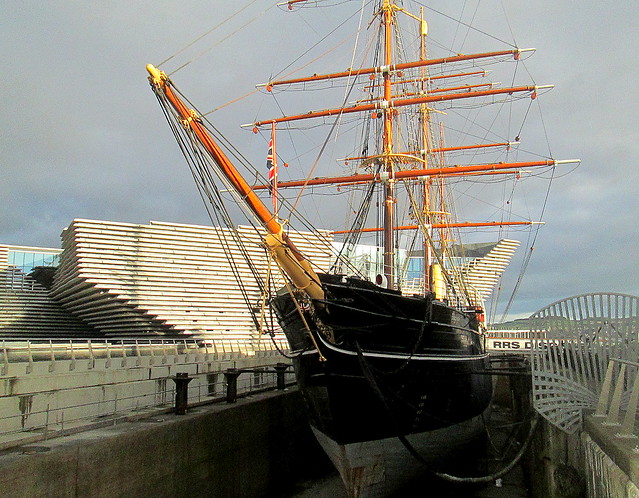 4 thoughts on “RRS Discovery at Dundee”