Last Thursday our weather changed (for one day only!) and out in the garden I could actually feel some warmth from the sun. It was time to do some garden tidying after a long hard winter, in fact I just about filled the brown garden waste wheelie bin and there’s still a lot more to tackle.

But it wasn’t long before I hear a familiar plaintive cry – that of what I think are buzzards who seem to spend a lot of time wheeling around in the sky calling to each other. Is it a mating ritual I wonder? Well it’s getting on for that time of the year. There were four of them up there, presumably having fun, you can only see three in the wee video that I took of them though. 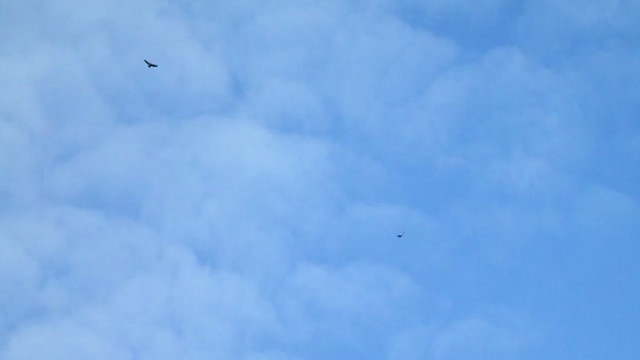 There are an awful lot of buzzards and hawks around wherever we go in Scotland, numbers just seem to have exploded in recent years. I suppose that means there must be plenty for them to eat.

I like the photo below as you can fairly clearly see the wings of the nearest bird. I’m wondering if these are hawks or buzzards, do you have any idea? 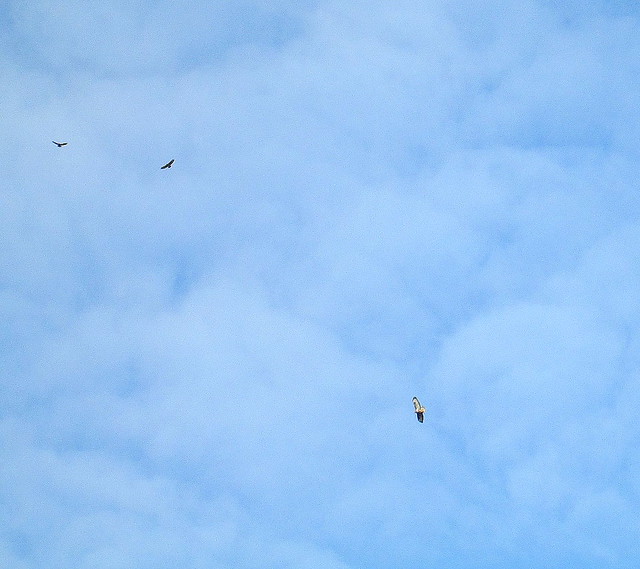 8 thoughts on “Buzzards or Hawks ?”