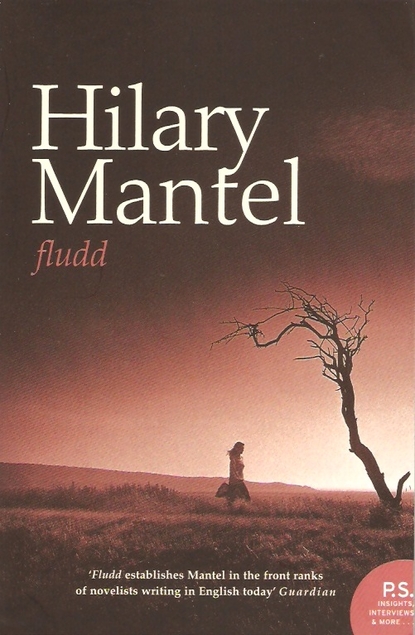 Previously I had only read Hilary Mantel’s Wolf Hall and Bring Up the Bodies, and loved them both. Fludd, which is one of her earlier books, first published in 1989, is very different and a bit strange. I’ve no doubt though that it was something she had to get off her chest and was very much influenced by her early experiences of the Catholic Church.

The setting is a remote north of England mill town which is one of those sort of step back 50 years places, somehow stuck in time. But the new bishop is a moderniser, determined to drag the church there into the twentieth century. He says that the Catholics of Featherhoughton have more superstitions than Sicilian peasants. Like all bishops I’ve ever come across in reality or fiction, he’s disliked, especially when his idea of modernising is to order Father Angwin the parish priest of Featherhoughton to get rid of most of his church’s collection of plaster saints. Father Angwin had lost his faith years before and had taken to the bottle for consolation. There’s also a Catholic school and a convent, ruled by Mother Perpetua, a violent sadist who is as nasty to the nuns as she is to the schoolchildren.

A young man called Fludd appears at the priest’s house one night and it’s presumed that he’s a new curate who has been sent by the bishop. Father Angwin is pleased to discover that he can have intelligent conversations with Fludd and they agree on lots of things, but the priest sometimes wonders if Fludd has been sent by the bishop to spy on him. He’s undecided as to whether Fludd is an angel or the devil.

Fludd happily admits that he has come to transform people. Transformation is his business, and he certainly does make changes, very much for the better I would say.

I found this to be mildly entertaining, although a bit strange. Hilary Mantel’s writing has definitely improved over the years.

6 thoughts on “Fludd by Hilary Mantel”