I don’t think I had even realised that there were standing stones in south west Scotland, which was daft of me because there must have been quite a lot of travelling to and fro between that part of Scotland and Ireland, even way back in the times when such stone monuments were being built.

So I was surprised to see stones in a field right next to the road we were driving along. It was the Torhouse Stone Circle, a bronze age monument. We stopped to have a closer look, and the sheep that we had disturbed in the field scattered and pushed themselves back into the neighbouring field. 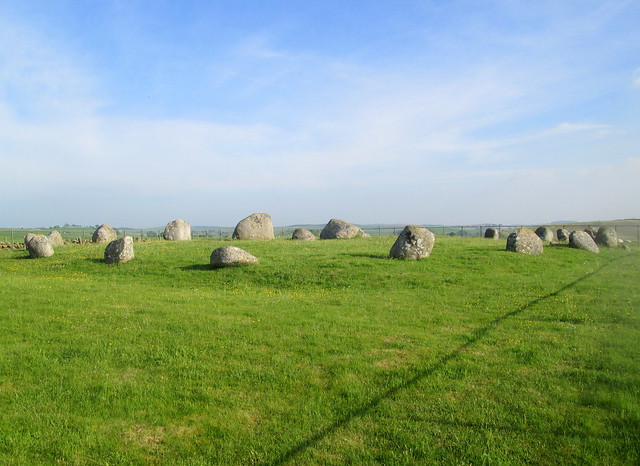 On the other side of the road there are just three stones and some broken bits standing in a field. The stones are nowhere near as large as the ones in Orkney, but they’re still atmospheric and intriguing and these ones have the added attraction that you’ll probably have them all to yourself when you visit them, unlike those in more touristy areas. I like the lollipop shaped tree in the distance. 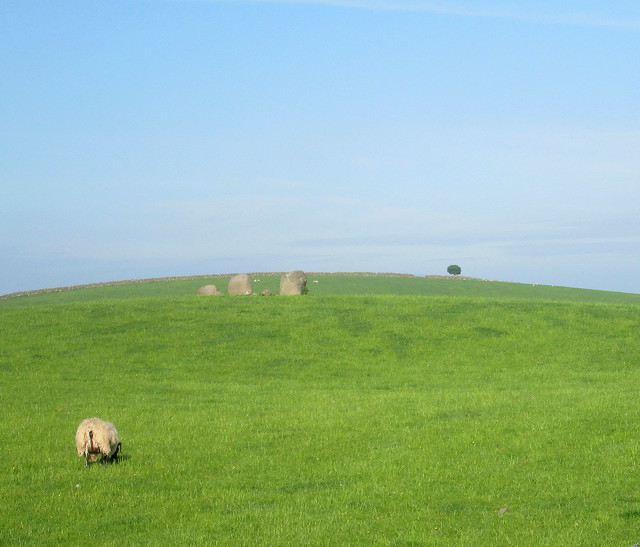