Just over a week ago we were in Aberdeenshire, visiting Fyvie Castle and remarking on how hot it was for the time of year. It turned out that it was 18 celsius at Fyvie and I know that because that night the weather man on the BBC said that Fyvie Castle had been the hottest part of Britain that day – amazing for late October. Just a week later and back home in Fife we had our first frost of the season. There was a time when we used to have a proper autumn which lasted for weeks but those days seem to have gone.

Anyway on one of my recent autumn walks I took some photos of the surroundings on the edges of the Balbirnie estate, get your flat shoes on and come with me! 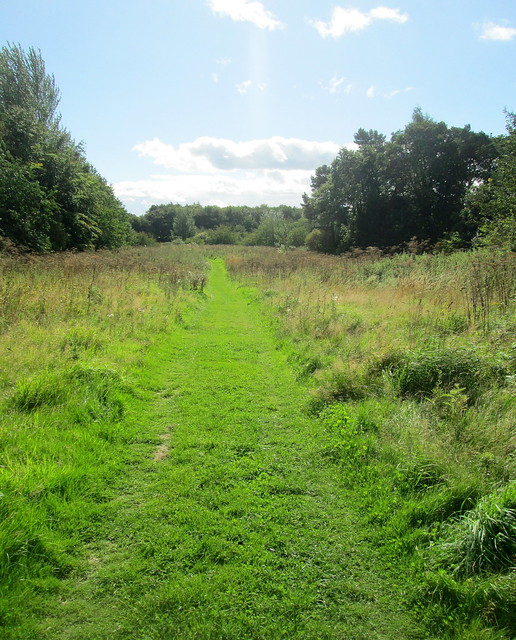 I’d like to know who put this hill here, it’s just a wee bit too steep to be enjoyable, until you get used to it! 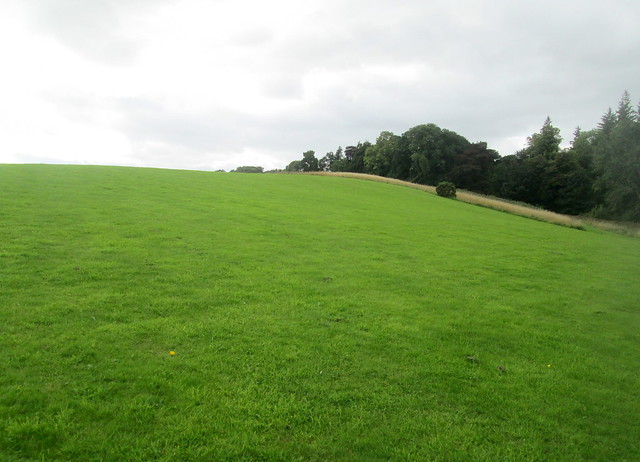 Phew – we’ve reached the top and it’s downhill for a while now. 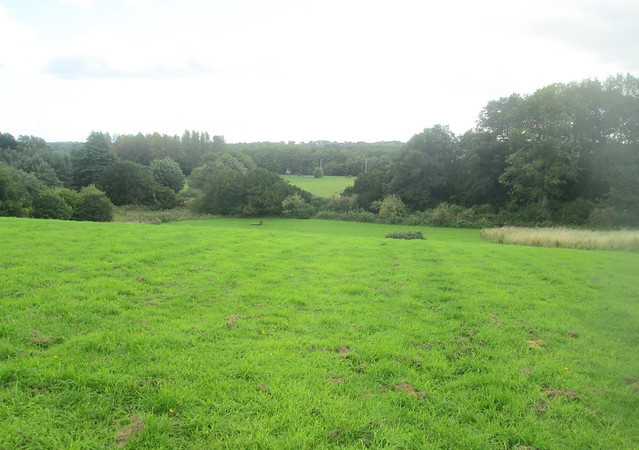 So called civilisation with a road in the background, but the cars don’t seem to bother the horses in the field which you should be able to see – just. 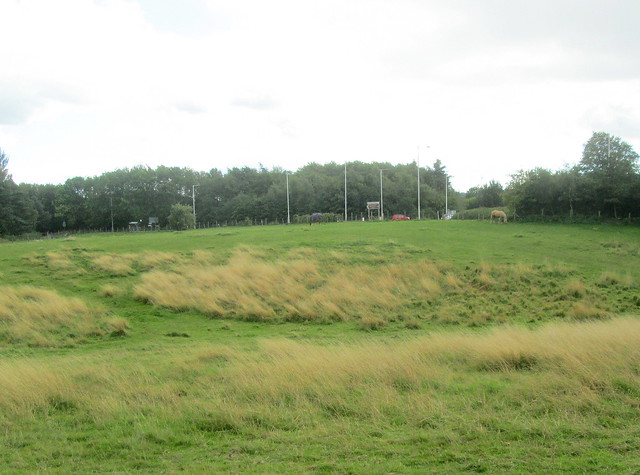 If you look carefully below you should be able to see an orange and black beetle, near the centre of the photo below, it’s a Burying beetle, that’s only the second one that I’ve seen and I saw my first one just a month previously as it was in the act of burying a shrew’s carcass – life must go on I suppose, for the beetle anyway. 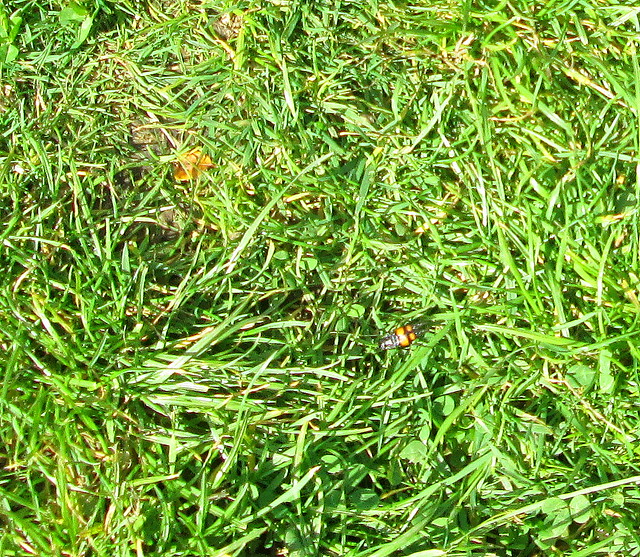 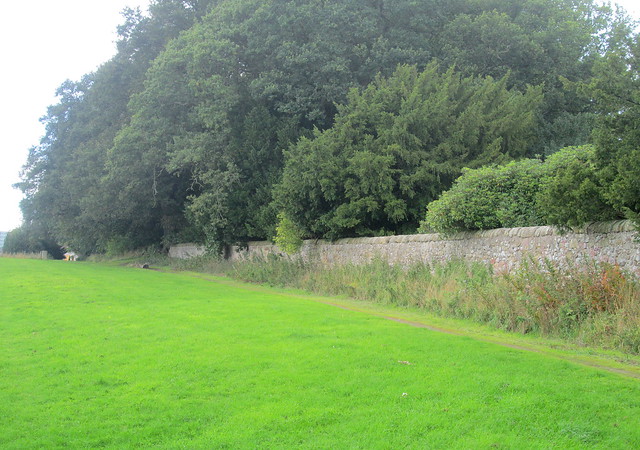 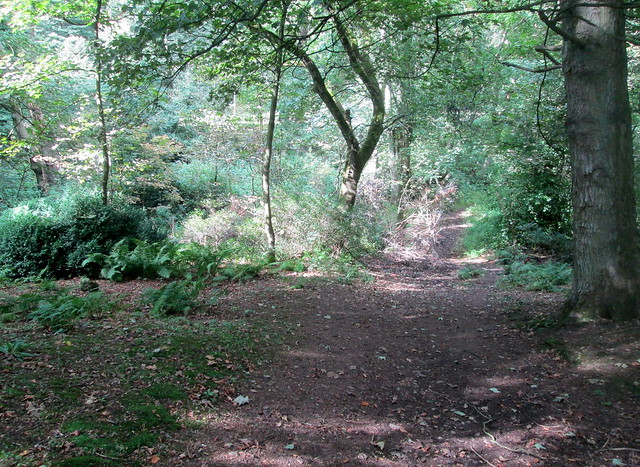 In the winter the ground here is usually really boggy, it doesn’t help that mountain bikers use it too. 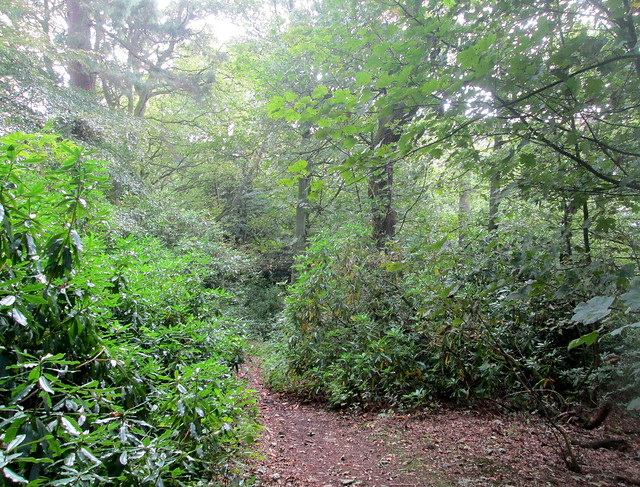 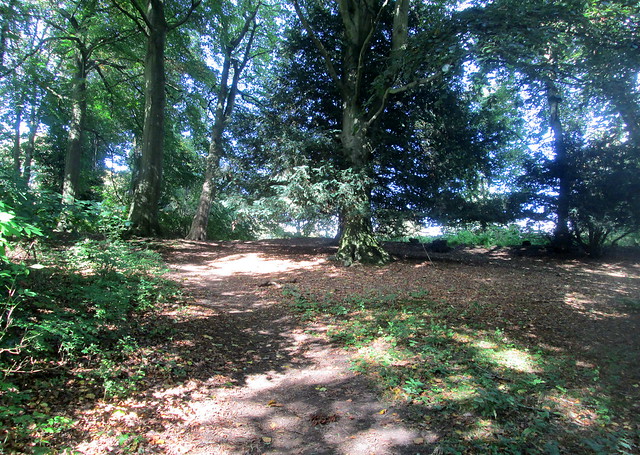 Back on to the gravel path, there’s a busy road to the left of this path but trees and a stone wall hides the traffic. You might think that it looks like the photos were taken on different days as the sky goes from bright blue to whitish grey – but that’s our constantly changing weather! 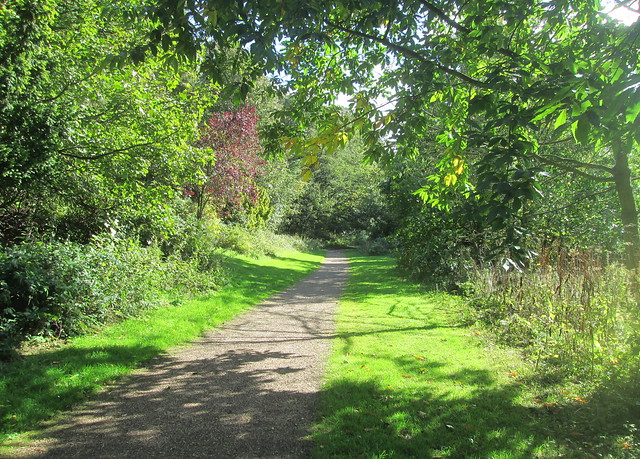 The berries below are on Viburnums or Guelder rose. 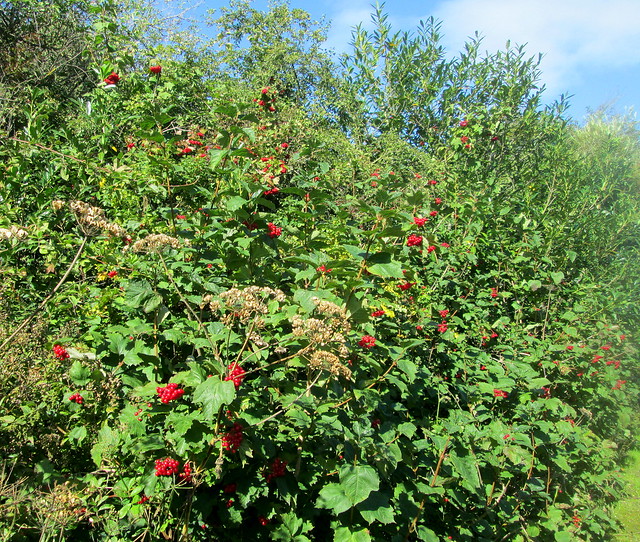 They’re so bright and shiny they almost look like plastic. 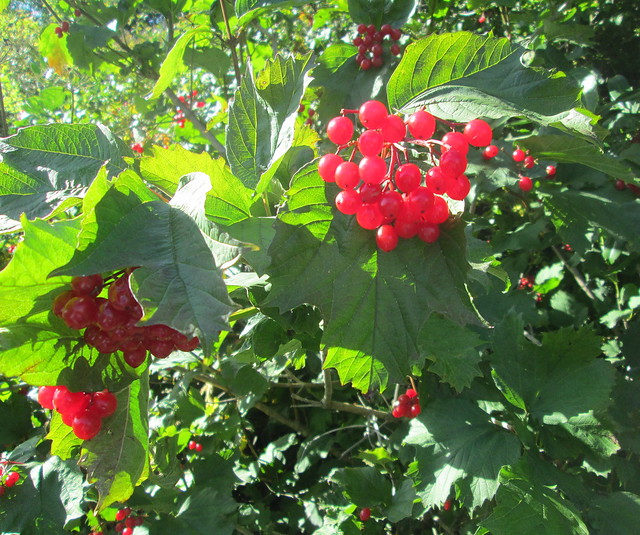 I love the roots of the tree below, look closely and you’ll be able to see a short blue nylon rope hanging from the left of the tree. Local kids are obviously using it as a rope swing and you can also see that they’ve been making stepping stones over the burn. I’ve never seen anyone playing there but I’m so happy that kids are still doing things like that and aren’t always glued to some electronic gadget. 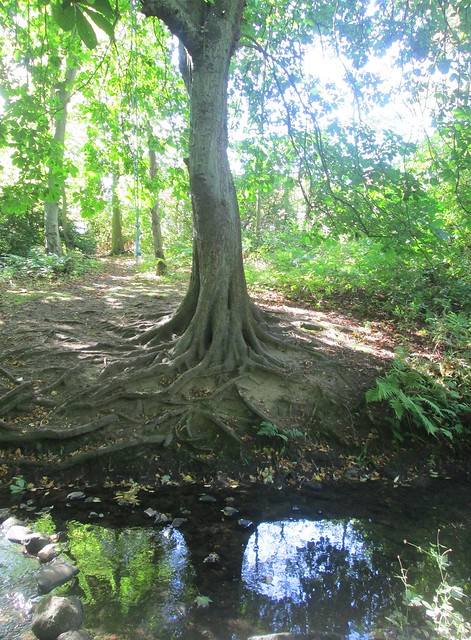 I also love the fact that people have been working and living around this area for thousands of years, well about 5,000 years anyway, and below is the evidence they left behind in the shape of standing stones and burial areas. 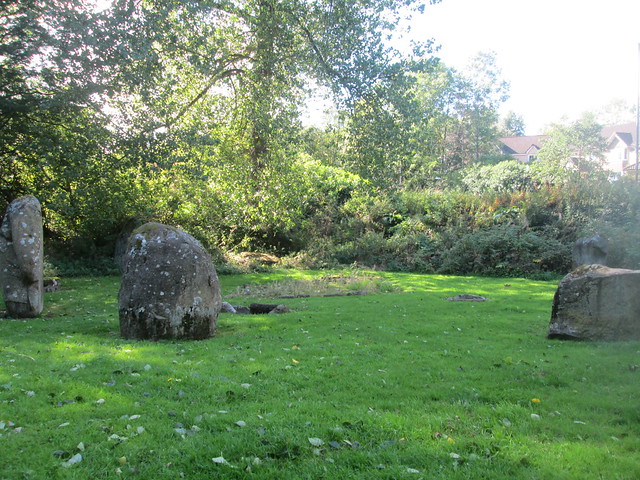 Well, that should have burned off a few calories, so it’s a good excuse to put the kettle on, put your feet up and have some tea/coffee and biscuits. That’s what I did next anyway.

7 thoughts on “An Autumn Walk”