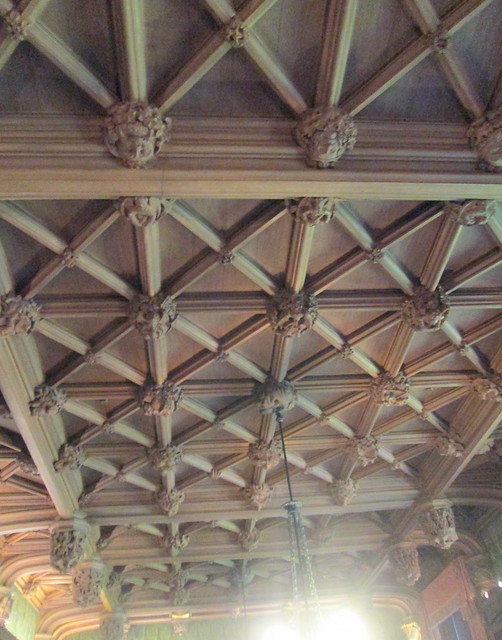 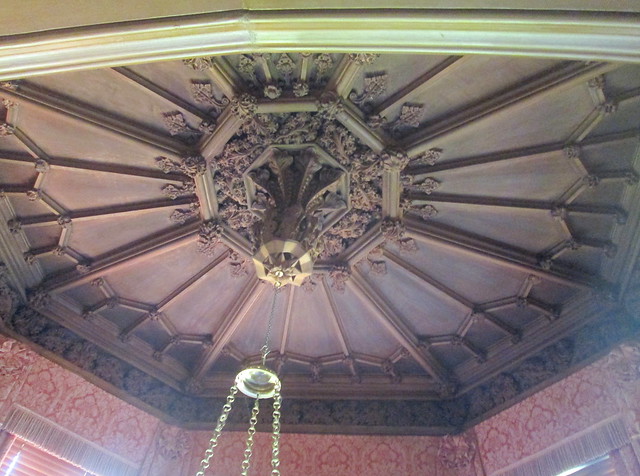 Back to Sir Walter Scott’s Abbotsford, the ceilings are all very ornate, and each one very different. The photos above are of the ceiling in his library, the second photo is of the ceiling above the window alcove in the photo below, in reality it isn’t as dark as it looks in the photo. 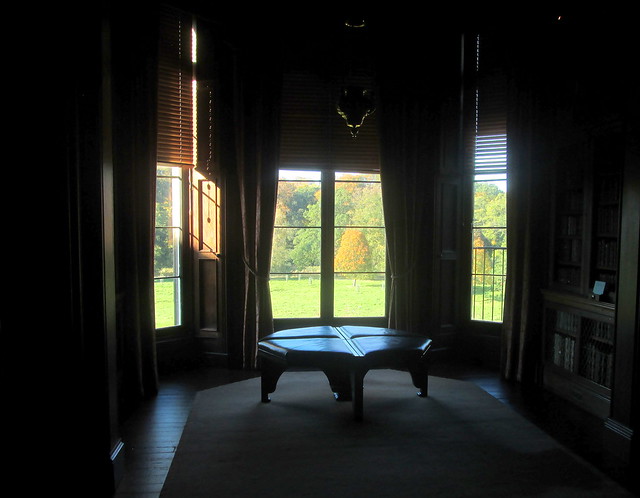 The books are all held prisoner behind grating which I can understand as I’m sure some people would haul them out by the spine if they were loose on the shelves. 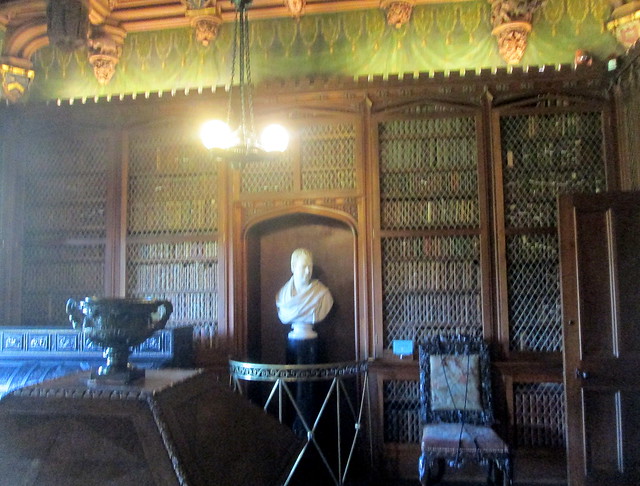 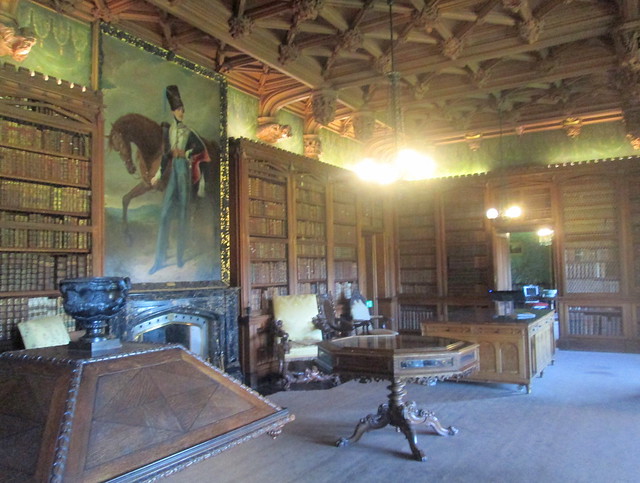 Below is a view from a library window, it’s at the back of the house and the River Tweed can be seen, but not in this photo. 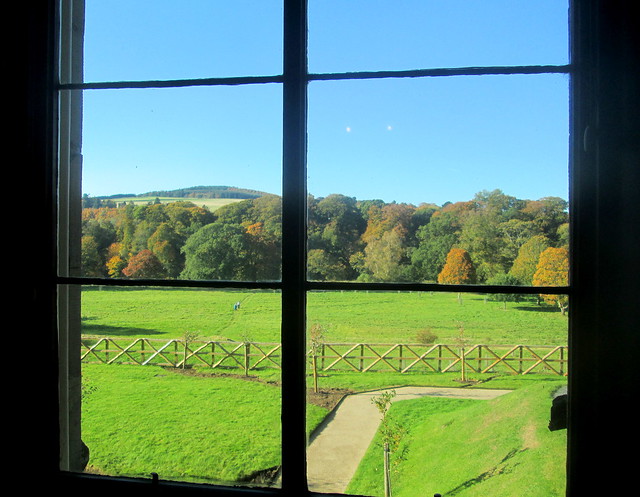 The library is behind one of those windows as this is a view of the back of the house.

Below is a view of the front of the house. Abbotsford is quite different from how it looked in Scott’s day, mainly because his son added a large extension to the left of the front door. The downstairs rooms have been left untouched but you can’t go upstairs in Abbotsford, mainly because there’s nothing original to see from Scott’s days there. Scott descendants lived in the house until fairly recently and to them I suppose it was just home.

I still have loads more photos of Abbotsford. I’ll get around to them sometime.