When we were down visiting friends in the north of England in Rochdale to be precise, we were asked if we would like to visit The Piece Hall, except when we heard that word we both thought ‘peace’ and thought it must be something to do with a war, particularly as it was around the WW1 centenary. So we were very surprised when we got there to see that it is Piece Hall and is actually a massive Georgian building in the shape of a quadrangle which opened in 1779. 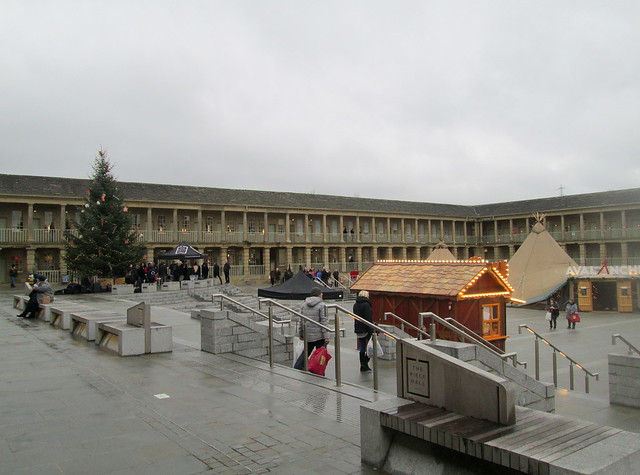 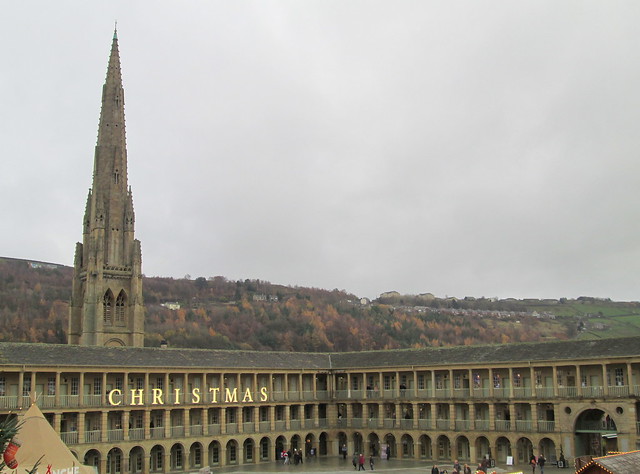 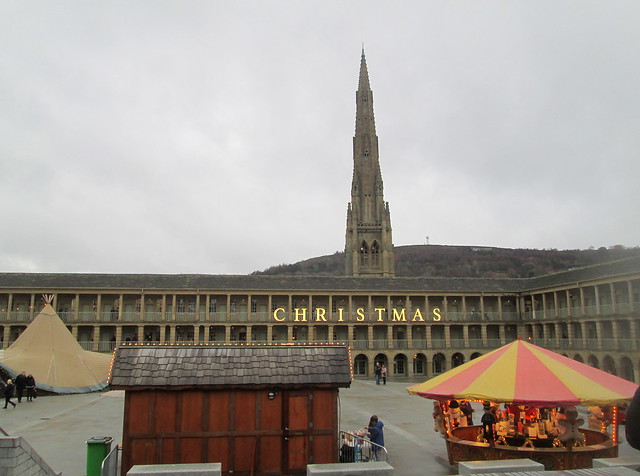 This is the place that the handloom weavers who were weaving in their own homes took their pieces of cloth to sell them. It was hoped that this would mean that a more efficient and competitive market which would discourage fraudsters.

An 1831 description of Piece Hall says:

The Piece Hall was erected by the manufacturers and is a large quadrangular building of freestone occupying an area of ten thousand square yards with a rustic basement storey and two upper storeys fronted with two interior colonnades which are spacious walks leading to arched rooms where goods in an unfinished state were deposited and exhibited for sale to the merchants every Saturday from ten to twelve o clock. This structure which was completed at an expense of £12,000 and opened on 1 January 1779 unites elegance convenience and security. It contains three hundred and fifteen separate rooms and is proof against fire.
— Samuel Lewis, A topographical dictionary of England[5] 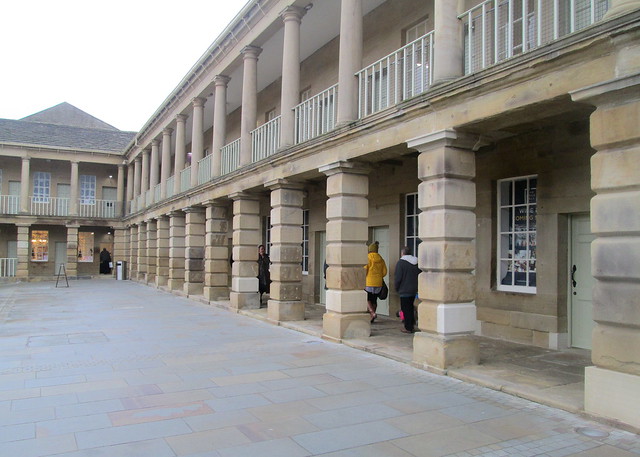 It being in the run-up to Christmas there was a local brass band playing in the square. 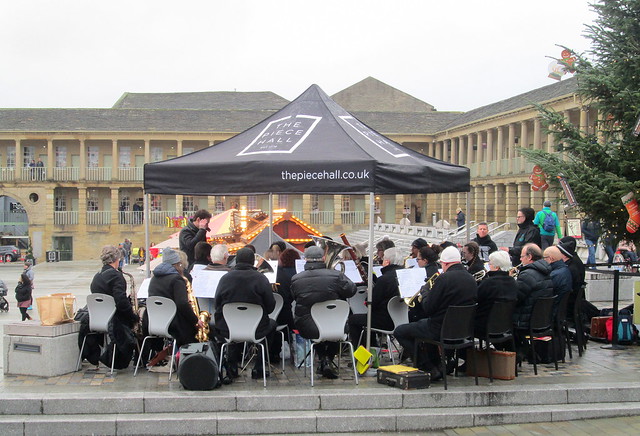 It seems amazing to me that such a grand structure was built for the sale of woollen cloth, but the industry was very lucrative, although as always the people doing the actual work probably didn’t make as much from it as others up the line of business.

Nowadays the spaces have been divided into small independent businesses, all sorts of shops, a great place to find something different if you’re looking for gifts. Of course eateries feature too.

I was really pleased when I noticed that the massive cast iron gates (which I didn’t get a photo of) had been made by the Sun Foundry in Glasgow! You can see them here.