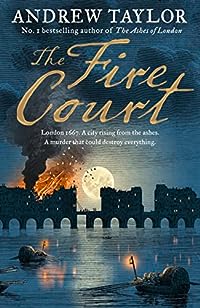 6 thoughts on “The Fire Court by Andrew Taylor”