After we visited the Japanese Garden at Cowden we stopped off at the village of Yetts O’Muckhart. I had spotted a sign pointing to the church and wanted to check it out.

It’s a plain 18th century very Presbyterian looking church. I’m not at all religious as I dislike that we’re the best attitude that many such people have but I love old churches, possibly because they’re always situated on what was a sacred site for some much older religion than Christianity. One which speaks to me more as it’s more about trees and plants. I see from the photo that they are hedging their bets here as they’ve chosen to situate a holly tree in front of the church – very Druidesque! 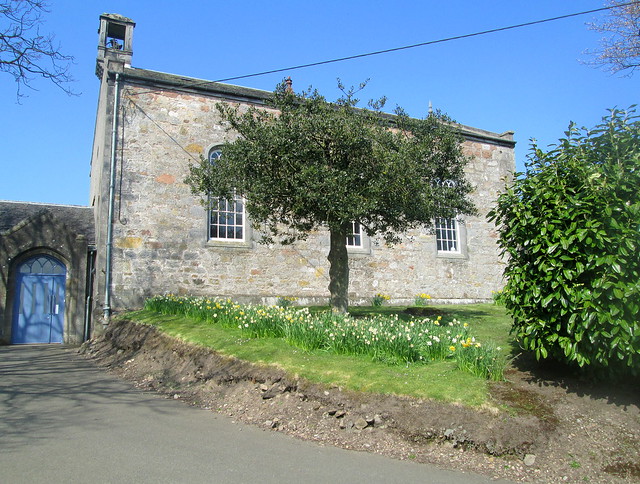 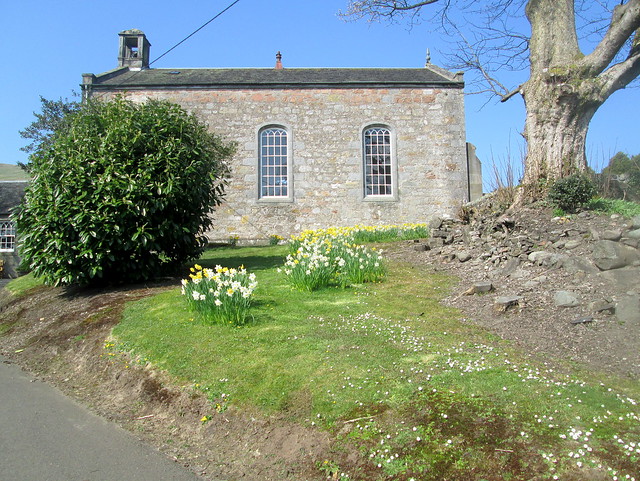 How do you feel about graveyards? I’m not so keen on modern ones but I do love to mooch around really old graveyards. If you look at the stone wall in the photo below you’ll see some really ancient gravestones have been incorporated into it. As I recall they’re from the 1600s. 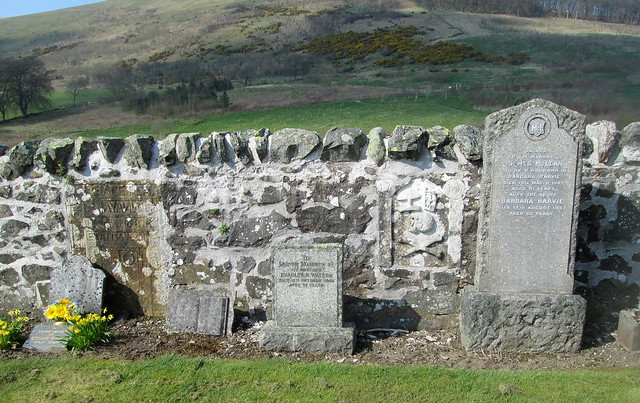 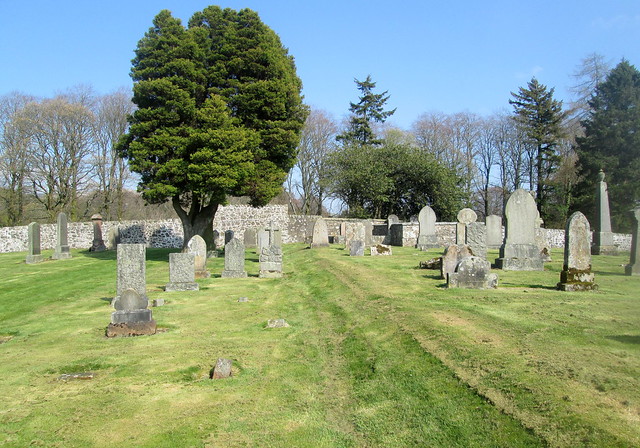 The setting is lovely and it’s so peaceful. 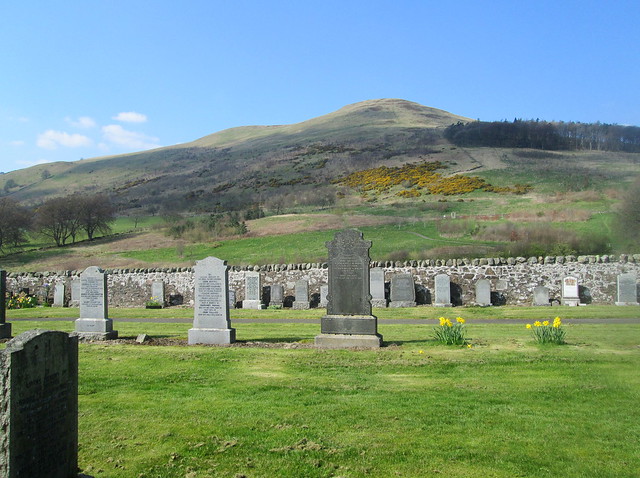 It seems that almost all British graveyards have at least a few war graves, of servicemen or women who came home after having been wounded and didn’t survive. He lived to see the peace, surviving just 19 days after the armistice. At least he got a beautiful resting place, but it’s rather a scanty stone, no age given and no personal message from any relatives at the bottom of it. Maybe he didn’t have any. Note the spelling of the word ‘serjeant’. I wonder when they changed it to a ‘g’. 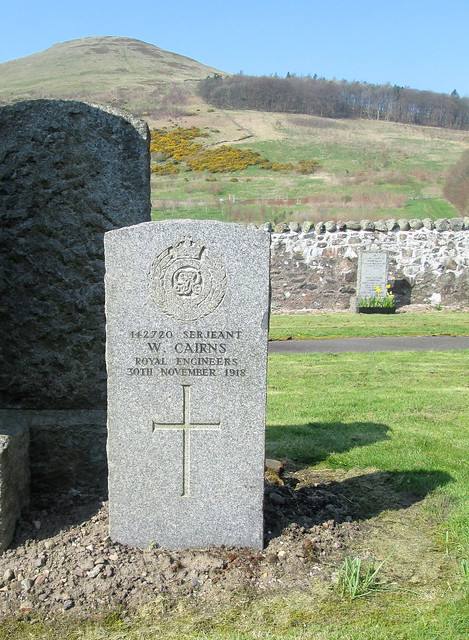