If you know anything about Russian history one thing that you will want to visit in St Petersburg is the Aurora as she fired the blank shot which signalled the start of the Bolshevik Revolution of 1917. Here she is below, moored in the River Neva and just having been given a bit of a makeover, she’s apparently a darker shade of grey than she was formerly. 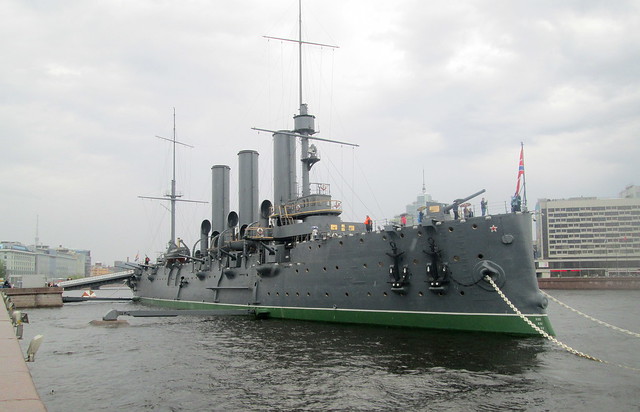 It was possible to get on her but we didn’t fancy the size of the queue. 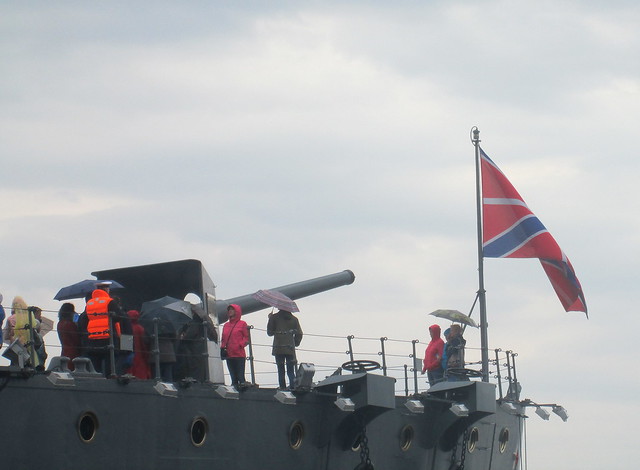 There are lots of bridges over the Neva and as you can see – lots of tramlines too. 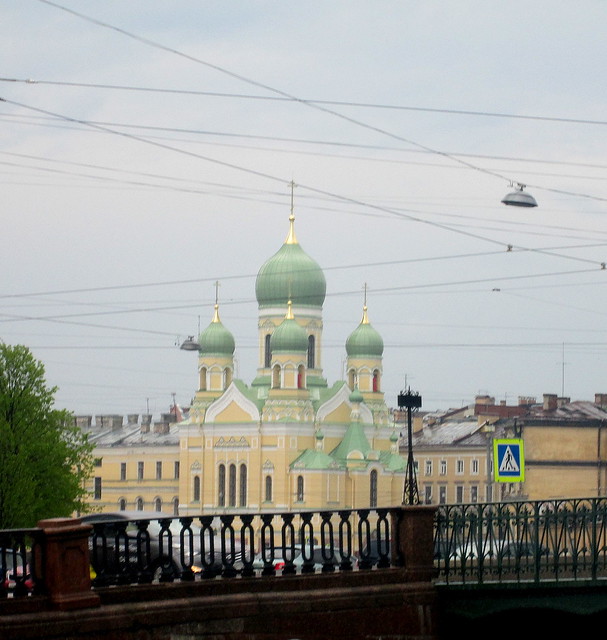 The Church on the Spilled Blood below was built on the site of the assassination of Tsar Alexander II. Apparently you can still see the blood stains, but I suspect that it’s a bit like Holyrood Palace and Rizzio’s bloodstains – a bit faked up. As you can see it’s swathed in scaffolding at the moment. 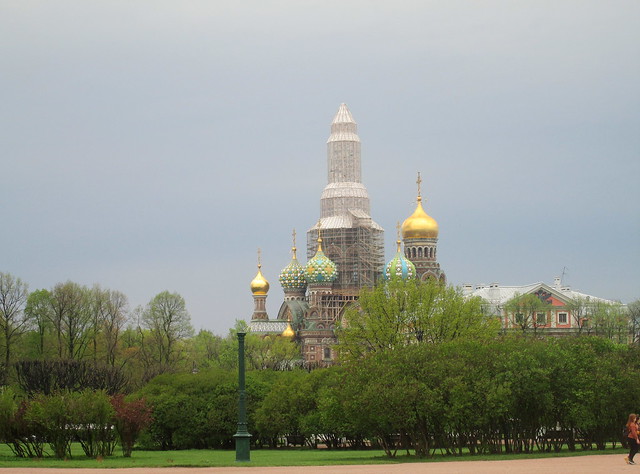 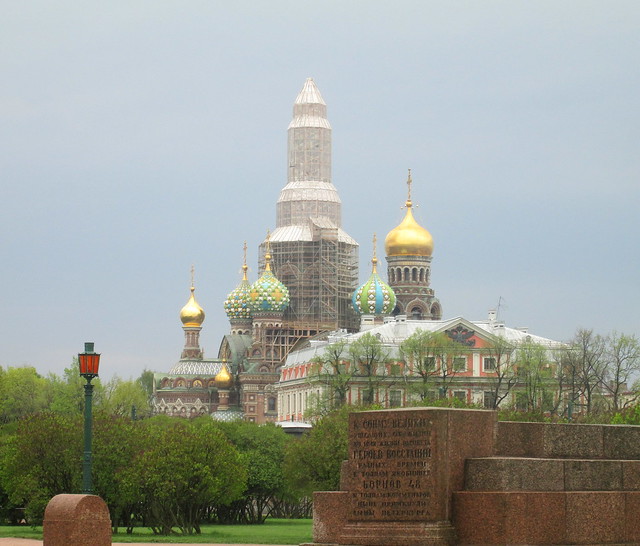 Looking across the Neva again to the Peter and Paul Fortress with the golden spires. 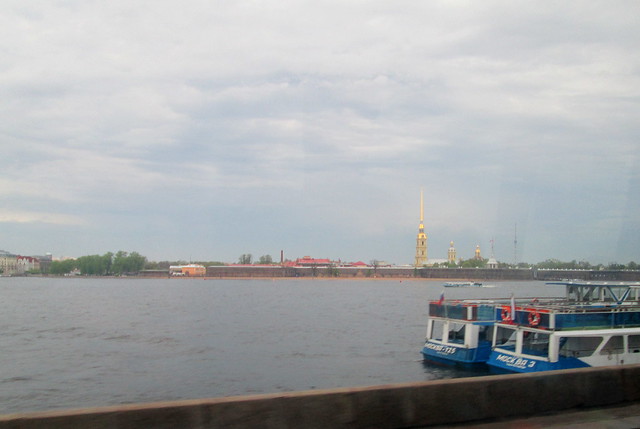 Every direction you look in there are churches or palaces, we believe the one below is the General Staff Building. You can see red banners hanging from posts, very Soviet Union looking. These were to commemorate the anniversary of May, 9th 1945 Victory Day. Unfortunately we just missed the celebrations which were a few days earlier. 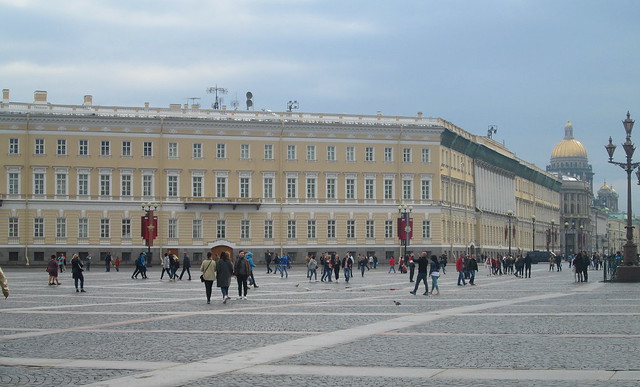 Below is a sort of canal which is really part of the Neva I think. 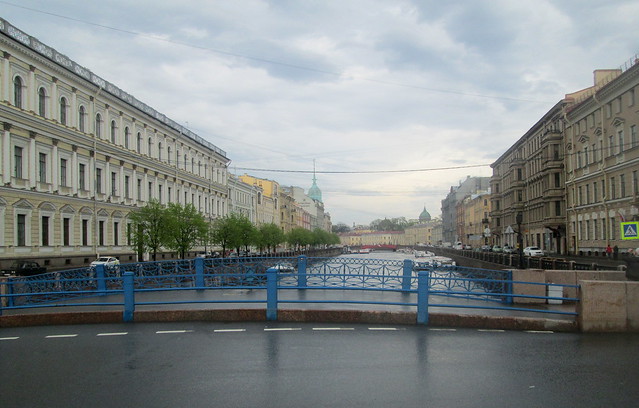 Below is some sort of government building I think. One thing that I really wish I had done before going to Russia was to at least buff up my knowlede of their alphabet, it might have helped a lot.

Below is a photo of an ordinary street in St Petersburg. One thing that I really liked is that the traffic lights have a countdown so you know how long you will have to wait before the lights change again. The ‘green man’ actually speeds up his walking action as the time to cross begins to run out – so helpful I thought! 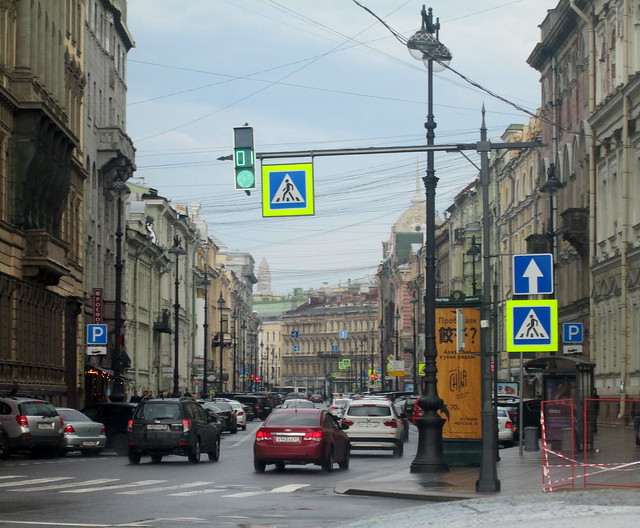 Looking at the huge amount of very grand buildings many of which were palaces in St Petersburg it’s very easy to see why they had a revolution. The difference between the haves and the have nots was enormous 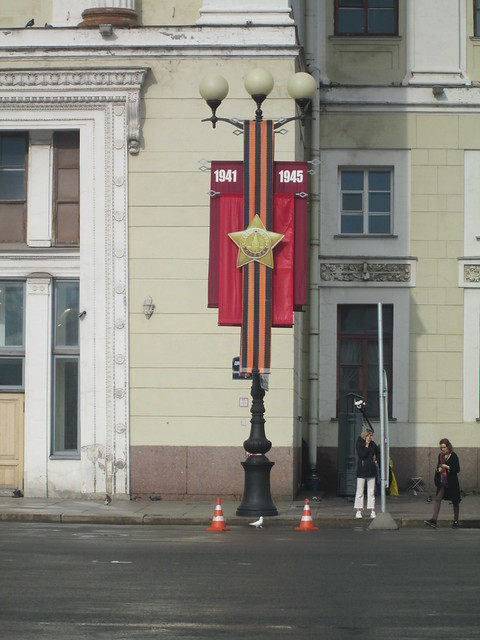