Helsinki in Finland was one of the destinations on our recent Baltic cruise. We decided to walk out to see the structure which commemorates the composer Sibelius – we walked and walked – and ‘better’ walked as the Scots phrase for too much goes, thinking we would never get there, but we did, just as three bus tours full of Chinese tourists descended on it. They all wanted an individual photo of themselves standing beside the monument for some reason, so it was quite some time before we could get an image of it on its own. Meanwhile I wondered if any of them had even heard of Sibelius, but for all I know they may have been a Chinese branch of his appreciation society! 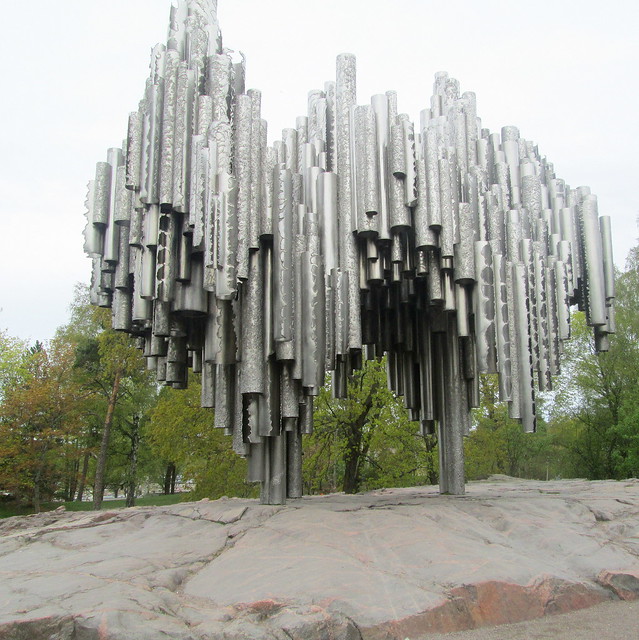 I’m wondering if the designer got mixed up between Sibelius and Mendelssohn as it really reminds me of Fingal’s Cave which is the cave on the uninhabited Scottish island of Staffa in the Inner Hebrides which inspired Mendelssohn to write his best known piece of music of that name. you can see images of it here.

Below is the man himself and yes they did all have to have their photo taken with him – individually. 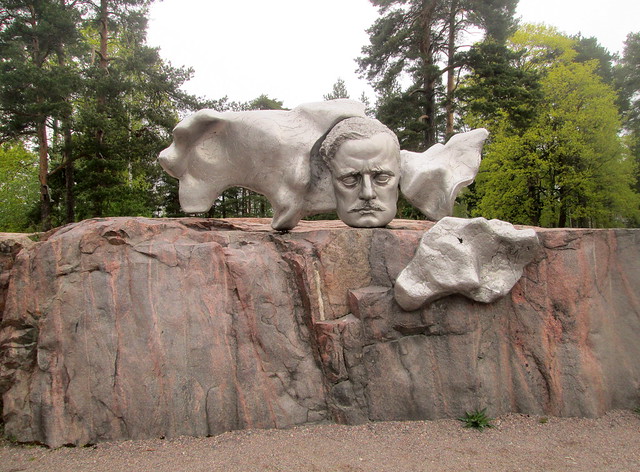 I found the video below on You Tube, it’s his Finlandia, Op. 26.symphonic. Apart from beautiful music it also shows amazing scenery and lots of animals as well as the northern lights.