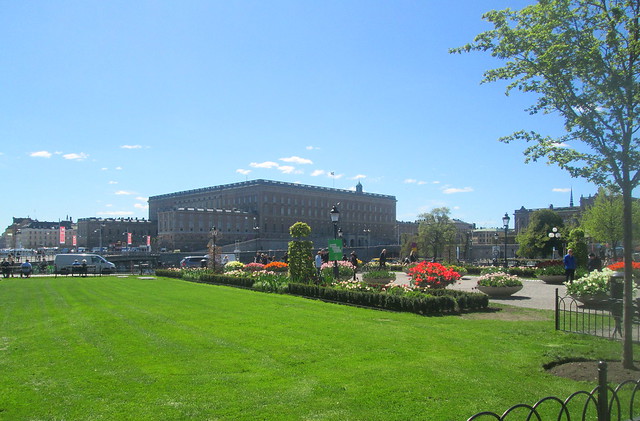 Back at Stockholm, above is a photo of the royal palace and public gardens nearby.

Below is a statue of what Jack described as a disporting gent but we didn’t find a clue as to who he is. 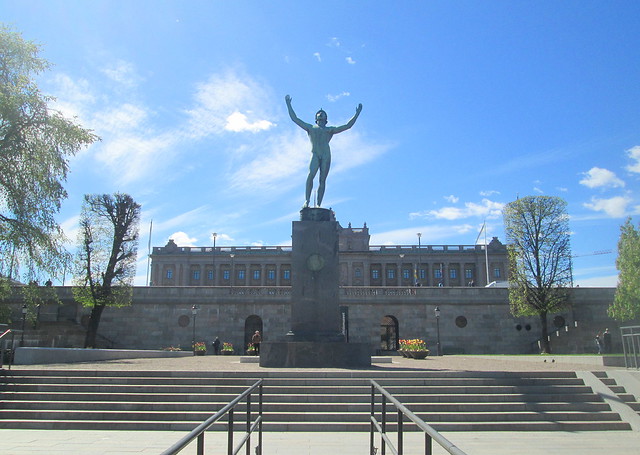 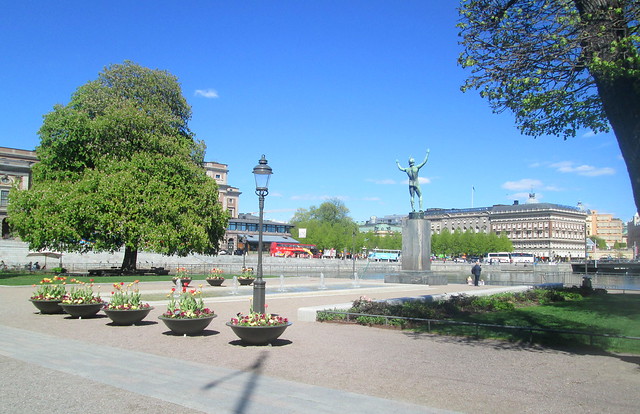 Below is definitely Linnaeus. 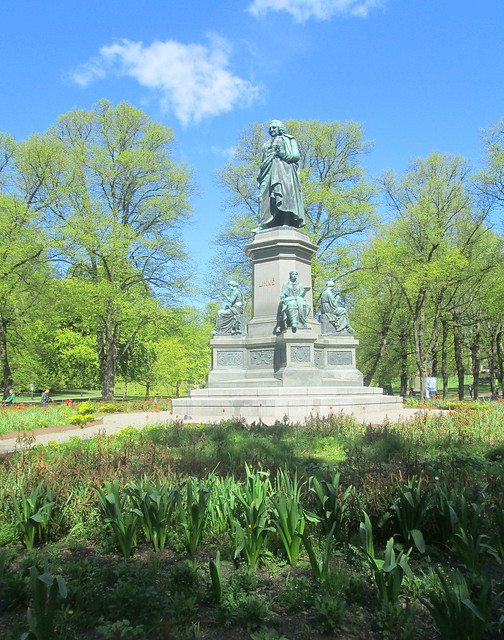 One of a pair of waterfalls at the royal palace. 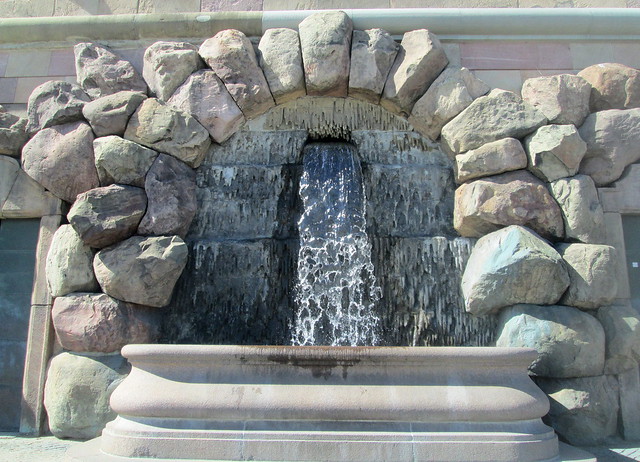 A church and street. 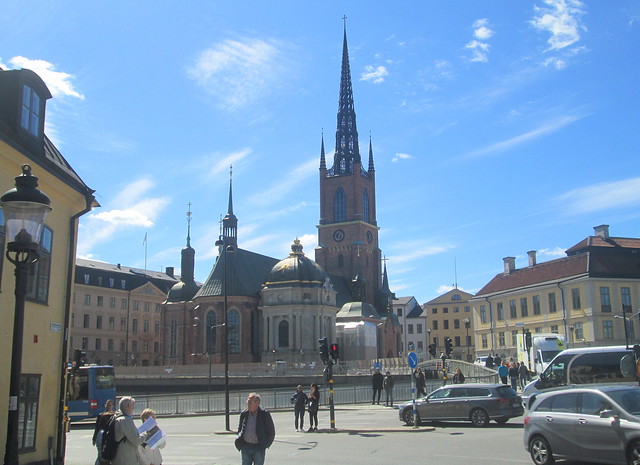 The national museum – below. 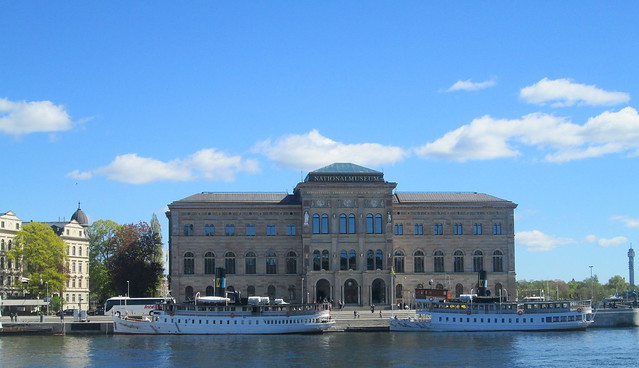 The Riksdag below is I presume the parliament building, I thought the plane flying past would have looked better than it does in the photo. 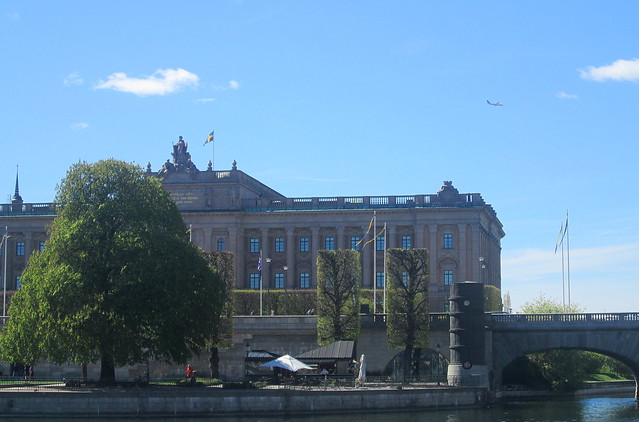 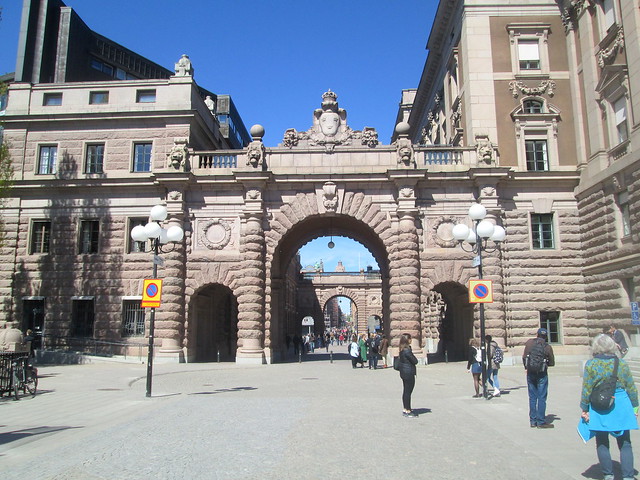 Eventually we found Gamla Stan which is the old part of the city and as you can see was stuffed with tourists. Shops selling Dala horses abounded, but we resisted as our old ones look nicer than the ones they sell now. I nearly bought an old children’s book with lovely illustrations but as the shop owner was on the phone all the time we were there – chatting with a friend – she didn’t get the sale. I’m still annoyed, but it happens here too, I just wonder why people have shops if they aren’t willing to serve the potential customers. 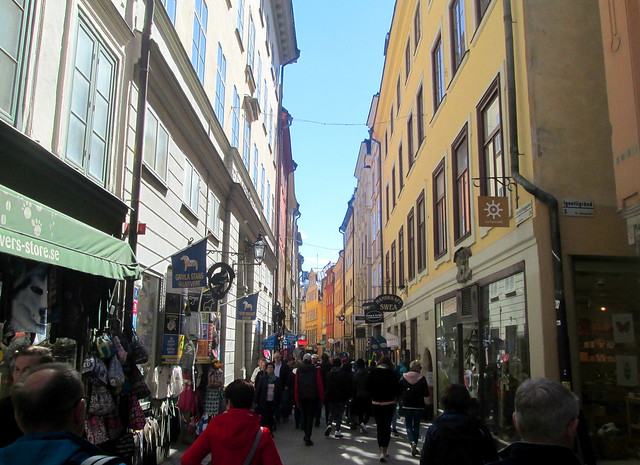 Lastly is a photo of the waterfront. I don’t know what it would be like on a cold and grey winter’s day, but certainly in blue sky sunshine Stockholm is a stunningly beautiful city. 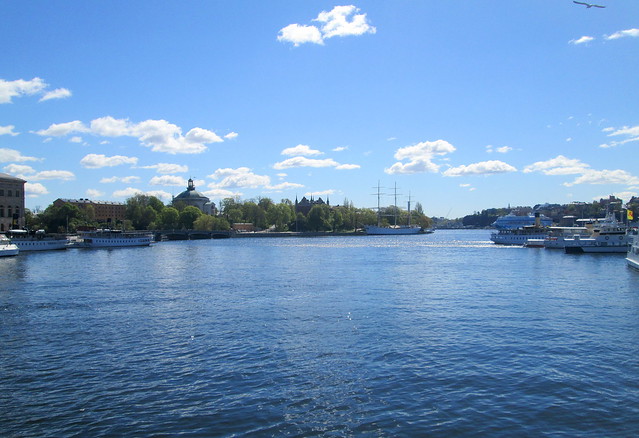