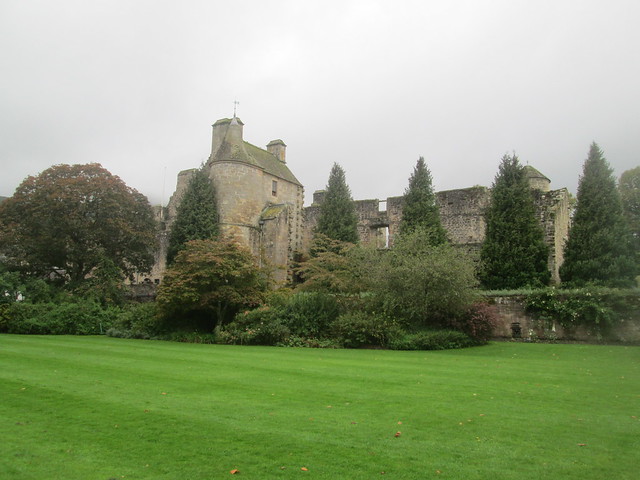 A couple of weeks ago I decided that we should visit the nearby Falkland Palace, before they shut the place for the winter. I specifically wanted to see what the gardens looked like as autumn crept up on us. In the photo above you can see the palace and ruins as viewed from the back. The palace was built as a pleasure palace, mainly used as the ‘hunting palace’ of the Stuarts. It was a favourite place of Mary Queen of Scots as it reminded her of the French palaces she had grown up in. 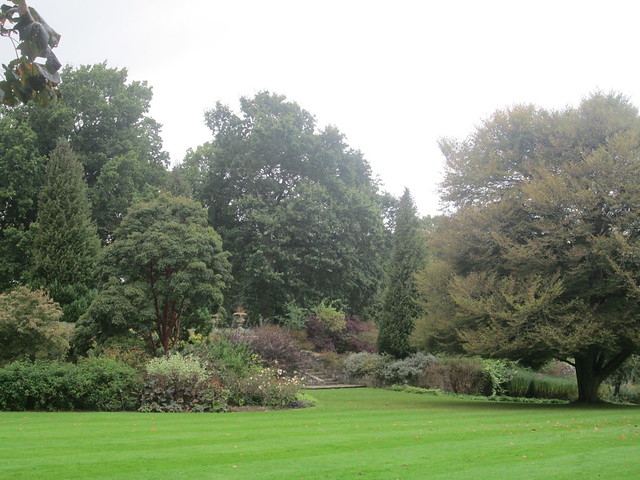 It was even a wee bit misty – as befits the season. 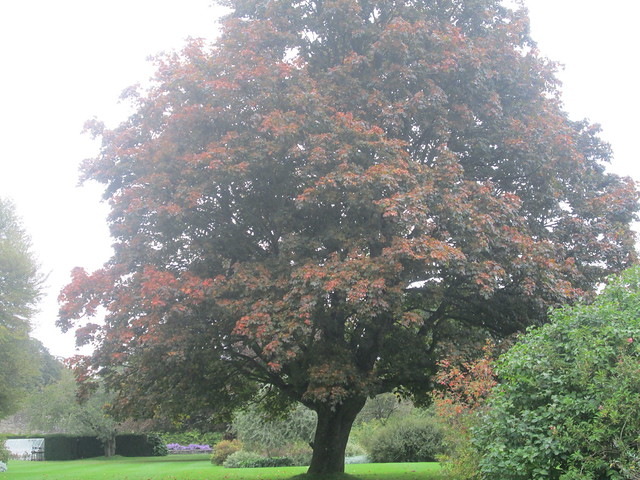 I think I zoomed in on the one below too closely as it looks a bit pixelated, but it gives you an idea of the autumnal shades. 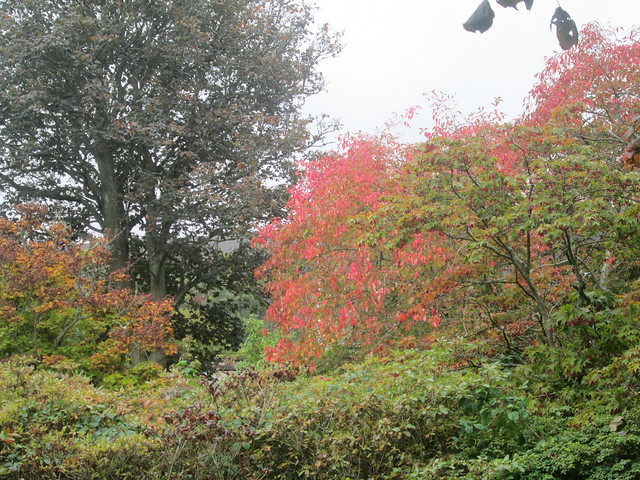 The stone building in the photo below houses the real or royal tennis court. One time we went there people were actually playing real tennis, I think it calls for more skill than the modern version. The court is the oldest surviving one in the country, I think there are only a couple more of them. 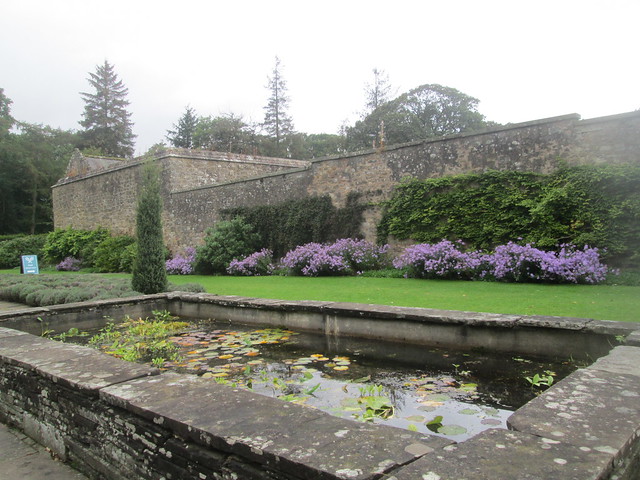 I took the photo below just by turning around after taking the photo above it, so we’re looking back in the direction of the palace again. 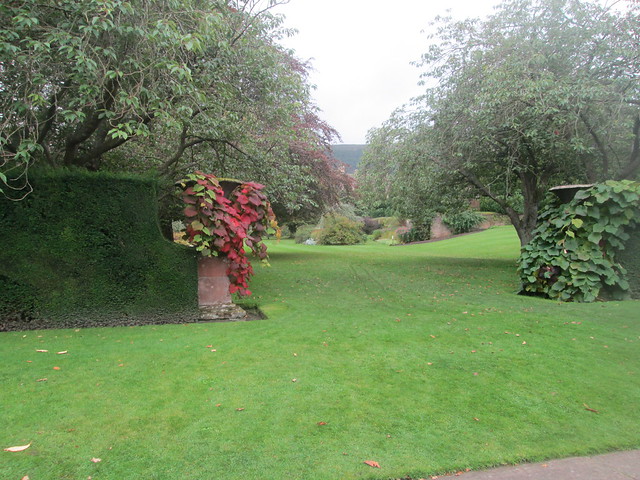 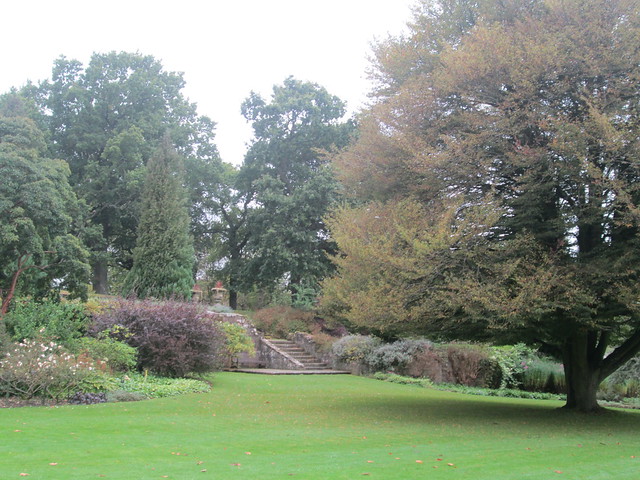 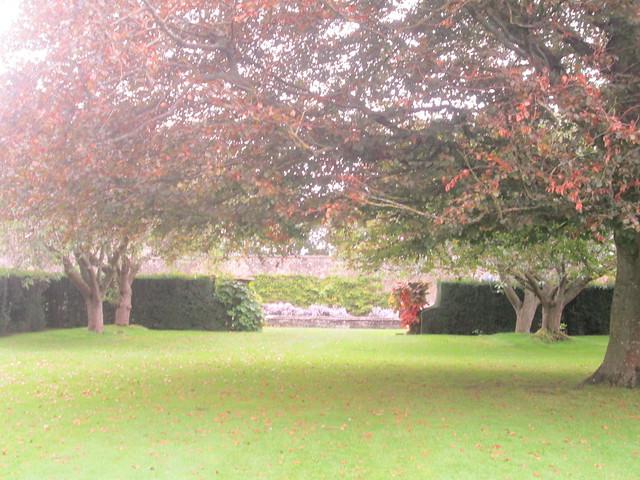 The church in the photo below is next door to the palace, but it’s a lot more modern than the palace which dates from 1501, but there was a hunting lodge belonging to the Macduff Thanes of Fife, as long ago as the 12th century. 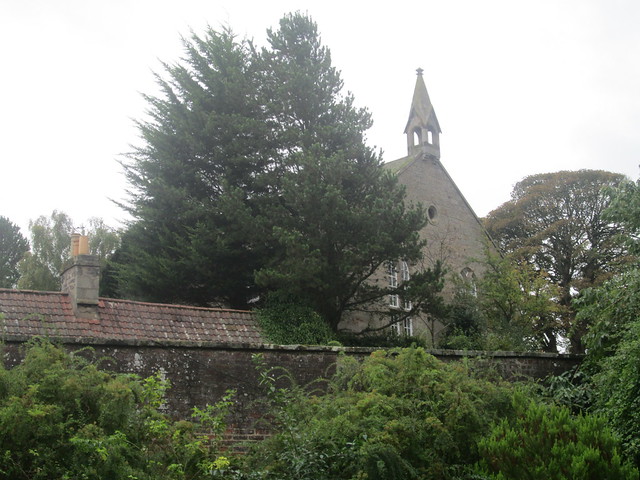 Click here if you want to see more photos and read a bit more about Falkland Palace which is now run by the Scottish National Trust.

You can see images of the real tennis court here. It’s a complicated game as you get points for hitting the ball through the windows in the back wall so the scoring system must be very different. You serve by hitting the ball onto the small sloping roof at the side.

We did go inside the palace but they don’t allow you to take photos which is a shame. The chapel is still used as the Roman Catholic church for the area. However as lots of people are very happy to dodge the rules there are images online of the interior of the chapel which you can see here.

Like so many places in Scotland, Falkland has been used as a location for filming Outlander.