Last Saturday we decided to go for a good long walk before Storm Ciara really hit us hard as was forecast, and we had been meaning to visit the Barrel Brig ever since we saw a photo of it on our 2019 calendar. So we drove to the wee village of Coaltown of Balgonie to park the car there and stroll along the country road in the right direction. I took the photo below of Balgonie Castle from a very rural lane. If you look carefully to the left of the middle you’ll see a castle which is a mixture of ruins and a family home. The castle has been used as a location in Outlander, as have so many places nearby. 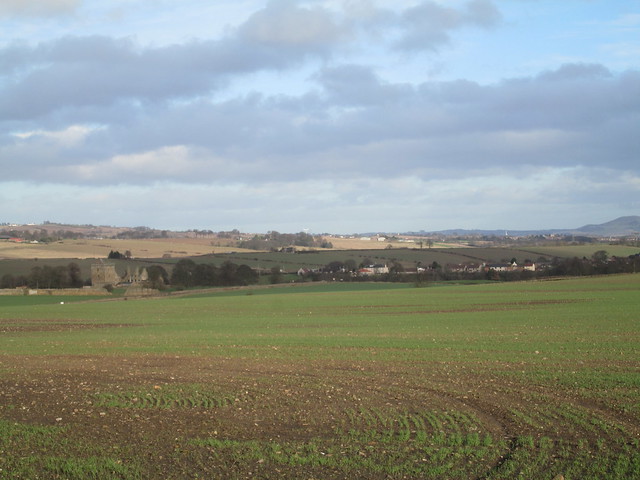 It wasn’t long before we realised that it was a mistake to tackle this walk at the weekend as we could hear the roar of motorbikes and quadbikes. But some of the bikers pointed us in the right direction for the bridge and presumably the farmer was happy for them to vroom about in this otherwise empty field. 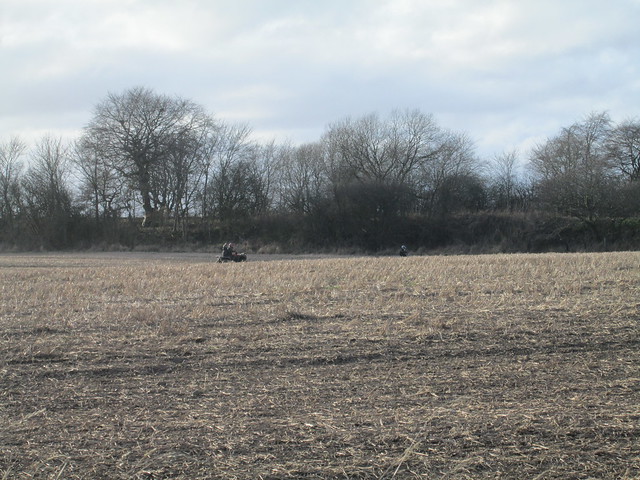 The road went from being fairly good tarmac – 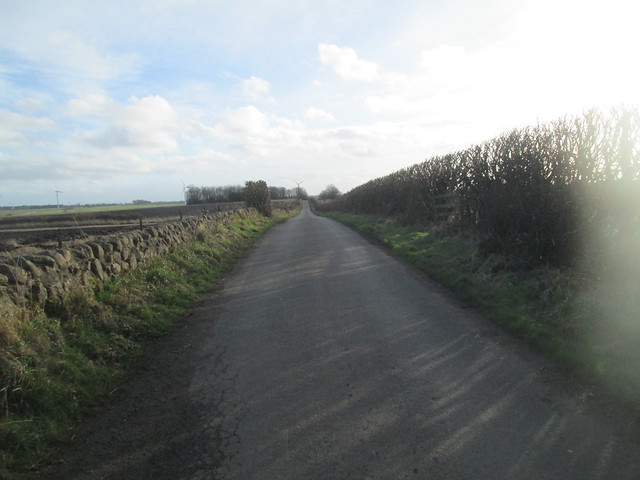 To truly awful mud due to the motorbike traffic. My boots felt twice as heavy as they had been – so mired in muck were they. 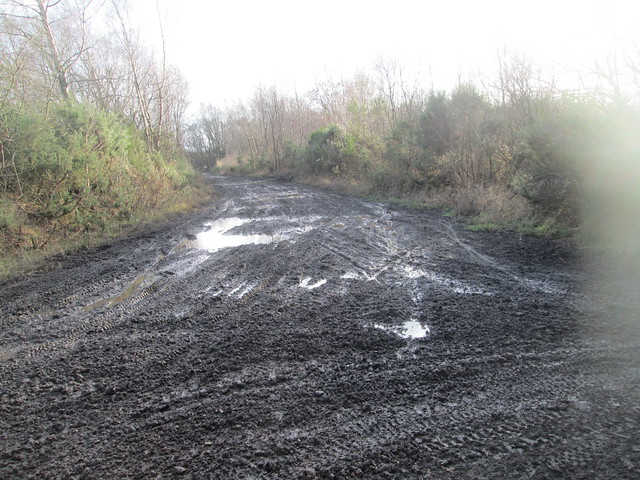 But we struggled on, just hoping that we were going in the right direction. 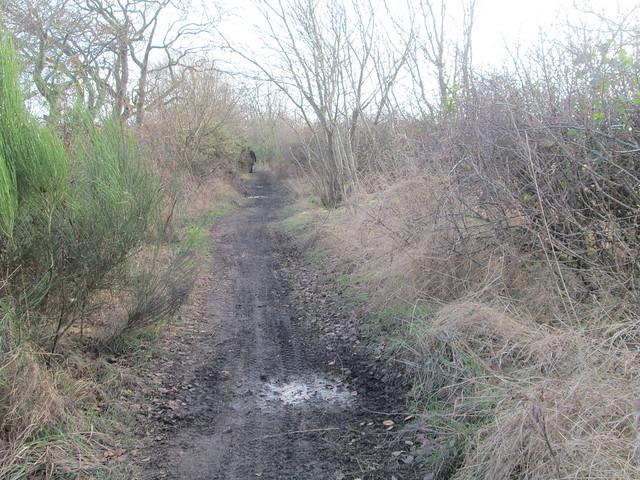 Eventually we could see a river through the trees, the River Ore. 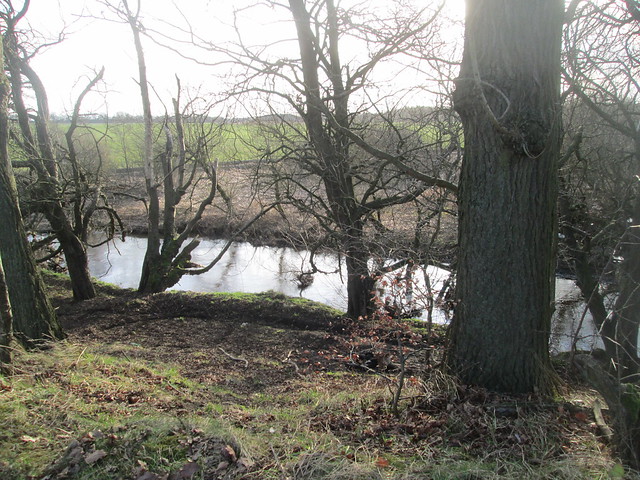 The bridge is described by Historic Scotland as an – early 18th century double arch bridge with cutwater buttresses to centre pier. Rubble spandrels with squared and coursed rubble soffits. It is a pack horse bridge, erected before 1725 and was presumably used by farm labourers who were carting crops around and maybe even people, if they were lucky enough to be given a lift. 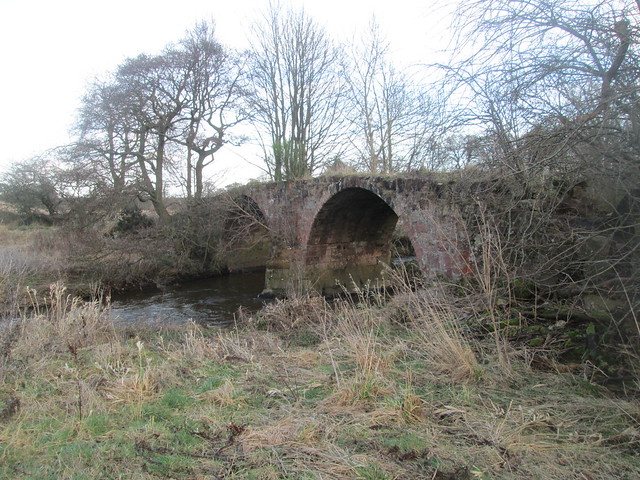 The River Ore here isn’t much bigger than a burn really but people still fish in it, or they did when there were any fish in it to catch. 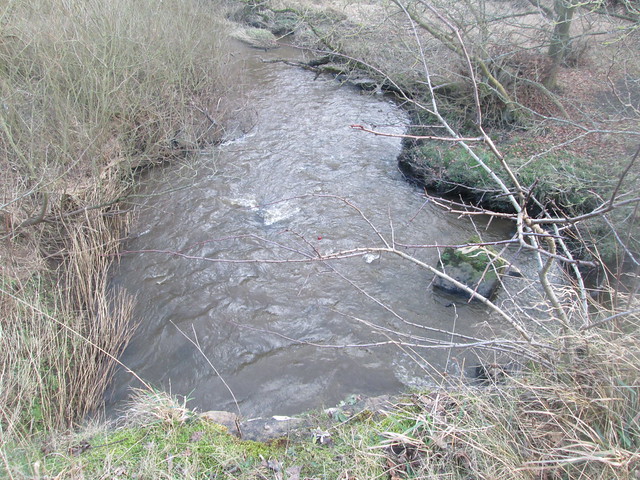 On the way back the sky turned to blue, for a wee while anyway, but as we were caked in mud by then we were glad to get home and sit down with some coffee. Sadly I didn’t lose any of the extra pounds that I put on over Christmas despite the exercise. 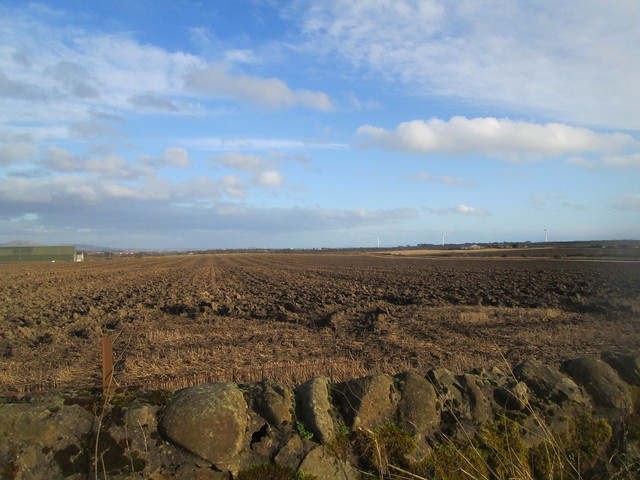 You wouldn’t believe that it was the same day – looking at the sky, but such is the weather in Scotland, just wait five minutes and it will have changed! I hope you enjoyed stretching your legs with me. 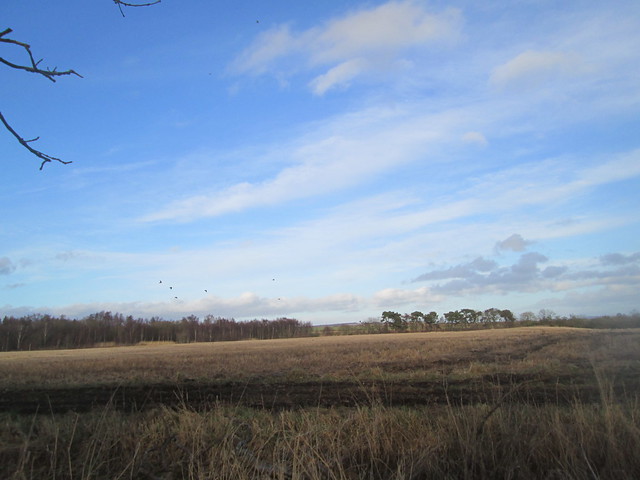 4 thoughts on “A Winter Walk in Fife”