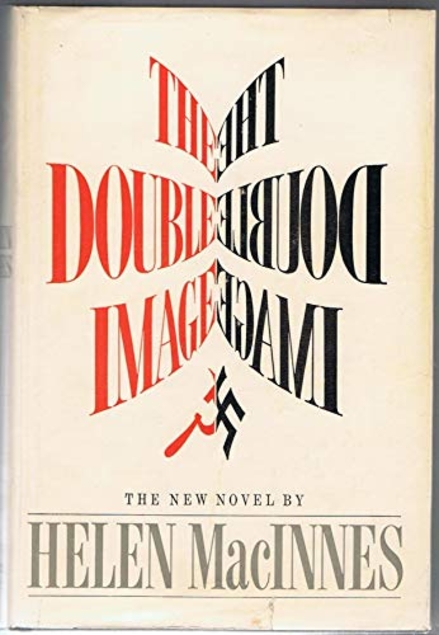 The Double Image by Scottish author Helen MacInnes was first published in 1966, so at the height of the Cold War and this book seems now to be a nostalgic look back to the time when spies were kitted out with seemingly innocuous items such as pencils, cuff links, tie clips and lipsticks in which could be hidden notes, microfilm or even a poison filled tablet for use in desperation.

The book begins in April in Paris where academic John Craig is doing some historical research. He’s very surprised to bump into an old professor of his in the street. Professor Sussmann looks very worried and it transpires that he has just seen a man that he had presumed to be dead years ago. Sussmann is an Auschwitz survivor and he’s in Paris to testify against a group of Nazis who are on trial in the city. Of course the Nazis are all claiming that they were only obeying orders, but the man who was giving them the orders is Heinrich Berg and according to Sussmann he has just seen him in Paris, although he was supposed to have died and been buried years ago. The worrying thing is that Sussmann thinks that he was recognised by Berg as they had been childhood friends.

So begins an old-fashioned but very readable espionage tale which ends up with John Craig becoming involved in a joint MI5, CIA and Deuxieme Bureau plot to catch Berg along with others of his ilk. As you would expect there are plenty of surprises along the way including double agents.

When the action moves to the Aegean island of Mykonos, a place that John Craig had intended visiting anyway, the sense of danger and tension ramp up.

This was a really enjoyable read, probably particularly if you remember the ‘good old days’ of the Cold War.

I love the dust jacket of this book but sadly my hardback copy has lost its cover. The one above is the one that should have been on my 1966 copy though, I think it’s very stylish.