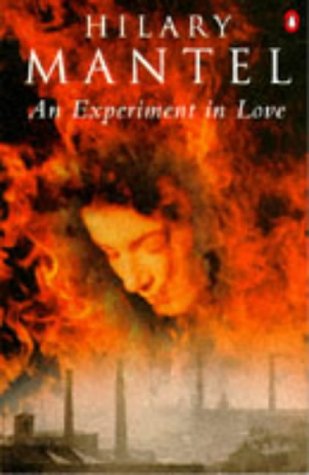 I’m dying to get my hands on Hilary Mantel’s The Mirror and the Light which is published later this week but I had a look at my bookshelves and realised that I had an unread book by her so decided to knock that one off the TBR list. An Experiment in Love by Hilary Mantel was published in 1995 and I loved it. I’ll give it four stars on Goodreads, ideally 4.5 I think. The author is five or six years older than me but her descriptions of how things were back in the 1960s were so evocative to me, it brought back so many memories.

The time slips backwards and forwards between childhood and college.

Carmel is an only child and living in the north of England with her parents in their council house. She has an Irish Catholic background and a mother who is ambitious for her. Karina who is in her class at school has a similar background and when it comes time to go to high school they both manage to get into the equivalent of a grammar school, the Holy Redeemer. It seems they are the only girls to have got there via a council estate. Karina isn’t a friend though, she’s the girl that all the mothers hold up as a good example to their daughters. Karina is clean, such a help to her mother and such and that doesn’t endear her to her peers. There’s a something about her though, she leads a bit of a secret life which Carmel catches glimpses of as she sees her smoking with a group of rough kids.

But the time quickly moves on to the end of schooldays when Carmel gets into a particular London college – as does Karina and Julianne from the same school, and the main topic of conversation in the laundry is about who is engaged, is on the pill, pregnant, thinks they might be pregnant or has just discovered that she isn’t pregnant. Despite the fact that the young women are studying for degrees the most important thing is boyfriends and the cachet having one gives them. The food on offer at the college is dire, but nobody complains, apparently young women aren’t expected to have appetites, their boyfriends would never put up with it.

There’s a lot of comedy and tragedy in this book and I found the ending to be so unexpected, but the whole thing is so well written and observed. It would be an education to female students today to read this as I’m sure there couldn’t be more of a contrast between college girls then where everything was geared to getting married for most of them and putting men on a pedestal, and now since the advent of so-called equality of the sexes where the young women know (I hope) that their future life is as important as any man’s.

Helen Dunmore said in the blurb: ‘Hilary Mantel is a wonderfully unsurprised dissector of human motivation, and in An Experiment in Love she has written a bleak tale seamed with crackling wit.’

4 thoughts on “An Experiment in Love by Hilary Mantel”