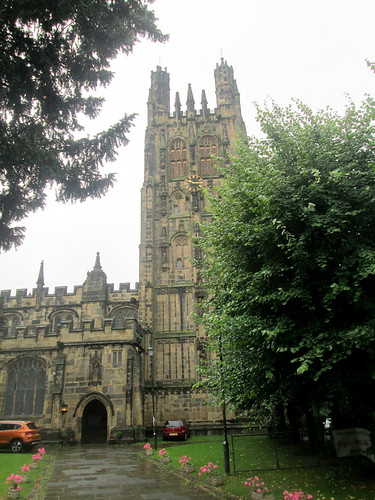 When we were in Wales, about a year ago now we were drawn to what we thought must be a cathedral, you can see it for miles around, but it turned out to be St Giles’ Parish Church. Apparently it’s known as the ‘Wonder of Wales’ and I’m not surprised at that, we didn’t actually get inside it as there seemed to be something going on which we didn’t want to gatecrash, however you can see some fantastic internal photos of it here. 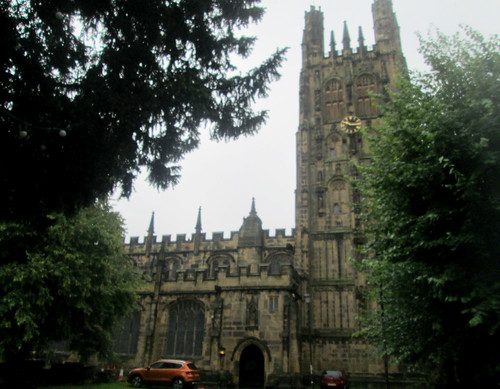 I am of course not the least bit religious but I’m interested in the buildings and the locations of old churches which are generally located on what had been places of worship for the Druids previously. I find their worship of nature more appealing, minus any human sacrifices, but that might just have been the Romans maligning a local religion!

The gates to St Giles’ from the town are fairly elaborate. 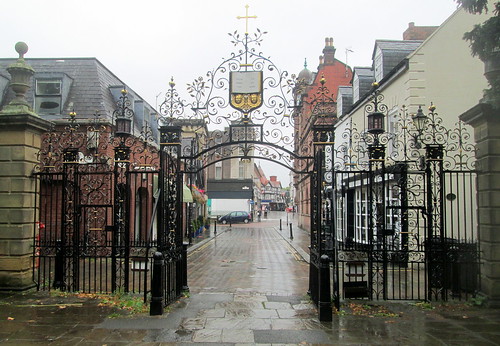