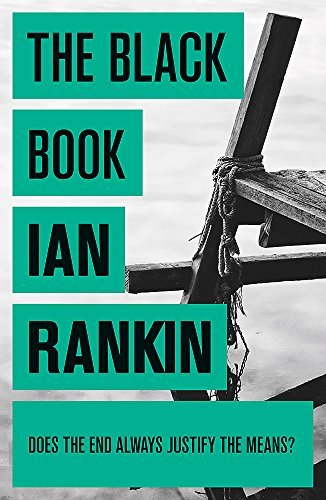 The Black Book by the Scottish author Ian Rankin is the fifth book in his Inspector John Rebus series. The setting is mainly Edinburgh but moves across the Firth of Forth to Fife from time to time as so often happens in this series. Rebus and Rankin both hail from Fife originally. It was first published in 1993 and it’s the first in the Rebus series which features his side-kick Detective Constable Siobhan Clarke. She’s a great character and really much smarter than Rebus, but he has the experience and local knowledge.

Rebus has moved in with Patience his girlfriend, she’s a doctor and is beginning to be impatient of his long working hours and broken promises. The writing seems to be on the wall for that relationship. To complicate matters Rebus’ younger brother Michael turns up – straight from jail.

Crime wise there’s an awful lot going on in this book, but Rebus is mainly focusing on a cold case. Five years earlier the Central Hotel in Edinburgh had burned down and a charred body was found in the ruins. They never did find out the identity of the body, but the hotel had been a bit of a den of iniquity, headquarters for all sorts of low life, including the biggest and most evil gangster in Edinburgh.

There’s violence but also plenty of humour and smart patter, so this was a really entertaining read. As the book is now 27 years old I suppose this can be seen as vintage crime now, it certainly often feels like that.

2 thoughts on “The Black Book by Ian Rankin”