Earlier in the week we drove to the very historic wee coastal village of Aberdour, just for a change of scenery. If you look carefully at the photo below you’ll see there are stone steps which have been cut into the rock years ago, but they have almost been worn away by the daily batterings from the Firth of Forth on its way to the North Sea. 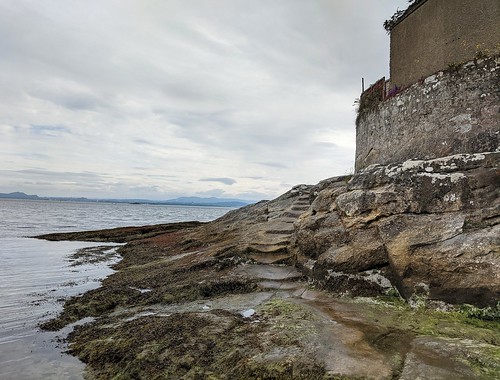 I was standing on the beach at Aberdour when I took these photos and if you click to enlarge you will be able to see Arthur’s Seat, the Salisbury Crags and the smaller lump of rock to the right is Edinburgh Castle. In reality you can see it fairly clearly from the Fife side of the Forth. 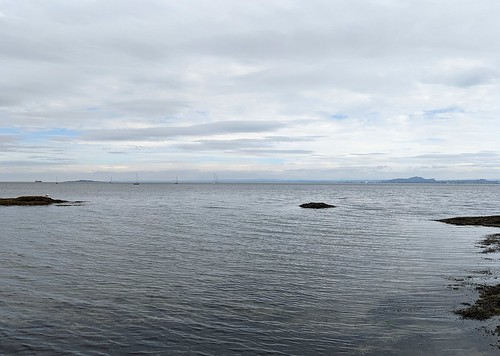 The large building at the far end of the photo below is a hotel, well it used to be but it may not be now. There were actually a couple of women swimming in the sea, I think they must have had wet suits on though as it’s absolutely freezing and it wouldn’t take long for hypothermia to set in. There weren’t many people around though so it all felt very safe. 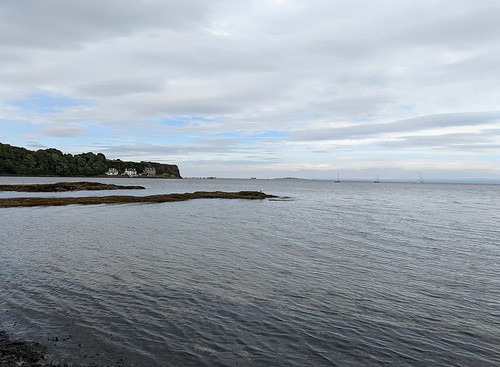 I should have taken a photo of the houses at the edge of the beach but I didn’t, however you can see them in the background of the photo below of Jack and our friend who had never been to Aberdour before. There are some lovely houses there but they would be very expensive as Aberdour is an easy train journey from Edinburgh. 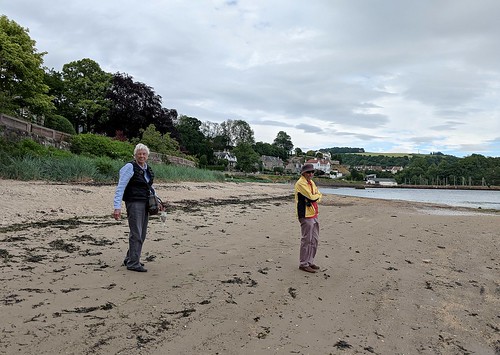 But Maureen thought that this quaint wee house below on the town’s High Street would just do her fine! Do you ever pick out a favourite house when you visit a new place? 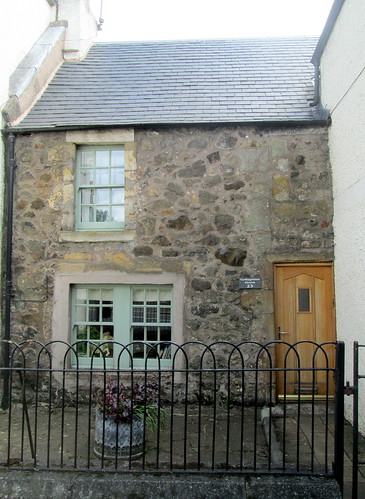 There are lots of images of Aberdour here.

7 thoughts on “Firth of Forth at Aberdour, Fife”