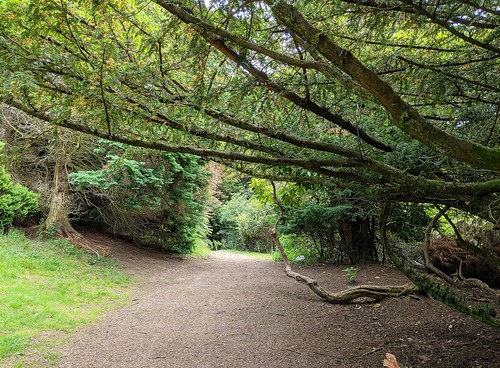 Just for a change – and a bit more exercise – one morning last week we walked the long way back home after picking up The Guardian from the shop. It was a quieter walk than usual. Join me for a wee ‘daunder’. 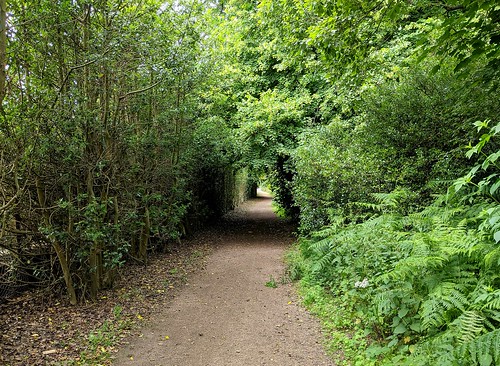 I think the photo below is of a Russian Vine or ‘mile a minute’ which is its common name, it does grow incredibly fast. 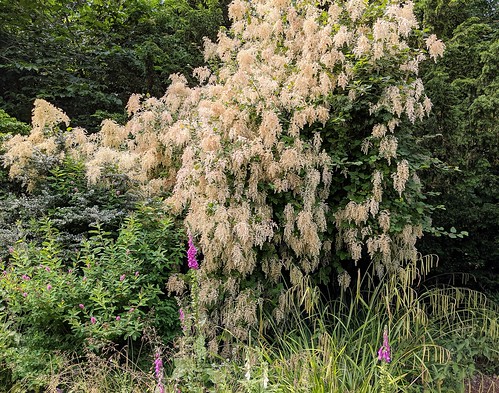 We chose the path that leads past the old stable block which has been converted into flats, the building looks quite smart at the moment I think – both halves of it. 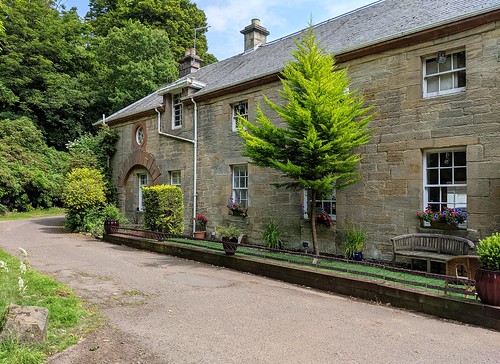 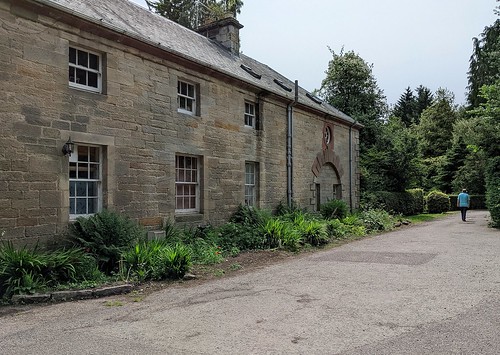 Taking a steep path we could look down on some of the trees, it was a really hot day – by our standards, so it wasn’t a comfy climb. 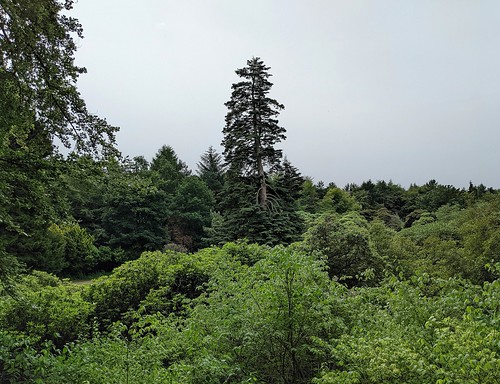 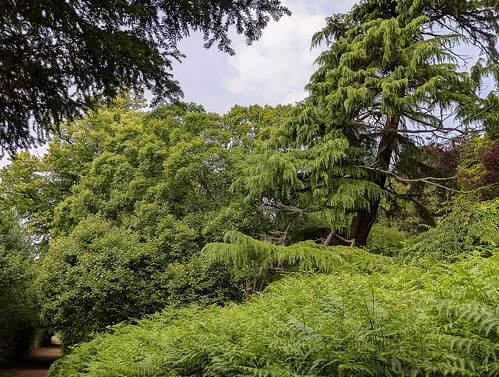 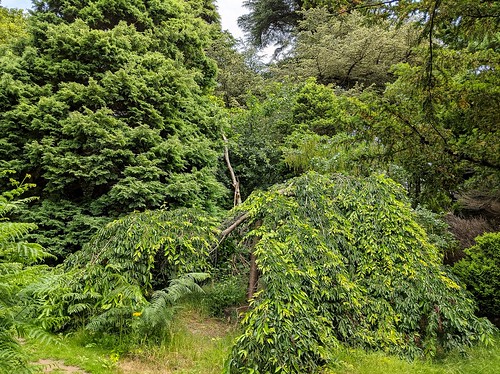 As we drew closer to Balbirnie House Hotel we could hear a piper doing his thing, but surprisingly there was no red carpet so presumably there was no wedding, maybe he was just practising. 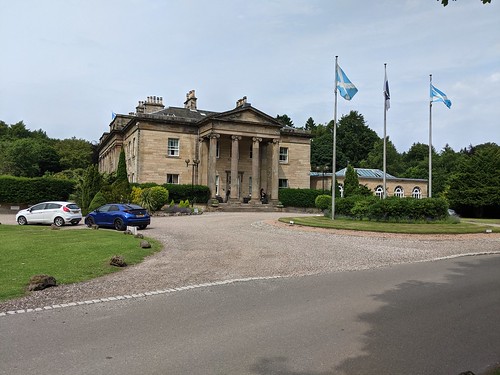 Today we heard a piper and Jack spotted him standing underneath trees at the back of the hotel, sort of surreptitiously. I had to laugh as there’s just no way you can play the bagpipes by stealth!

4 thoughts on “A walk in Balbirnie, Fife, Scotland”