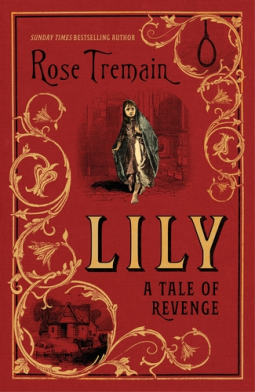 Lily by Rose Tremain is subtitled A Tale of Revenge. It begins in 1850 when on a freezing cold night a young policeman Sam Trench discovers a tiny baby which has been abandoned by her mother in a park near Bethnal Green, London. He takes the baby to the nearby London Foundling Hospital, better known as Coram, a home for orphans. The babies that end up there are farmed out to people in the country until they are six years old. The couples are given ten shillings a month to bring up the children so it’s just a way of making ends meet for them. But Lily’s foster family, farmers in rural Suffolk, Nellie and Perkin Buck grow to love her. At the end of the six years the unsuspecting Lily is dragged away from Nellie, the woman she loved like a mother and who loved her too, as did Perkin and their sons, they want to keep her but aren’t allowed to.

Then begins a nightmarish existence for Lily at the hands of the cruel sisters (presumably nuns) of the Coram. No toys or fun for the children who have to work, picking okum, scrubbing, washing clothes, sewing. Lily has been taught sewing skills by Nellie, but her skills don’t help her avoid the abuse and terror of the place.

It’s a twisted form of Christianity that’s taught there, but when Lily gets work as a wigmaker when she’s old enough to leave the hospital, the fate of the girls still left behind at the orphanage haunts her.

This is a really good read, despite the fact that it is a wee bit disjointed at the beginning, and it doesn’t have chapters, something that I dislike as I like to read to the end of a chapter before putting a book down and no chapters makes it difficult to break off. Having said that, I’m hoping that there will be a sequel to this book.

This is only the second book by Tremain that I’ve read, I read Merival previously and really liked that one too.

I was sent a digital copy of this book by the publisher via NetGalley. Thank you. The book is due to be published on the 11th of November 2021.

2 thoughts on “Lily by Rose Tremain”